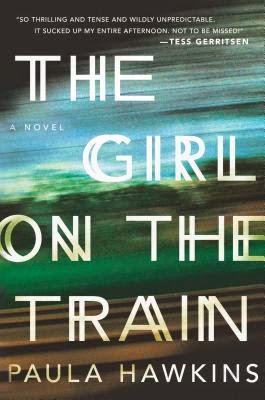 Here is the synopsis from Amazon.com (sounds REALLY exciting!  Perfect for summer):

A debut psychological thriller that will forever change the way you look at other people's lives.
Rachel takes the same commuter train every morning. Every day she rattles down the track, flashes past a stretch of cozy suburban homes, and stops at the signal that allows her to daily watch the same couple breakfasting on their deck. She’s even started to feel like she knows them. “Jess and Jason,” she calls them. Their life—as she sees it—is perfect. Not unlike the life she recently lost.
And then she sees something shocking. It’s only a minute until the train moves on, but it’s enough. Now everything’s changed. Unable to keep it to herself, Rachel offers what she knows to the police, and becomes inextricably entwined in what happens next, as well as in the lives of everyone involved. Has she done more harm than good?
Compulsively readable, The Girl on the Train is an emotionally immersive, Hitchcockian thriller and an electrifying debut. 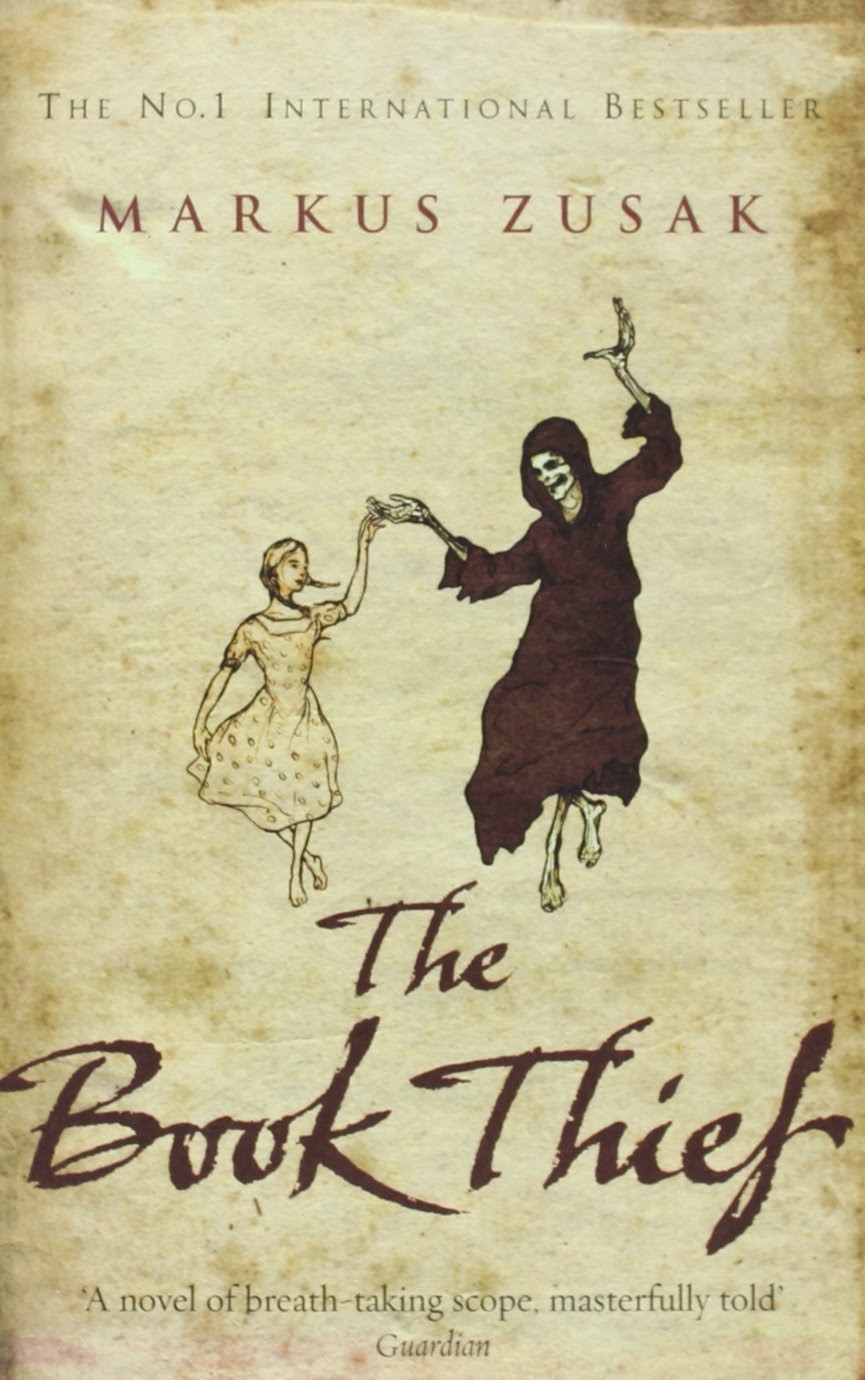 As said by Amazon.com (this story is told from the point of view of "Death", which caught my attention):

The extraordinary #1 New York Times bestseller.
It is 1939. Nazi Germany. The country is holding its breath. Death has never been busier, and will become busier still.
Liesel Meminger is a foster girl living outside of Munich, who scratches out a meager existence for herself by stealing when she encounters something she can’t resist–books. With the help of her accordion-playing foster father, she learns to read and shares her stolen books with her neighbors during bombing raids as well as with the Jewish man hidden in her basement.
In superbly crafted writing that burns with intensity, award-winning author Markus Zusak, author of I Am the Messenger, has given us one of the most enduring stories of our time. 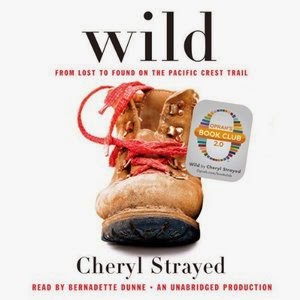 I have seen this all over the best seller lists for months and resisted picking it up...especially after it became a movie starring Reese Witherspoon ha-ha.  It looked a little bit dull to me, a story about a woman walking hundreds of miles...yeah, not sounding especially note-worthy or attention-holding to me.  However upon examining it more closely, I was surprised to find myself think that it actually sounds quite good, I personally love a great memoir and I have heard ravings about it from friends.  So I am going to give it a shot.

This book is about a 22 year old girl, seemingly having it all, but after her mothers death, her own marriage crumbles and then realizes she has his rock bottom when she finds herself shooting up heroin with her new junkie boyfriend.  So she decides to get away from it all, as she knows she is dancing perilously close to going down a truly horrible path, and hikes 1,100 miles completely on her own.  I'm intrigued. 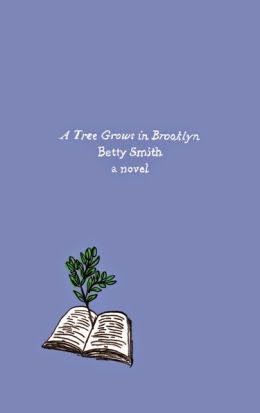 From Amazon:  The beloved perennial classic—named as one of the books of the twentieth century by the New York Public Library.
Orville Prescott has called this American classic “one of the most dearly beloved and one of the finest books of our day.” Indeed, when A Tree Grows in Brooklyn was first published in 1943, four printing plants were required to keep up with the demand.  (Whoa.  Cool!!  That caught my attention).
Seventy years later, readers are still fascinated by Betty Smith’s moving portrayal of the Nolans, a poor family living in the Williamsburg slums of Brooklyn. A poignant tale of childhood and the ties of family, A Tree Grows in Brooklyn will transport the reader to the early 1900s where a little girl named Francie dreamily looks out her window at a tree struggling to reach the sky. 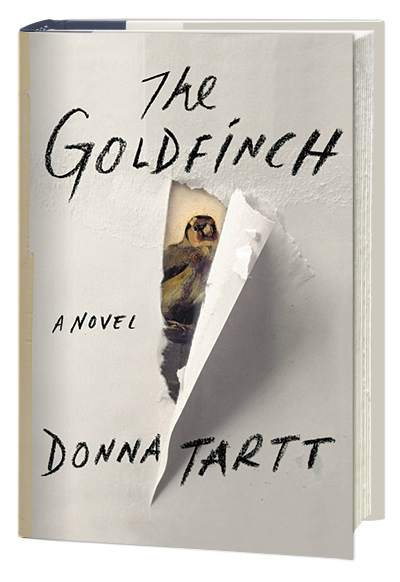 Yes.  This book was so incredibly showstopping, engrossing, beautifully written, suspenseful and just plain awesome that I will be buying my own copy to keep (shortly after returning my library copy) and re-reading this epic sometime this summer.  Ideally sitting in the sun under a tree in one of the peaceful parks within Frankfurt with something yummy to snack on while I become lost again in this amazing story. 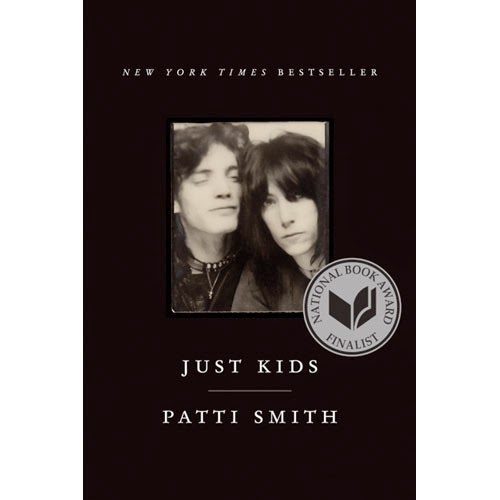 One more re-read.  I read this once on a whim, not particularly super interested initially but just giving it a shot because of the great reviews.  And this was another show stopper.  Both "The Goldfinch" and this book have secured spots on my very-favorites-of-all-time list.
This is a true story, a memoir, written by the world-famous singer, Patti Smith.  Its about her arrival in NYC at the age of 18, destitute, homeless and alone.  It was then that she met Robert Mapplethorpe (he went on to become a famous and quite controversial artist).  This is the story of NYC in the 70s (the scene she paints for us is magical and engrossing), as well as the story of their friendship.  Lovers first, but later on Robert comes out as being homosexual (this crushes Patti, as they were pretty deeply in love), yet, they go on to grow into something deeper in some ways...closer...better in many ways then if they ended up together romantically.  This is the truest example of soul mates that I have ever come across before (out of all literature, film and TV shows).  Their story is a stunning read. 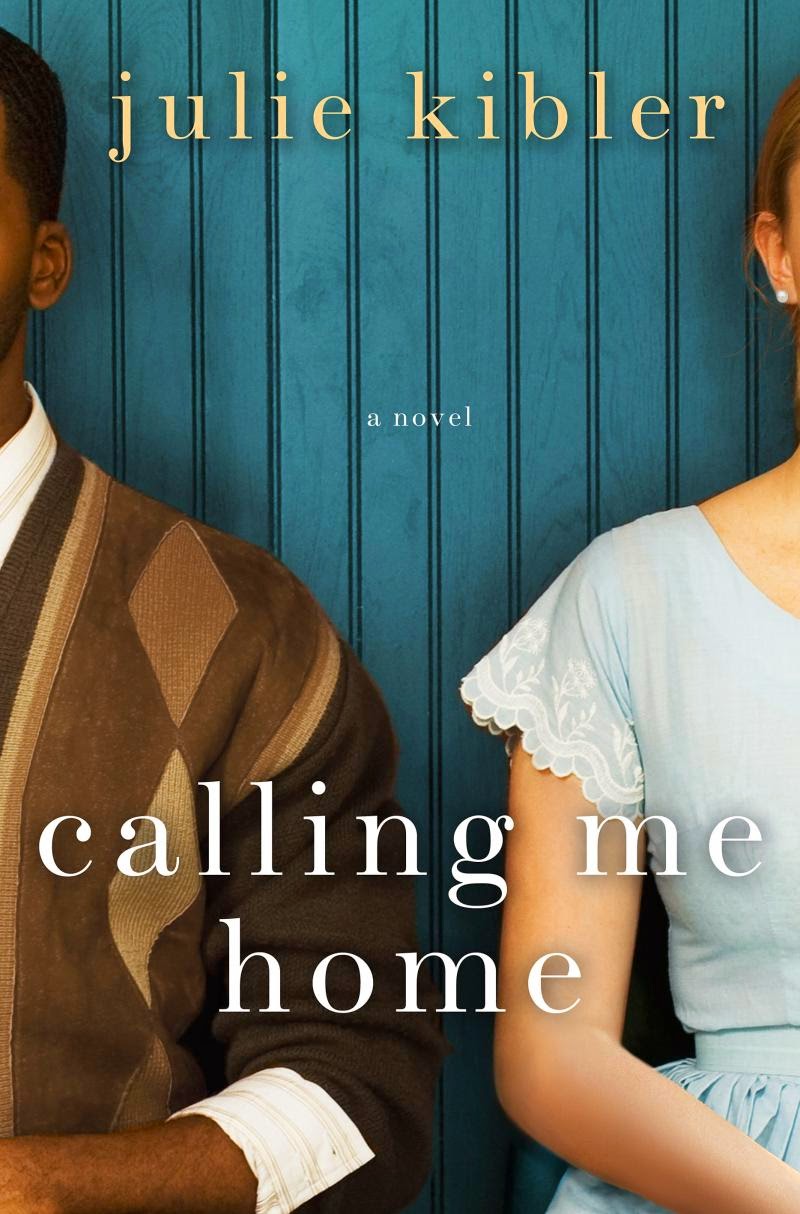 Here is the synopsis from Amazon.com:


In Calling Me Home by Julie Kibler, eighty-nine-year-old Isabelle McAllister has a favor to ask her hairdresser Dorrie Curtis. It's a big one. Isabelle wants Dorrie, a black single mom in her thirties, to drop everything to drive Isabelle from her home in Arlington, Texas, to a funeral in Cincinnati. With no clear explanation why. Tomorrow.
Curious whether she can unlock the secrets of Isabelle's guarded past, she agrees, not knowing it will be a journey that changes both their lives.
Over the years, Dorrie and Isabelle have developed more than just a business relationship. They are friends. But Dorrie, fretting over the new man in her life and her teenage son's irresponsible choices, still wonders why Isabelle chose her.
Isabelle confesses that, as a willful teen in 1930s Kentucky, she fell deeply in love with Robert Prewitt, a would-be doctor and the black son of her family's housekeeper--in a town where blacks weren't allowed after dark. The tale of their forbidden relationship and its tragic consequences makes it clear Dorrie and Isabelle are headed for a gathering of the utmost importance and that the history of Isabelle's first and greatest love just might help Dorrie find her own way. 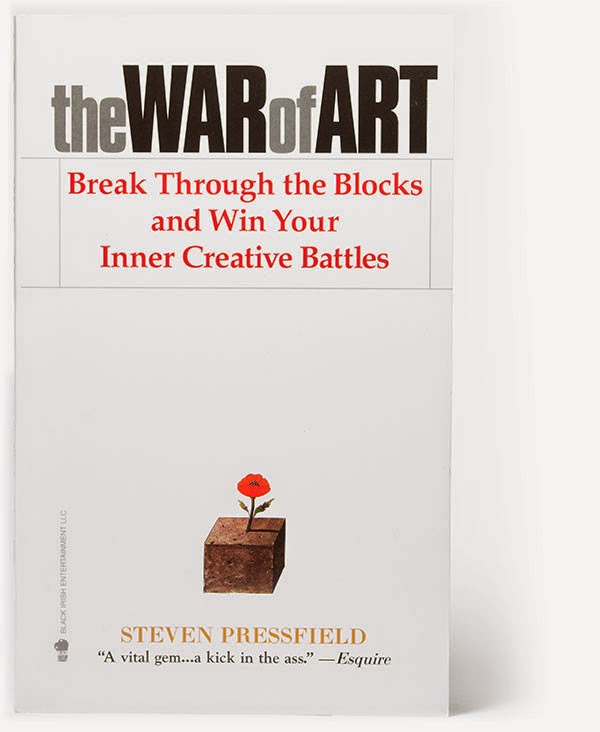 I stumbled across a recommendation of this book more then once on Pinterest, when searching for potentially good reads.  So I think I will give this non-fiction book a shot.  I love to write but I do not do it nearly as often as I should or want to.  I am hoping this book will help with my motivation in this area...

Amazon.com synopsis:  A succinct, engaging, and practical guide for succeeding in any creative sphere, The War of Art is nothing less than Sun-Tzu for the soul.  What keeps so many of us from doing what we long to do? Why is there a naysayer within? How can we avoid the roadblocks of any creative endeavor—be it starting up a dream business venture, writing a novel, or painting a masterpiece? Bestselling novelist Steven Pressfield identifies the enemy that every one of us must face, outlines a battle plan to conquer this internal foe, then pinpoints just how to achieve the greatest success. The War of Art emphasizes the resolve needed to recognize and overcome the obstacles of ambition and then effectively shows how to reach the highest level of creative discipline. Think of it as tough love . . . for yourself. Whether an artist, writer or business person, this simple, personal, and no-nonsense book will inspire you to seize the potential of your life. 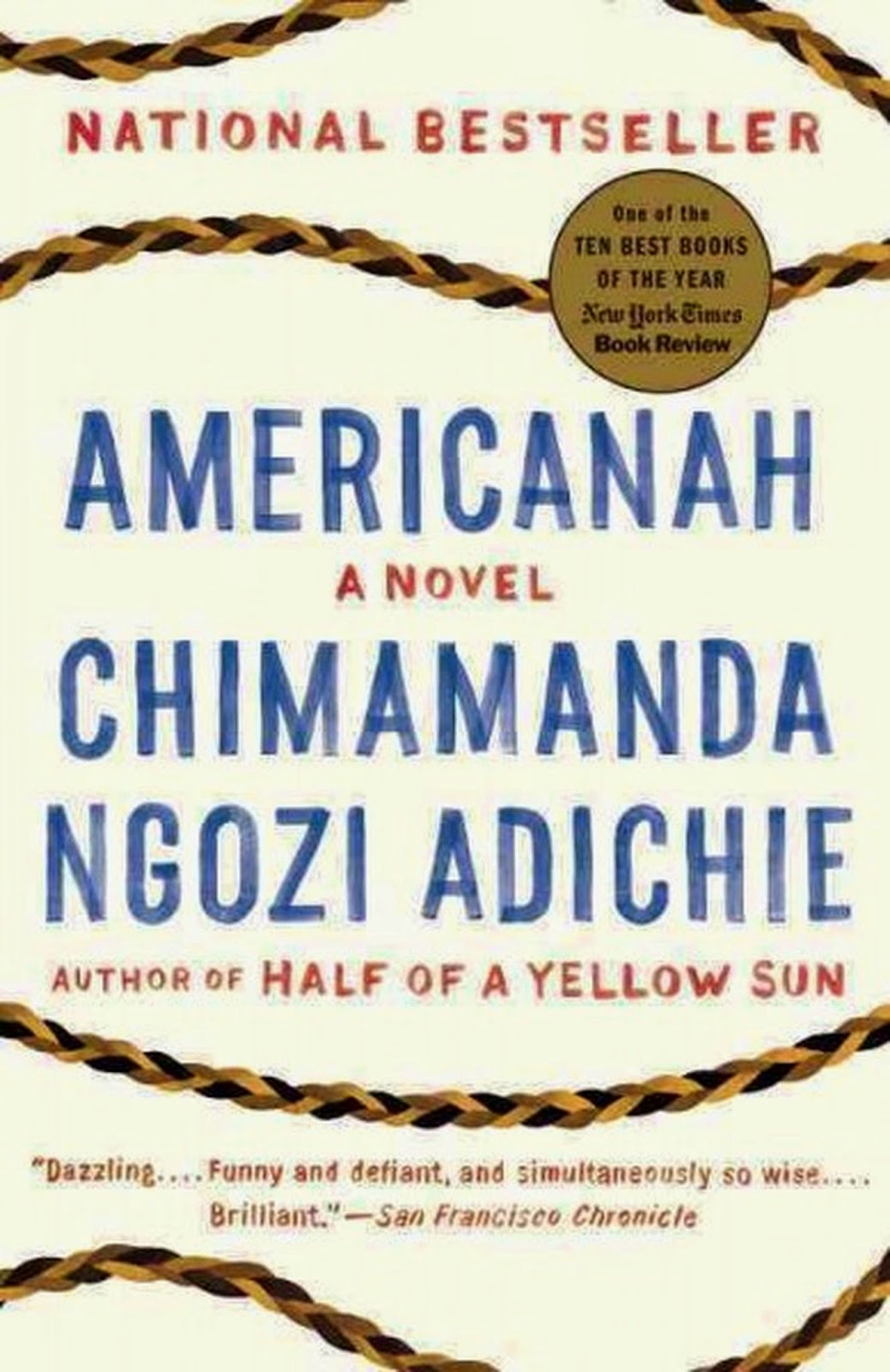 As said by Amazon.com:
One of The New York Times's Ten Best Books of the Year

An NPR "Great Reads" Book, a Chicago Tribune Best Book, a Washington Post Notable Book, a Seattle Times Best Book, an Entertainment Weekly Top Fiction Book, aNewsday Top 10 Book, and a Goodreads Best of the Year pick.
A powerful, tender story.  Ifemelu and Obinze are young and in love when they depart military-ruled Nigeria for the West. Beautiful, self-assured Ifemelu heads for America, where despite her academic success, she is forced to grapple with what it means to be black for the first time. Quiet, thoughtful Obinze had hoped to join her, but with post-9/11 America closed to him, he instead plunges into a dangerous, undocumented life in London. Fifteen years later, they reunite in a newly democratic Nigeria, and reignite their passion—for each other and for their homeland.