How Labels Shortchange Us

While labels do serve several purposes (convenience, easy quick explanation when needed), I believe that more often than not, they actually instead tend towards shortchanging us, offering only minute levels of understanding of much bigger and more complex pictures, and just generally tend to be sort of lame.  Allow me to please explain. 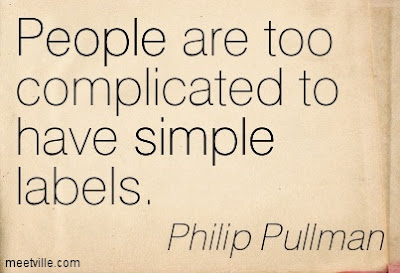 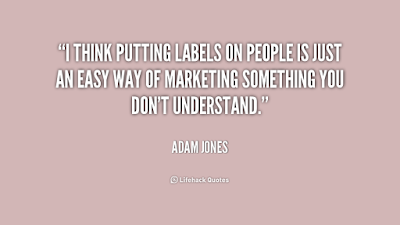 1. The same labels are used and applied as blanket titles of sort, when actually, they are likely being used on what are vastly different types of relationships, connections and experiences.

Such as, the labels of boyfriend/girlfriend, husband/wife, sister/brother, and friend.  For instance, in considering the word "husband," while one husband might be kind hearted, doting, loving, and in love with his wife.  The two of them sharing a deep emotional connection and friendship.  All while another husband routinely ditches his wife, isn't attentive or kind, and even occasionally gets physical with her.

Those are two opposing extreme examples, I realize.  But the point being, both are called "husband" when the nature of what they mean to their wives, as well as the roles they tends towards filling in general, are worlds apart and completely different from one another.  So why is it that they earn the same title/label?  This, to me, seems not quite right.  The same word is used though simply because its easier.  However, the problem with this is that easy labeling gives us zero understanding into what the relationship actually is.

Additionally, take the label of "friend."  Or even, "close friend."  While one of these people in our life might be consistently there for us, loyal, kind, fun to be with and puts in much effort to the relationship, another friend by whom we call the same title might be generally kind and fun, someone we really like and often confide in but also frequently flakey, someone who lets up down a fair amount, and someone who isn't especially awesome all the time.  Yet, how is it that both of them are given the same title?  When these are clearly two friendships with very varying nuances to them.

The words "brother/sister," tell you nothing about the nature of that relationship.  Some siblings absolutely hate each other.  Others have soul mate like depth and closeness between them.  Many others have some graduation in between.  But that label doesn't tell you much of anything with regards to such. 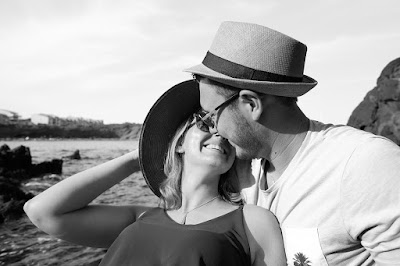 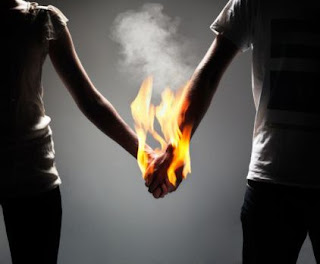 2.  Labels are narrow and immediately conjure up certain assumptions, which may or may not be true.  In fact, very likely much of the time, they will not be.

A few examples: one with regards to human sexuality.  The labels we have available for use are "straight," "bisexual" and "gay."  That's it.  When in reality, human sexuality exists on a wide swinging spectrum.  Something more along the lines of a 1-20 type of rating (1 being straight as an arrow, 20 being gay, with much possibility in between).  Most people are not a "1" or a "20."  Most fall somewhere along the continuum.  Someone might be a 3, another person may be a 7, while another is a 16.  Someone can generally be attracted to one gender, but have fleeting moments of attraction to the other.  This doesn't make them "gay," nor even "bisexual" necessarily, depending on the level and depth of attraction felt fleetingly for the less commonly attracted to gender.

Yet, we live in a culture that loves labels.  So most people would respond to such a situational with something like, "well, then that means he/she is bisexual.  If they feel attraction, ever, to the other gender too, then they are bi.  End of story."  But does it?  What is they have merely fantasized about kissing the same gender once or twice, but the idea of going further with them feels over the line and un-arrousing.  To me, that isn't so simple as being bisexual.  Its less so, but not quite a "1" either.  Thus, this person falls on the continuum somewhere.  Our society is not one that likes ambiguity.  We need to label things clearly, in neat little boxes.  It makes us feel more comfortable.  Black, white.  Good, bad.  Right, wrong.  Ugly, beautiful.

Another example of labels being narrow and conjuring up certain (often untrue) assumptions.  The label of "mentally ill."  This carries, for a lot of people, much stigma.  People make assumptions like "crazy," or other detrimental, simplistic, more often than not incorrect assumptions about such a label.  All of which remove possibility and complexity from all that make up who a person really is. 3.  Labels can be, sometimes, possessive.  "My" girlfriend.  "My" best friend.  Connections between people are complex, layered, fluid, and yes, tenuous.  Attempting to posses someone by calling them "mine" is both unfair and unhealthy.  They are someone with whom you have a unique connection, whatever the nuances and depth of that might be.  They are also a free, independent being.  You do not posses them in any way.  While I don't think this is usually intentional, I do think sometimes labels can carry this tone to them. 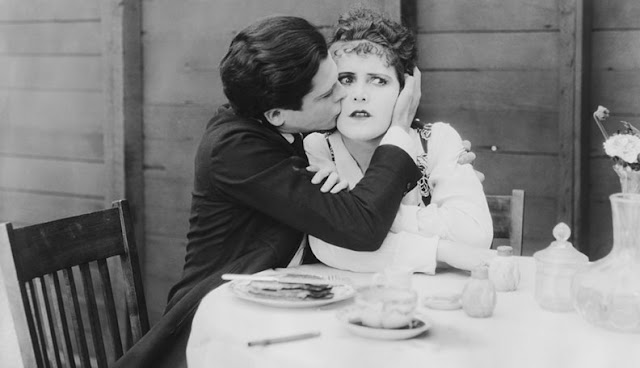 4.  While labels serve to quickly, conveniently convey to an outsider some fast, basic facts in a nutshell, they often equally serve in cheapening or shortchanging whatever they are attempting to be conveying.  Such as, the label of "girlfriend" or "boyfriend."  Maybe over the course of a persons life, they have had 2, 3, 4 significant others, but each of these have been wildly differing connections, experiences, and have brought forth very different emotions.

For example, maybe significant other #1, while seemingly at first was an exciting, good thing, turned out to be unhealthy, stressful, a toxic and generally negative match over the big picture after all.  That what you thought was love, in many ways, actually wasn't in retrospect.  Then, maybe significant other #2 was a happy relationship.  Someone you cared for very much.  It was a healthy, positive union, potentially even a bit more so of a close friendship.  Then possibly significant other #3 was more short and sweet, but intense.  For someone you felt strongly, but knew all along wasn't going to work.  Maybe it was an extramarital affair, maybe there was an expiration date on the relationship of some kind-which both of you knew of going into it, whatever the reason, while powerful, it was short lived.  And finally, maybe in significant other #4, this one had potent, intense chemistry between the two of you.  The relationship was somewhat challenging, but equally such fun.  It was healthy and supportive.  Deeply emotional.  This being the one that packed the most powerful emotional wallop of them all.  The one for whom you felt the strongest.

Each of these connections/relationships and emotional experiences were quite different from one another.  And yet, we would label them all collectively as having been either "girlfriends" or "boyfriends" (depending on the gender).

Don't get me wrong, I get it.  Labels serve as a quick, easy stamp on something to help convey some semblance of meaning and the nature of the relationship to outsiders.  Going into in-depth explanation about all the nuances, as in the example above regarding different relationship experiences, there are only specific times and places for such.  So I realize that labels do serve a purpose, for sure.  There are times when the label is needed, and is the only appropriate explanation or answer for a given situation.  So I am not arguing against labels totally.  I am merely making the point that sadly, while they do serve a purpose, labels do tend to severely lack any depth or true sense of explanation to all that really lies behind such a label. 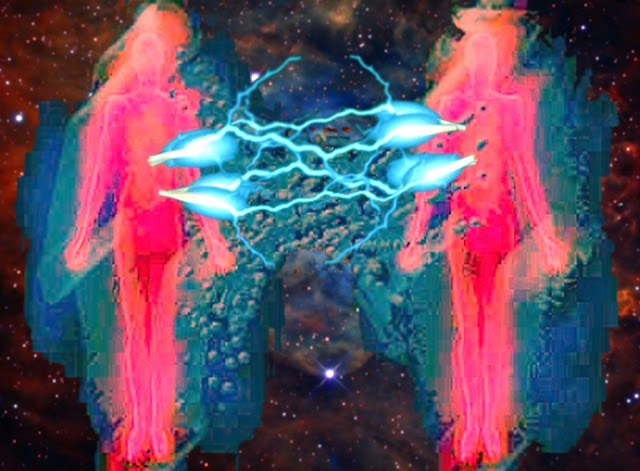 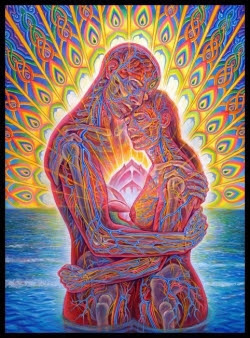 5.  Labels are static, where life, emotional states, relationships, anything really, are not static at all.

If I say, "I have depression," this is something that can ebb and flow, fluctuate and even disappear entirely, depending on the day, week, month or year.  If someone is devastated, lamenting having lost the "love of their life," only to realize later on down that road upon meeting someone else that actually, they were wrong about the previous one.  That there were bigger loves to come.  Having labeled that first, initial person as "love of their life" was incorrect.  These are two examples of labels that, despite being given in the moment with certainty and confidence, can change and evolve.

Thus, labels in general, are rather narrowing.  They do not make much room for something great, different or new, now or down the road.  They don't invite in possibility.  They close it off. 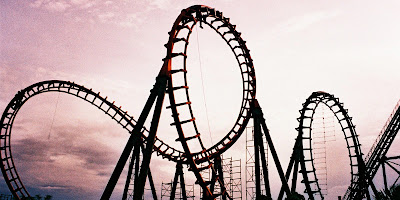 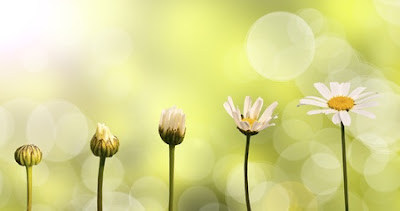 In conclusion, I totally get that there is a time, place and purpose for labels.  Sometimes, we need them.  They offer a quick, easy explanation in many moments when just such is needed and even is the only socially appropriate way to go.  Labels in this sense, can be a good and functional thing.  However, I think we overuse them.

I feel that labels tend towards shortchanging, sometimes cheapening, or taking away from the explaining of and understanding the things in our lives.  Whether it be our relationships with others (friends, romances, etc.), our sexuality, other passions and loves in our lives, etc.  There is a time and a place for labels.  But I believe its also rather crucial that we remember, labels only tell us so much.  In fact, they don't really tell us much at all.
Posted by missbrooke28 at 11:20 PM