Why Every American Should Live in Europe Once


Back in autumn, 2013, I packed my entire life into four suitcases (no easy feat, Ill tell ya) and flew one way to Europe where I planned on living for one year.  I didn't have a job, knew no one, nor did I speak the language. 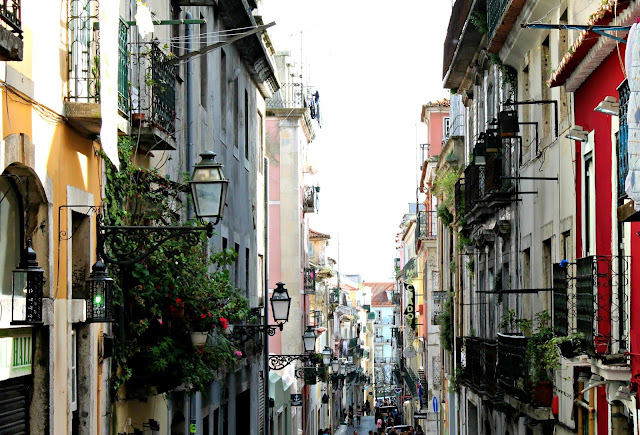 Specifically, I ventured to the Czech Republic.  Signing up for a TEFL course in what I hoped would be a means of securing both a job, as well as a way of paving the path for a social life of some sort, whilst building a life during what I anticipated being the short lived, punctuated chapter I would spend in Europe.


I ended up staying for four years.  Within those initial couple of months spent living in the Czech Republic (specifically Prague), I completed the TEFL certification, began building a handful of budding, warm, joyous friendships, as well as started my own private English lesson business.  Hanging signs all over the city, in bus terminals, inside the entryways of the local university, tucked in café foyers, and within one week obtained some six or seven clients.  Enough to scrap together over half of a reasonable monthly salary.

I reveled in this.  Meeting my clients in all manner of cozy cafes and cute eateries.  Interacting with a diverse range of people, including Czech children, a young Italian woman, two Russian girls, as well as a young Chinese man.  Incorporating into our lessons TED talks, various readings, conversational activities, new articles, and more.  Each lesson of course, tailored to the individual.

I ended up living just a stones throw away from Old Town Square, be still my adventure loving heart.  Talk about a dream address.  This aligning of the stars, the result of someone I had known back in Boston, connecting me with a friend of hers who happened to be Czech and living in Prague!  Her elderly father, having a room for rent in his flat. 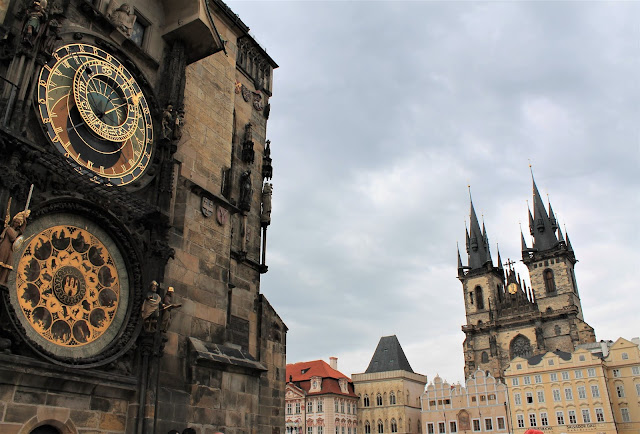 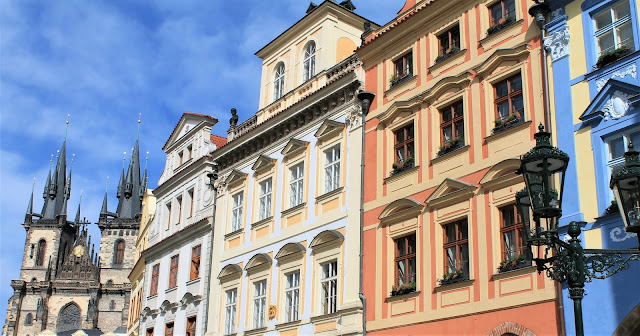 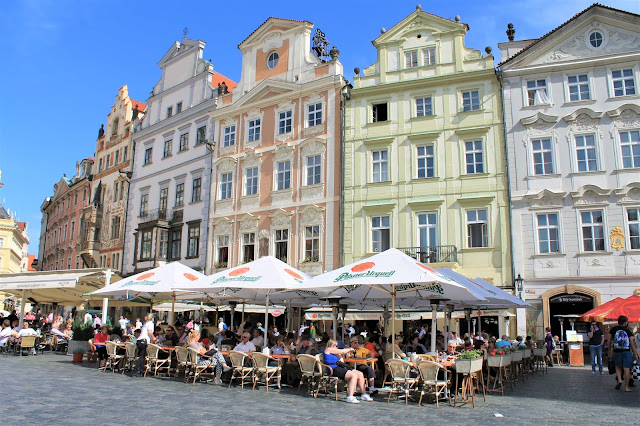 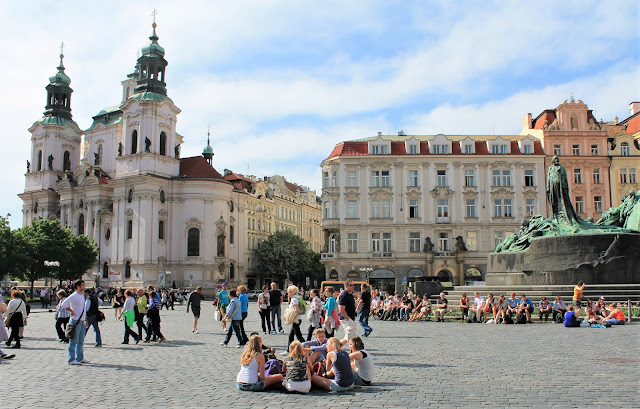 I ended up making the leap over to Germany for what, at the time  was deemed an impassioned love affair.  On reflection though, realizing it was a rather one sided chasing.  The object of my affections, emotionally stunted and distracted by unhealthy endeavors which robbed him the ability at being any semblance of a partner.  This was a childish mismatch at best.  However, my having moved to Germany was very much meant to have happened.  He wasnt the reason for such.  Instead, merely the catalyst for urging me in this necessary jumping.  It took me some time following the conclusion of our relationship to see this.

With just 3 weeks remaining on my tourist visa on arrival in Germany, I pounded the pavement looking for a job.  Handing out resumes, both in person and sending them out via the internet.  Doors were shut in my face, heads shook in declining necessity of my work.  Finally, a mere three or four days prior to my visa running out, I landed a job teaching English in the same classroom daily within a school in Frankfurt.

I loved this, heart surging and excitement firing through my body in the creation of lessons for the kids.  Drawing pictures of faces depicting various emotions for teaching them the words "angry," "sad," "surprised," "happy," etc.  Playing drawing games with the kids, teaching them the colors, running through the alphabet, charades used for learning animals.  Noteworthy and sweet connections were formed with several of the children with whom I worked.  And even after departing from this school for a different job, staying in touch with a handful of these same children to whom I taught English in the evenings each week after their finishing school.

During my time in Germany, I traveled as much as my meager salary would permit, which was surprisingly a decent amount.  I began this very blog, which has gained significant readership- much to my shock, awe, and thrill.  I owe many thanks and much gratefulness to those who have chose to read of my adventures and musings along the way.  I developed several meaningful, poignant, warm and wonderful friendships.

This was, without question, a pivotal, marvelous, growth inducing, deeply happy phase of my life.  I wouldn't change it for anything.

Thus, on reflection, in gazing back at the landscape of all I experienced, saw, accomplished, and did, I would absolutely urge and recommend (even respectfully, almost insist ;-)) that every American live in Europe at least once in their lifetime, and for the duration of one year, at a minimum.  Prior to biting the bullet and actually embarking on doing so, its a daunting, anxiety inducing, scary imagining.  However, within as well as following such a life chapter, it an incredibly powerful, thrilling, character altering, and awesome experience, to say the very least.

Here are the reasons I believe each American should live in Europe at least once: 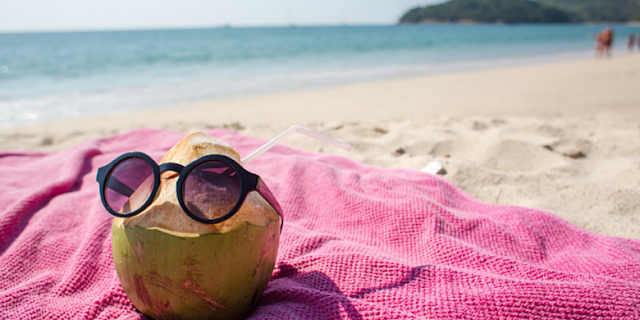 The vacation time.  It sounds fantastical, or even as though not the biggest of deals.  I can assure you though, after living in both situations and now armed with the comparison, it makes a world of difference.  In the US, we receive 10 days of vacation annually, starting.  Maybe slightly more if you are incredibly lucky.  In Europe?  The standard is 6 weeks starting, and thats entry level jobs.

Further, there isnt the shame attached to taking vacations in Europe that we often tend to have as Americans.  The line of thinking crammed down our throats and the rather unhealthy and inaccurate valued mantra of "work, work, work, working harder and longer is better and best."  (Interesting because actually, numerous studies have shown that people who take frequent vacations are actually happier and more productive at work, than those who do not).

On the other side of the pond, they prize their time to relax and recharge.  To adventure and discover.  They enjoy their work, even work hard, yet they prize life, relationships and endeavors outside of work just as highly.  They talk excitedly of upcoming vacations, this a common conversation among colleagues.  Having more vacation, and not just vacation but just living within the general mindset that ones life outside of work is equally as important, valued, and respected, makes for a significantly happier and emotionally healthier life.

The ease with which one can hop, skip, and jump to neighboring countries.  One week in Portugal (when living somewhere in Europe), about $600.  At least thats what it cost me, airfare and Airbnb included.  A week in Portugal from the US?  That would run you some $2,000, including airfare and sleeping arrangements. 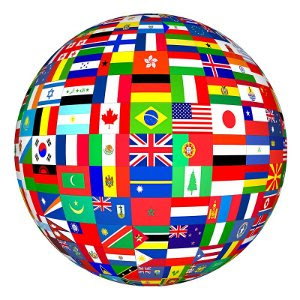 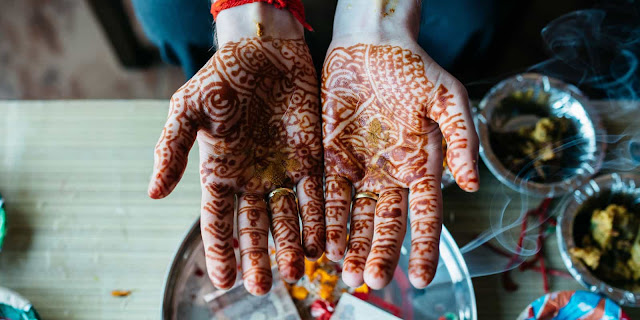 Experiencing a different culture in full.  And no, traveling somewhere on vacation for a week is no comparison.  Living somewhere for a year though- talk about mind expanding, emotionally challenging, and majorly growth inducing.  Learning to navigate other cultures mannerisms, ideals, and ways of life.  Its an immensely character building thing.  Invaluable and life changing. 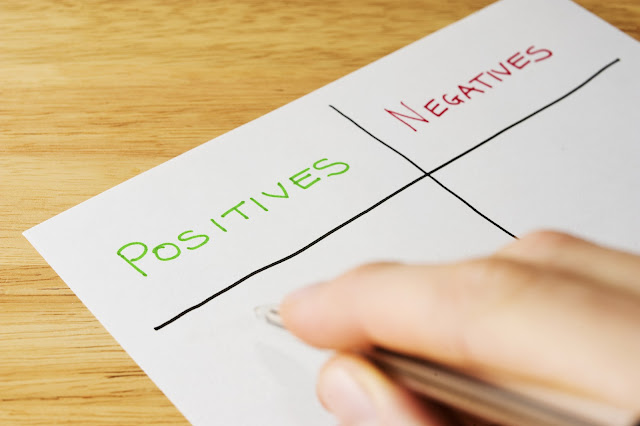 In line with the above point, no one culture is ideal.  And that includes America. All cultures have insightful and positive aspects, along with negative and nonsensical, even crappy ones.  Some cultures have more of one type than the other.  But the point is, when you live in another country/culture, you will experience ways of living that are both worse, as well as better than your own culture.

This is a priceless thing.  Allowing one a patchworking combining of their own values, ideals, and preferred ways of living which one already had, along with those that were experienced and picked up along the way in living within differing cultures from ones own. 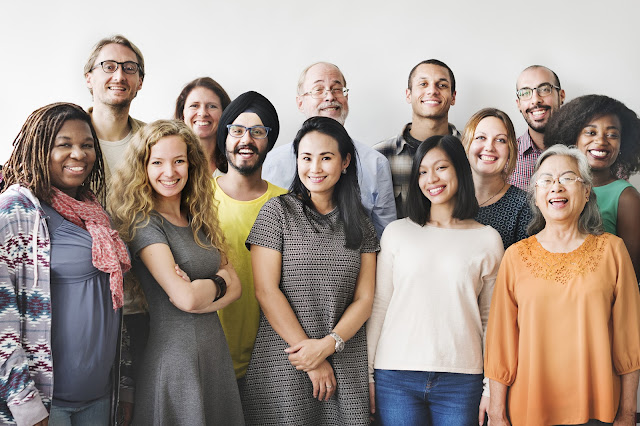 Exposure to a diverse range of friends.  So many of us tend towards gravitating to people who are, more or less, like ourselves.  With similar interests and jobs, often the same gender, and of similar values.  When living in another culture from your own, one is thrust into the unique experience of (frequently) being the minority.  Finding oneself forced to push your comfort zone and thus, offering ample opportunity for a wide range of types of people as friends.  A majorly enriching experience.

Whilst living in Europe, I made friends with both men and women.  Their ages spanning from 25 to 60 years old.  They were English, French, Indian, American, German, Bosnian, and Czech.  This was so much more interesting, I realized, than routinely choosing friends who are "more like me." 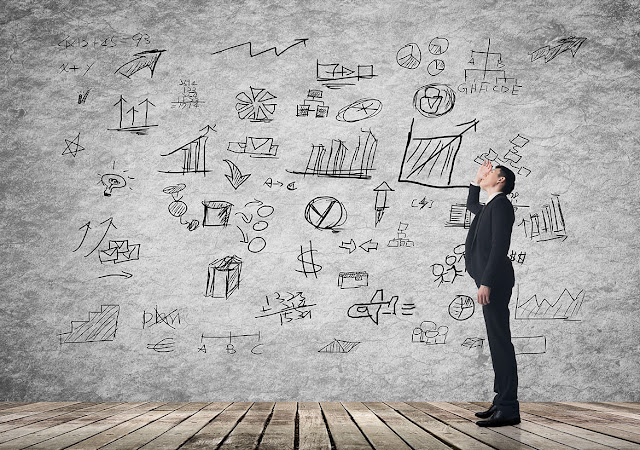 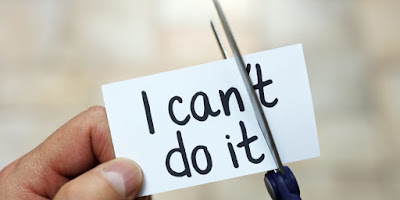 In living abroad, you are forced into learning numerous new skills.  Many of which you likely wouldn't be pushed into otherwise.  These can include, though are certainly not limited to: learning a new language, mastering the ins and outs of international travel, accessing your inner resourcefulness and bravery, becoming skilled at being more outgoing, strengthening your math skills (in learning another currency and then conversions of such), learning how to cook new recipes from the culture you are within, map navigation, varying cultural customs, and more. 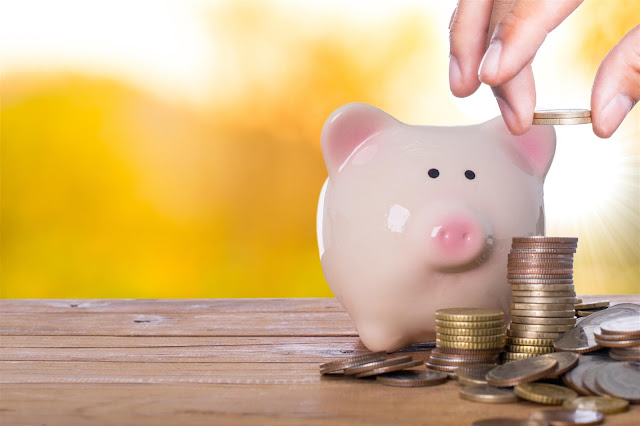 The reason I chose Europe specifically as a place in which everyone should live is because I found it quite cheap to live there.  I made the lowest salary of my life (in the range of $1600 monthly).  And yet, after paying the grouping of bills I had (rent, cell phone, train pass, groceries, gym, student loans), was left with not a lot but enough to travel as long as I kept it semi cheap.  And even then, I still enjoyed myself thoroughly.  Meaning, yes I was on a budget, but not so constricted as to have zero wiggle room or space to treat myself.

Carefully and mindfully, you can live happily within many places throughout Europe off not especially large sums of money, while still traveling, adventuring, and having an immensely fulfilling and rich experience.

The food!  Sure, there are numerous fantastic foods and delightful eats over here in America.  However, much of our food has gotten way unhealthy.  A sweeping majority of it processed, chemical laden, overflowing with sugar, chock full of grains and wheat, an explosion of calories and fat.  Even fruits and vegetables are now covered in chemicals and are often not especially nutrient dense.  Stored in warehouses for long stretches of time before our receiving the foods, which by then means its mostly sapped of nutrients.

The food in Europe is largely, incredible.  Fresh.  Scrumptious.  Healthier.  More natural.  Less sweet and chemical laden.  The real deal.  Living in Europe will afford you the opportunity for sampling so many satisfying and scrumptious dishes and foods that you wouldn't have the chance to eat otherwise.  It can inform and alter your eating habits for life.

Because while sure, you can get any kind of ethnic food over here, it isnt nearly of the same quality as one can get when eating the authentic and original foods from that specific country, when actually there visiting.


Another reason I chose Europe: the mere hours from so many varied, awe inspiring, incredible places you are then close to.  Providing ample opportunity and easy for exploring such.  Including, though of course not even close to limited to all of the adventures I was able to embark on, showcased in the photos above.


Living in another country, Europe or otherwise (though for this article, I am touting Europe) is an invaluable experience you cannot gain elsewhere.  It stretches and shifts who you are, in both countless small ways, and in significant, poignant ones.  Everyone should do it once.  Specifically, every American should live in Europe. 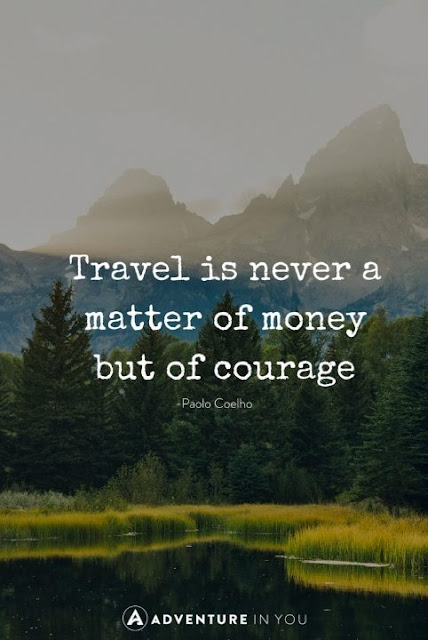 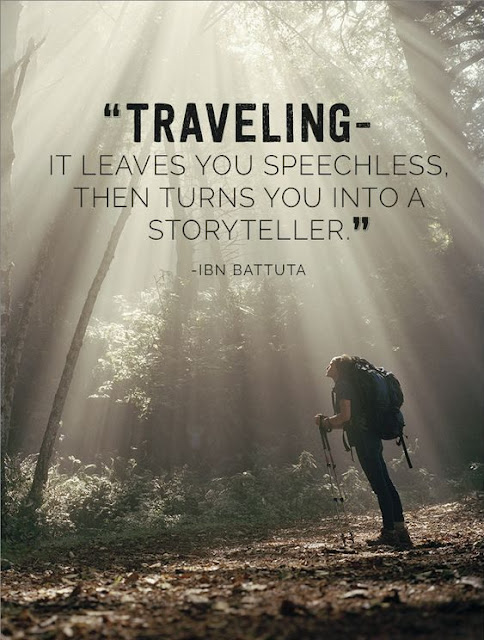 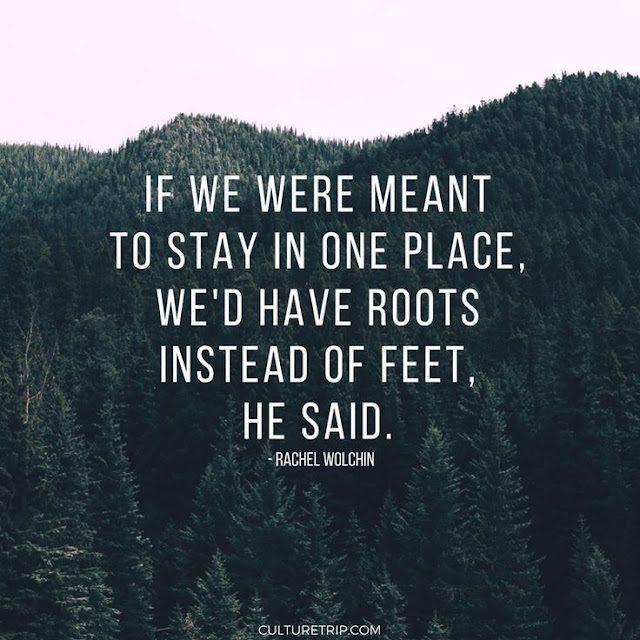