It Isn’t Just Gun Control. It’s How We Are Socializing Our Men.

Little boys are often told, “Don’t be a cry baby, be a man.” The underlying message here: men don’t display emotions or vulnerability.
“Real” men are stoic, unflinching, and unemotional. Boys also often hear things such as, “You throw like a girl, come on, man up,” or simply, “Don’t be such a girl.” The implications here: femininity and women are bad, less than, not something a man should ever wish to be, and women are persons deserving of less respect.
Young boys are given frequent messages, and in varying ways across the board, that girls are weaker and less intelligent, not worthy of the same esteem and regard, that they are not to be taken seriously, nor looked up to. Instead, women are to be looked down on, disparaged, even disregarded entirely.
Boys and then men are taught that any display of emotion is a gendered thing, meaning not for males. At least not “real” men. Men are raised to stifle their emotions. For any real expression of feelings, especially vulnerable ones or those deemed “weak,” men are routinely made fun of, diminished, and bullied. 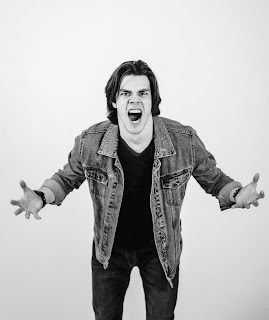 Across many contexts from work, to sports, to even home life in some cases, young men are discouraged from being tender, affectionate, gentle, from admitting feelings of insecurity, anxiety, or fear. Thus, many men feel they are left with little choice other than to attempt conforming to the narrow, unforgiving standards which our culture erects for them.
This conforming and as a result, emotional stifling leads to repression of feelings, low emotional intelligence, as well as — at its extreme — a sense of searing aloneness. And, as we may intuit, this isolation can then frequently lead to much resentment and rage in some men.
While men and women may have differing genitals, the human heart is not so distinct between sexes. We all experience similar feelings, yearnings, desires, pain, sensations of joy, hope, and love. Teaching men not to express themselves, that when they do, there is something wrong with them, that this is worthy of ridicule and even invalidates them as a male — there is something deeply flawed and harmful in such a logic and cultural value.
It’s a misplaced, unhealthy, and unfair one that hurts and diminishes the mental health, as well as life potential, of men. It’s one which keeps men locked within themselves, often with nary a person in whom they feel able to confide. It’s one that keeps innumerable men emotionally unintelligent and unaware. This is a hugely significant detriment to men, akin to the objectification and soul-crushing way which within our culture, a woman’s value rests almost entirely on her physical appearance and what she has to offer men sexually.
Further, any admittance of vulnerability or display of caring sentiment, especially towards women, is marked as “unmanly.” This carries well through teenage and adulthood. “What, are you whipped?” Men jeer at other men who display a sense of high regard, tenderness, or utmost priority for their romantic relationship.
We raise boys into men in a society that in many ways, glorifies sexually aggressive masculinity and treats as normal the degradation, diminishment, and objectification of women. Whether it is misogynistic music, literature, and film, or the sexual bullying of women by entertainment icons such as Eminem, Howard Stern, and Kanye West (hell, even our current nation’s elected leader), to name a few. The fact that we chose the man we did as the leader of our country sums up clearly how we feel about and revere men who treat women badly.
The images and messages routinely directed at males throughout their lives make their violent actions consistent with our broader socialization of boys and men. For we teach our men in numerous ways, from childhood onward, to look down on women with ridicule, disdain, contempt, sexual objectification, and even loathing.
Regular interaction in male groups, from between siblings to cliques at school, from motorcycle gangs to fraternities, with colleagues to sports teams — provides a significant source of information to men about what their fellow males value, what is behavior considered wimpy or unworthy of respect, and what it means in our culture to “be a man.”
For the past generation, pornography has been a prominent source of sex miseducation for millions of American boys and men — what has been regarded as instructional material for manhood. The problem with this is that most porn paints men in the image of an unloving character, with a one-track mind, an oversexed brute, a person who is often aggressive, emotionally detached, and typically derogatory. One who is disconnected and unfeeling. Women are portrayed as submissive, objects to be degraded and used, trashed, and as vessels to get on and off by.
Consider the cult classic movie American Pie, in which a male-centered party culture is glamourized where men drink large quantities of alcohol to fit in and “get” the ladies, along with female characters who are little more than caricatured objects of male desire.
This movie, showcasing and encouraging blatant male objectification of women, and even gross mistreatment of them (think Jim secretly videotaping a naked Nadia without her consent and broadcasting this over a wide audience. Behavior that in real life, is not just illegal, it is also undeniably cruel, and likely to have life-destroying consequences and wreak emotional devastation on Nadia. In American Pie, though, it was all in “good fun” because “boys will be boys”).
The treatment of women across film and television from Animal House to The Sopranos, from the character Jen getting blamed for an attempted sexual assault on Dawson’s Creek to the troubling scene in Seinfeld in which Elaine is encouraged to bear her breasts to prove that “men cannot control themselves” when women are blatantly sexual (not only is this making Elaine into a sex object, it’s touting the blame-removing belief that men “cannot help it” with regard to how they handle their desire toward women).

As a culture, we have begun to say that violence towards women is “everyone’s problem.” However, to say it is “everyone’s” problem is another way to avoid implicating men.
In the same vein, when we home in on gun control as the central problem in our culture related to mass shootings, we are missing a key issue and failing to ask the crucial question: how are we socializing our men in such a way that is causing such rage?

What furthers this misogynistic socialization is that consistently throughout our culture, in the face of gender crimes perpetrated by men against women and girls, influential opinion-makers frequently ignore or overlook the role played in these crimes of sexism and a mindset of male dominance.

Meaning, why have the so-called experts not begun nearly every conversation about these crimes by asking: what is going on with American men?

Imagine if women began regularly shooting up malls, Walmarts, schools, and other public spheres. Let us pretend as if women were the routine perpetrators of rape, the ones who, most of the time, were beating up men, harassing, leering at, and yelling at them on the streets. Tearing men down verbally, and consistently seen abusing men throughout our media landscape.
Picture the scene if, within our literature, movie, and television culture, women were ever singing about all the ways in which they will “fuck” men and rhapsodizing on the size of men’s butts. If women were the ones ever conspiring about ways to get men in bed, to take advantage of and use them.
Envision a world in which men’s value is found almost entirely in the way they look, with little other regard for them given. One in which the women who cared about and were outwardly kind, respectful, as well as those who stood up for men were called “dick whipped,” were dismissed as not “real” women, and were told consistently throughout their lives, “Stop crying and actually act like a woman! Not a sniveling, pathetic, weak man.”
Not only would an overt contempt and lack of respect toward men most certainly develop within that culture, but there would also be public outcry and confusion, with the focus on these violent women’s gender. People would ask with alarm, “what is wrong with women? In what ways are we socializing our women to result in such callousness and widespread violence routinely perpetrated by women toward men? Why are women acting this way?”
Yet when it’s men who engage in these behaviors and ways of thinking daily throughout our culture, we do not ask these questions. In fact, we often shift the focus, as well as blame, from men entirely.
News stories report all the time, and often sensationalize, the bad things that happen to women. They tend to do so in passive voice though, and in such a way that removes the spotlight or even absolves blame from men. You see it regularly in headlines: “aspiring model murdered,” “girl raped,” “woman abducted.” As well as throughout statistics, “every day, three women are murdered as a result of domestic violence” or “more than half of rape victims are raped by age eighteen.”
Where are the men in those headlines and stats? Rarely do we hear men’s roles stated in these crimes.
This is a significant omission, as it removes the spotlight from addressing the real problem, which is how we are socializing our men in America.
Because while it is true that there are violent women, and that men can be victims, and while it is also true that there are many great men who are nonviolent, it is men who are the sweeping majority of perpetrators of violence throughout our culture, towards both women and men.
In pinpointing gun control as the main cause of mass shootings, we aren’t getting it.
Gun control (or lack thereof) is enabling and paving the way for the opportunity of mass shootings to occur, that is correct.
It is not, however, causing them.
Other factors are contributing more significantly to that.
Yes, gun control is a piece of the pie and a relevant one. Google “gun deaths by country” and you’ll face a list of compelling articles, including the startling statistic that there have been at least seventeen mass shootings within the US in 2019 alone, according to ABC News.
There are numerous intelligent, reasonable, well-informed arguments that gun control is too lax in this country. And this is a real issue.

However, if we are to address the rightfully alarming prevalence of violence being committed by men throughout our country, we need to look more carefully, with greater focus and stark honesty, at not just tighter gun control, but also at how we are raising and socializing our men.

We are raising men to be unemotional, hard-hearted, lacking empathy, and to be ashamed of their vulnerability and feelings. This results in men who are angry and emotionally isolated.
We are also raising men to look down on — and even despise — women.
Until as a culture, we create a significant shift and begin enacting real, widespread change regarding these two central issues, male rage and violence will continue.
Posted by missbrooke28 at 9:50 AM