How Smartphones are Making Us Unhappy

Somehow, it still never fails to shock me when, out and about, in allowing my eyes to scan the given café or restaurant I am in, I see almost everyone on their smartphones.  Sure, some people are chatting with their companion.  But the cell phones are either laying in the table in plain sight, or even more shockingly, one of the people is picking up their cell phone regularly to look at its screen and type.

To me, this is akin to picking up a book while in the middle of a conversation with someone, opening it and beginning to read.  No doubt, their jaws would drop from the utter rudeness of such a gesture.  Yet, this is exactly what we are doing with our cell phones.  And we do it all the time, to such a degree that its become utterly normal.

Take a look the next time you are out.  You will see couples sitting across from one another, yet instead of interacting with each other, they are scrolling or typing away, their gazes fixed on the screen inches from their faces. 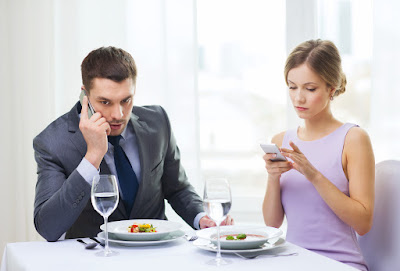 Or, groups of friends clustered together and instead of chatting and laughing with one another, each of them is typing away on their cell phone.  No one is actually interacting or connecting with the live people in front of them.  Instead, they are focused on a pseudo connection via their cell phones, ignoring the potential for real connection right there in front of their face. 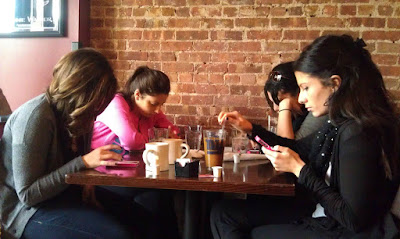 This takes away from our relationships, big time.

It interrupts, chips away at and diminishes our connections with the people right in front of us.  At best, its disruptive and rude.  At worst, it drives wedges between people, offends others and ruins closeness.  People have grown terrible at focusing their attention on the human being in front of them.  We love the false sense of reward that comes from a text, not realizing that actually, the far greater and joy inducing reward is having deep, real life relationships. 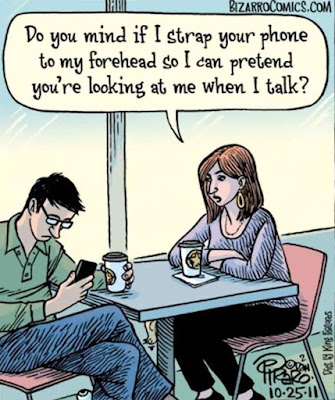 So many people nowadays complain of having less close connections in their life than they would like.

So many people speak sadly about lack of romance in their lives.

So many lament missing quality time with others.

Yet, when presented with opportunities for it, they chose to dismiss it, missing the chance right in front of their eyes and instead, constantly check their phones.  Texting.  Tweeting.  Spending twenty minutes crafting the perfect Instagram caption, equal parts witty and profound.  Oy.  People, this is not what makes for a truly happy social life.  This is what leaves us wanting, with regard to close social connection and friendships.

I realize some people might debate the points I am making here.

Some of the arguments against my points that I can imagine hearing might be....

"Technology allows me to stay connected with people whom I might not otherwise be able, because of long distances between us."
To this, I can generally agree.  However there is a difference between staying in touch generally speaking and allowing your texting/cell phone activity to come between you and the real relationships in front of you.  I fear that with many, its veered into this territory.

"Talking with people face to face makes me nervous/anxious/(insert the word you like here), so I prefer texting or talking on Skype/facebook chat."
My response to this.  Uhhhh, what were you doing before the internet came along then?  How did people manage interacting for the last hundreds of years before things like texting, cell phones and Skype came along?  My impression is that they managed just fine, and likely even better.  Relationships were likely more emotionally close knit before cell phones.  In fact, I know they were.  Its estimated that 1 in 5 people are incredible lonely.  Science connects our misuse of technology as being one of the reasons for this.  Before all this overuse of texting and tweeting, people actually gathered and talked, truly focusing on each other (because there weren't cell phones in every hand, yanking them out of the interaction ;-))

"I just set my phone on the table, but I am not looking at it.  It doesn't distract me.  I am still paying attention to my friend in front of me.  I just need it there in case."
I am going to call BS on this one, and not just once but twice.  First, unless you are a surgeon or police officer, you aren't "on call" and thus, do not actually need your phone lying in wait.  Whomever calls can leave a message and you will get back to them when you are free.  Like people did ten years ago and got along with just fine.
Second, it actually does distract you.  Having a phone on the table does take away from the interaction.  When spotting a message pop up on the screen out of the corner of your eye, or feeling it vibrate against the table, this actually does pull you out of the social interaction in front of you.  It does distract you.  It does shatter the sense of connection and your ability to be fully present with the person in front of you. 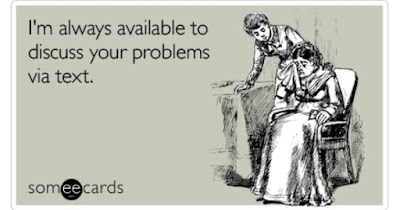 I stumbled upon an excellent video, with a humorous take on this all-too-real issue called "I Forgot My Phone" on YouTube.  Two minutes long, it will make you smile, maybe even chuckle, all the while nodding your head sadly when you see how true it rings to life nowadays.
Take a look.  Its a fun and thought-provoking watch, a popular video at the moment. 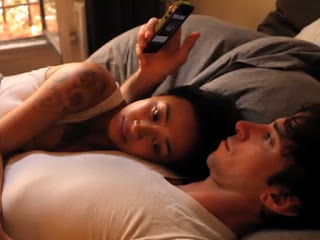 Don't get me wrong.  Technology is not an evil thing which I am disparaging and touting as all bad.  Far from it.  Apps like Viber have enabled me at keeping in touch with friends back in the US while living in Germany.  I can say with comfidence, joy and awe that I am still just as emotionally close to the friends I have put in the efforts to be, despite there being an ocean between us. Technological tools like Skype, Viber and WhatsApp have signifigantly aided in helping us stay as connected and close to one another.  So technology has a lot to offer and has many benefits. 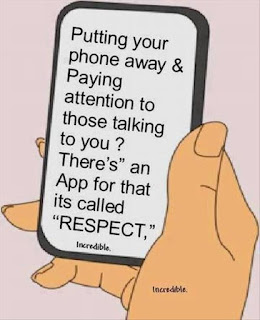 Technology should be set aside when interacting with real people.  I know this is shocking, but in the days prior to cell phones, it worked out just fine.  In fact, I would venture to say that it worked out better since nowadays is supposedly leaving us lonelier than ever before.  Years ago, friends would call us on our home phones and if we were out at that time, they left a voicemail.  Whenever we got home, sometimes hours later, we got the message and called them back.  It was completely ok.  Nothing crumbled or changed because we weren't there to answer it that very second.  We don't need to be immediately responsive and constantly available through our cell phones.  In fact, I would argue that this makes you less interesting.

People who have a lot going on in their lives do not drop everything to answer every single text the moment it comes in anyway.  People with full, interesting lives, who have lots of friends, hobbies and things going on?  Sometimes they might take a few hours before responding to you.  That's because they have a life and are actually engaged in living it.

Take a cue from them.  Put the cell phone aside.  Be fully present in your daily life and interactions with others.  The cell phone should be a side thing.  Not the main event.

Here is an article from Forbes magazine about how texting and technology often adds to loneliness rather than taking away from it.
Posted by missbrooke28 at 6:49 AM