Explorations of Boston and Kennebunkport

Explorations of Boston abound, ready for some fun photos and information on Back Bay?  One of my personal favorite parts of this architecturally eye catching, historically, endlessly charming city.  (Closely tied with Beacon Hill as my other most loved neighborhood).  Back Bay is famous for its ornate, stunningly gorgeous, swanky brownstone townhouses.  See the following photos for some eye candy.  Try not to salivate.  No doubt, would be a phenomenal place to live.  Picturesque, in the center of the city, happening, but cozy and tucked away while inside your cushy townhouse.

Fun fact: prior to a 19th century massive filling project, Back Bay was, quite literally, a bay.  Today its one of Boston's most expensive neighborhoods.

Back Bay is also known as a fashionable shopping destination in Boston, as well as having on offering such green spaces and peaceful respites including the Gardens and Boston Commons.  Newbury Street, while in my opinion is vastly overrated and pretentious, is certainly pleasing to the eye and can be a ball to take a brief stroll down.  The cupcakes at Georgetown are to die for, if I do say so myself.  The frosting alone, whoa.  A sugary, satisfying swirl atop the moist, sweet cakes they serve up in a smattering of flavors.

There is also a smorgasbord of nightlife in Back Bay.  From upscale to totally down to earth, all lots of fun either way.  I recommend: Towne Stove and Spirits (been here just once, but loved the atmosphere), the Pour House (for more of a laid back, slightly dumpy dive), Lolita's Cocina & Tequila Bar (yeah, I've never actually been to this one but LOVE how it looks inside.  A bit sexy/dark/sultry.  Totally on the must visit list), Post 390 is supposed to have awesome macaroni and cheese, along with supposedly a great drinks atmosphere, and apparently Bukowski Tavern is a must visit, a Boston institution of sorts. 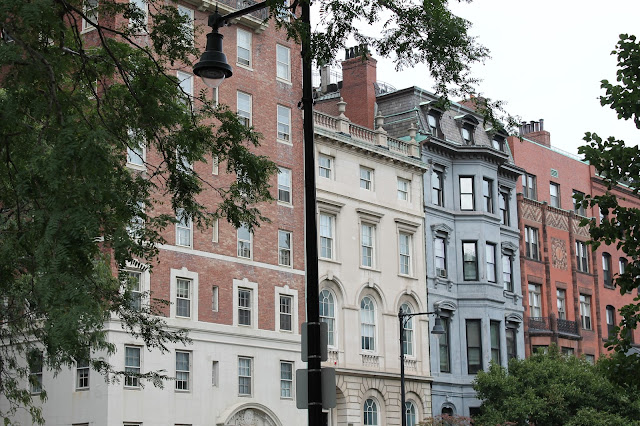 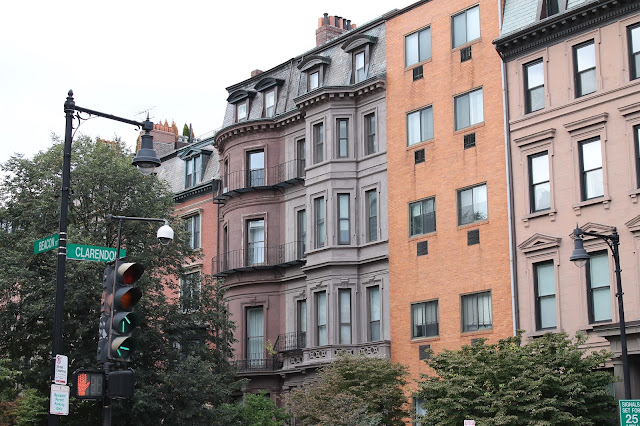 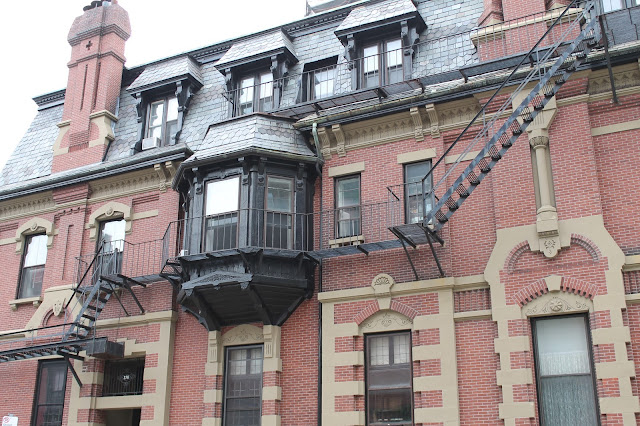 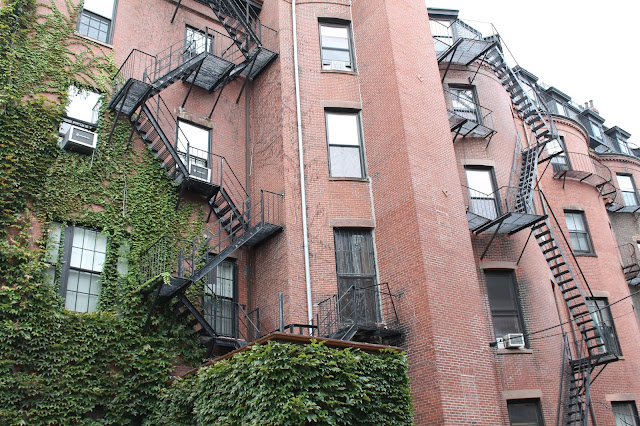 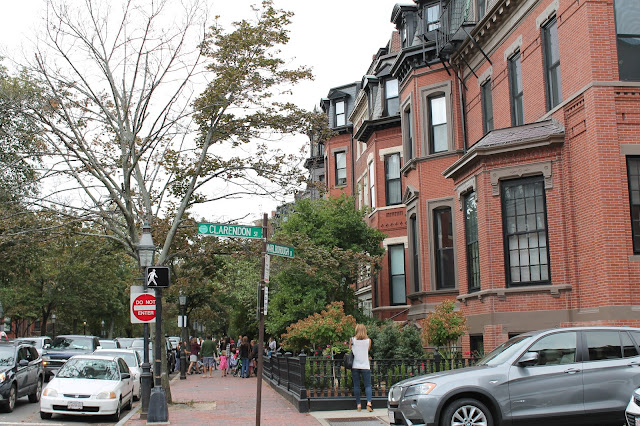 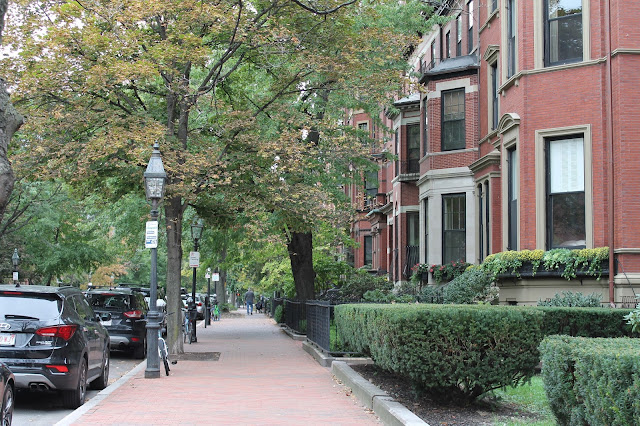 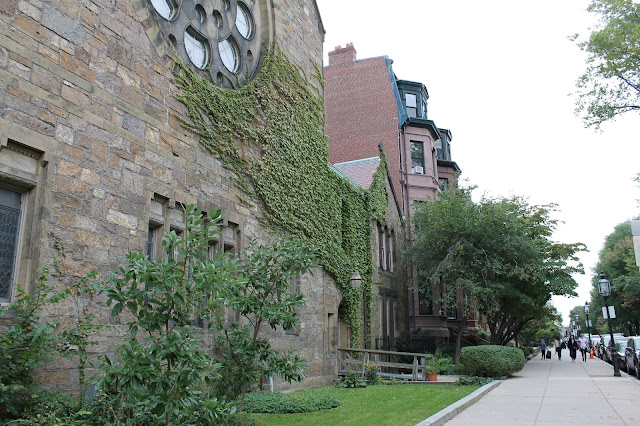 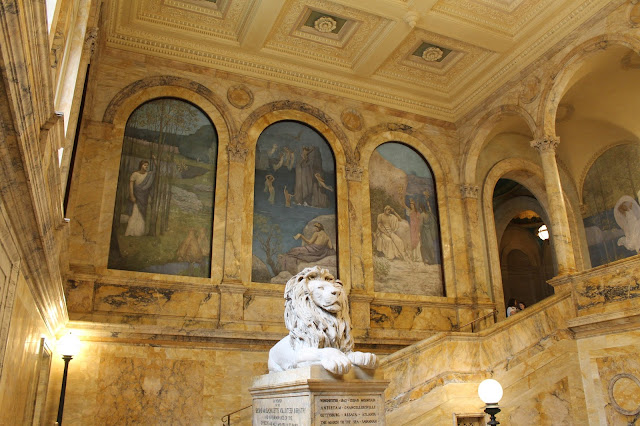 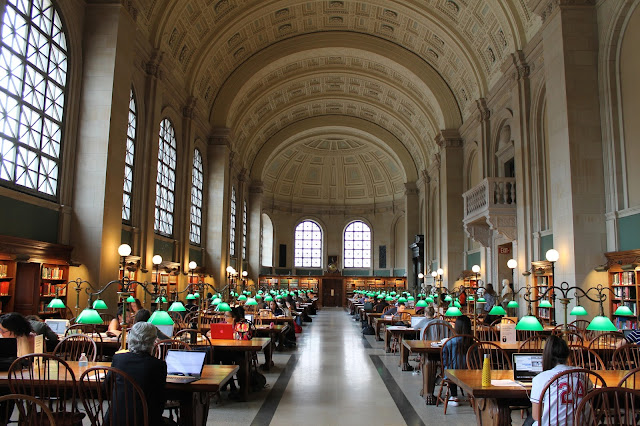 Boston Public Library.  Don't even get me started.  Sweeping.  Grand.  Gorgeous.  The second I move down here, marching inside and securing myself a library card.  I'm already excited just thinking about it. 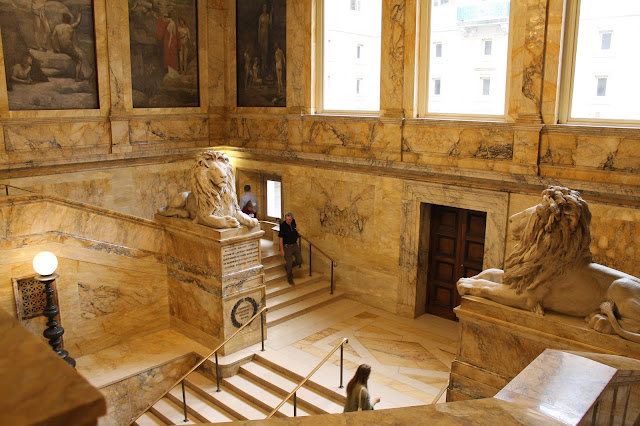 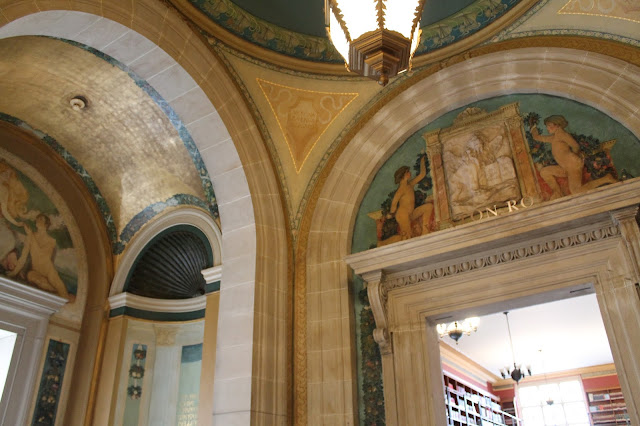 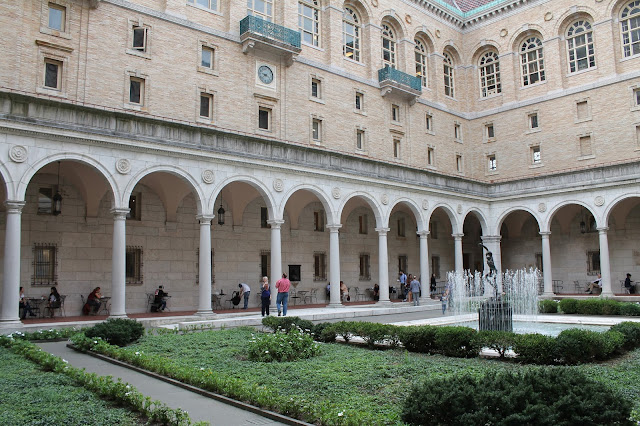 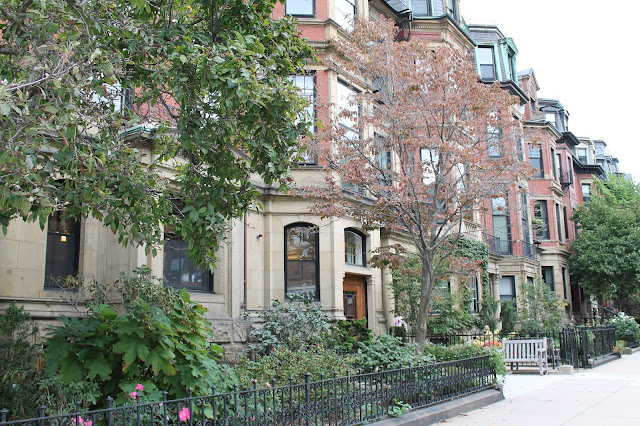 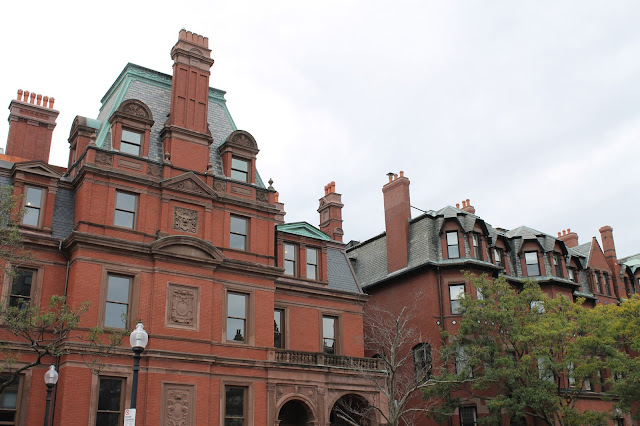 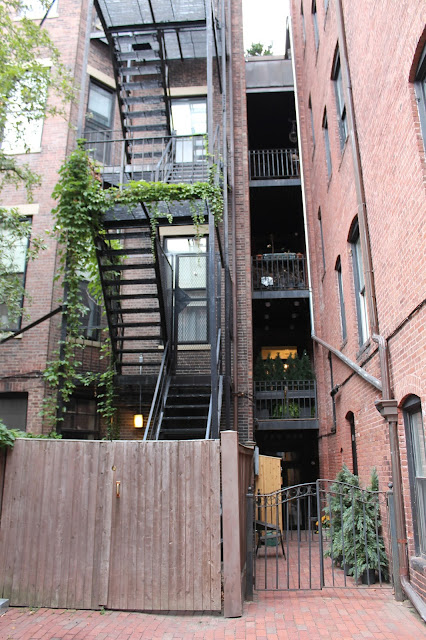 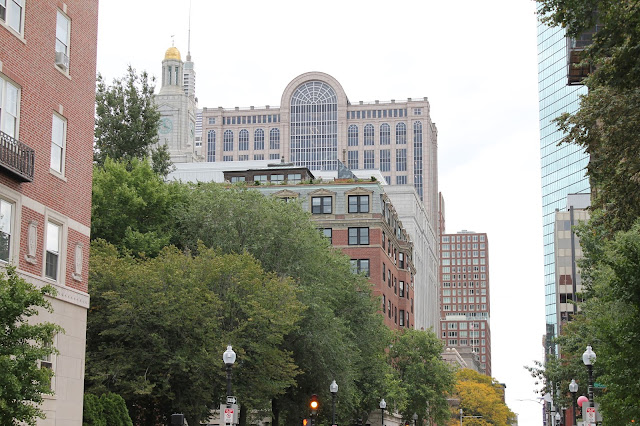 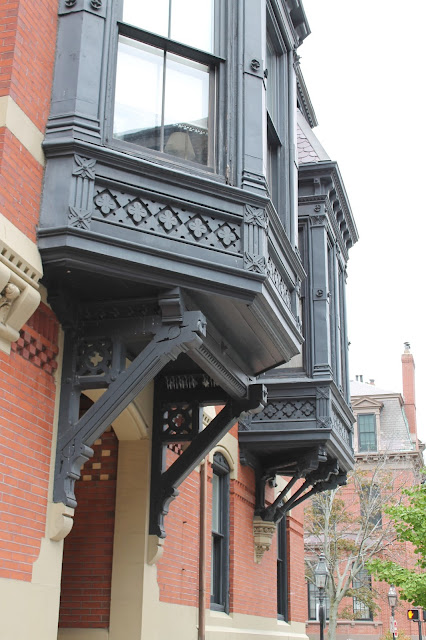 The afternoon in Boston eventually culminated in our attending the event, First Fridays at MFA.  One which I highly recommend.  A swanky, though not pretentious or too fancy, but totally fun atmosphere.  Upscale, classy, but laid back.  Great dance music, with appetizers and drinks on offering.  Tickets are $20 to get in, I believe (though members can enter for free).  You'll find all levels and types of dancing here so no need to feel intimidated.  Everyone's just having a grand old time. :-D 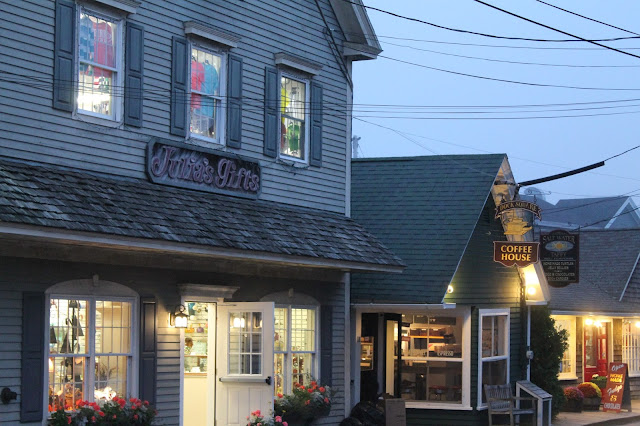 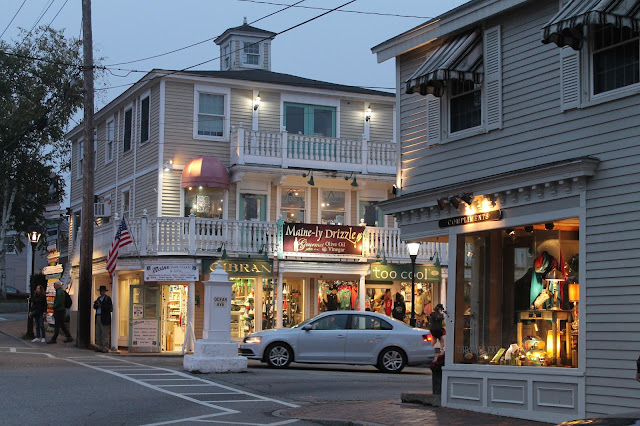 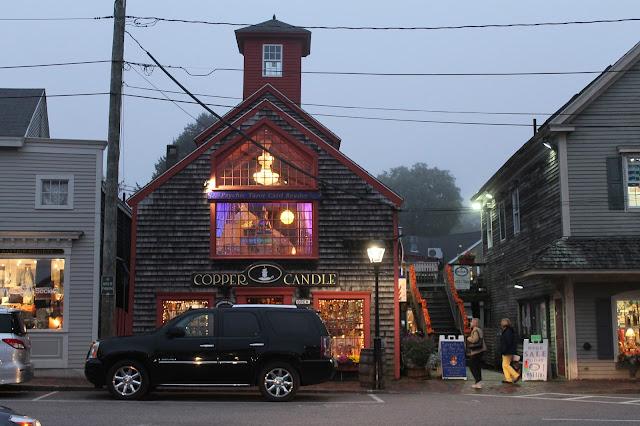 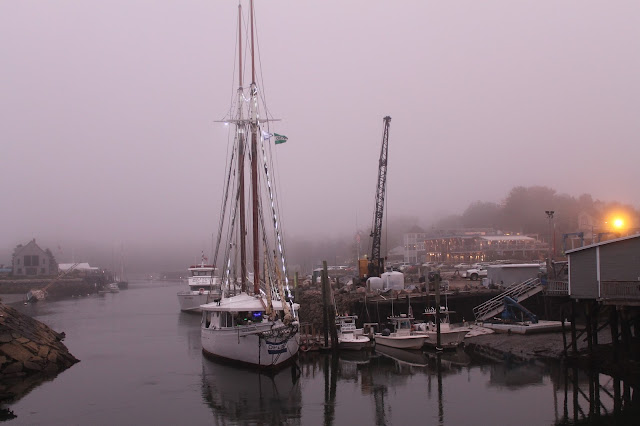 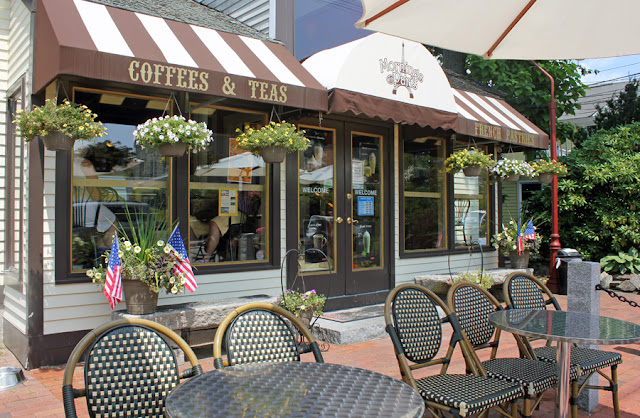 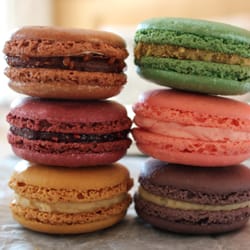 An afternoon sweet treat was had here at Mornings in Paris, just on the cusp of Kennebunkport's downtown area.  I was hesitant, doubting any true authenticity, instead expecting a cheap, wannabe imitation.  Turns out the owner is from Paris.  She first visited Maine twenty years ago and its where she's remained ever since, opening up the café soon after her arrival.

My companion and I grabbed a hot cider and green tea, splitting one of the macarons in lavender honey flavor.  It was excellent, whoa.  For a moment, we entertained the idea of purchasing a box.  Then thought better given the container overflowing with fudge that we already had.

Speaking of which, we snagged a sampling from The Candy Man.  Selecting mint chocolate, pumpkin, a sea salt caramel and what was essentially a near death by peanut butter.  Both agreeing the fudge was excellent. 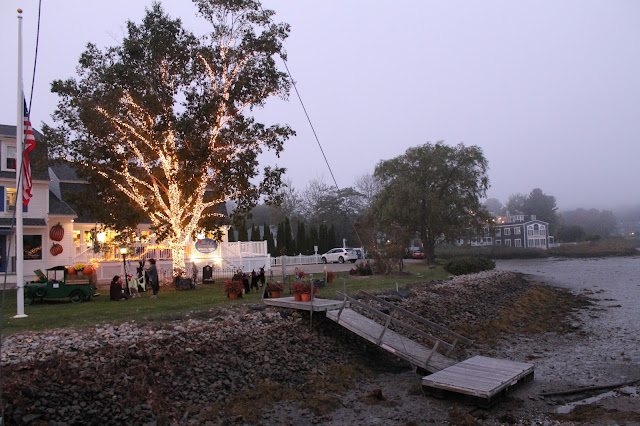 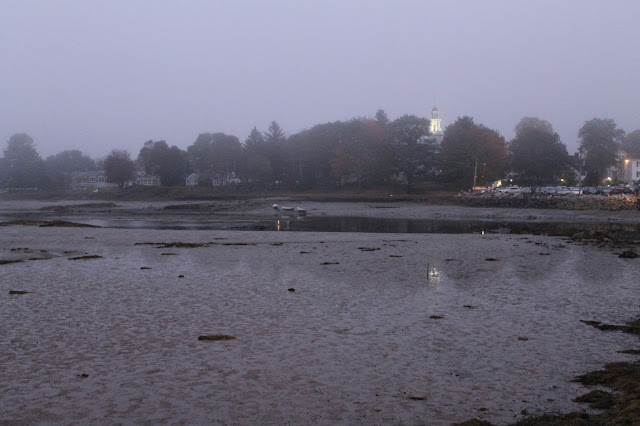 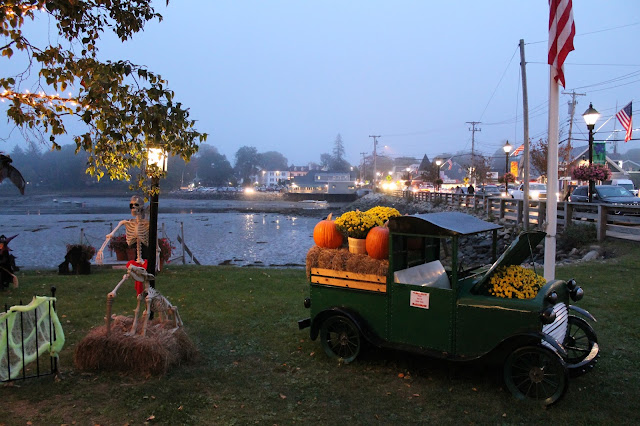 Thankfully, what started out as a chilly, drizzly, gray day (both of us admitting in dismay that we had far underdressed, each clad in shorts and skirt, myself shivering), the weather took a turn a few hours later.  While still gray and drizzly, the temperatures inching upwards.  The air growing even somewhat balmy, inviting and lovely.  Casting a romantic, misty, mysterious glow on the city as the sun set and lights came on.  The day ended up being a stellar one, despite a shaky start with the cold.

Kennebunkport is about a 90 minute drive from Boston.  A do-able and highly recommended day trip.  In fact if possible, I would suggest staying overnight.  There would be so much potential for further nature explorations, renting bicycles and exploring the city that way.  Further quiet, scenic neighborhoods for wandering.  Possibly boating fun.  Further seafood sampling.  So many ice cream stalls beckoning.