Explorations of Newmarket from yesterday include a pausing in Crackskulls, highly recommended by my friend, Derek where we decided on meeting for what was initially intended to be a writing day.  This quickly dissolved into an afternoon that, instead of writing, was filled with great conversation (as is always the case between us).

The two of us discussing a plethora of topics, from relationships, differing types of connections experienced with different people, how does one differentiate between the 7s and the 9s in terms of matches and connection points between two people, close friendships, how needs shift and vary in relationships/friendships throughout the years, the list went on.

In a way, we did delve into something akin to writing, though instead of our thoughts relegated to paper, they were exchanged verbally.  So engaging, interesting and such fun.

I love the way our friendship has evolved, ebbed, flowed, and shifted over the years.  In a number of surprising ways, in all wonderful ones, its just a really neat thing.  Something we touched upon in our discussion yesterday.  To me, its an interesting and noteworthy example of what a friendship between two people can be, regardless of gender but more so, I am merely making the point of what the trajectory of a friendship might/can be in general.  Some of how ours has been: unexpected, sweet, awesome, inspiring, layered, lots of fun, interesting, maintained with intent. 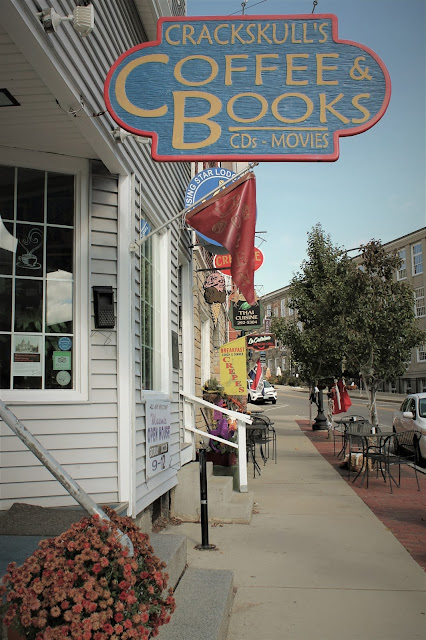 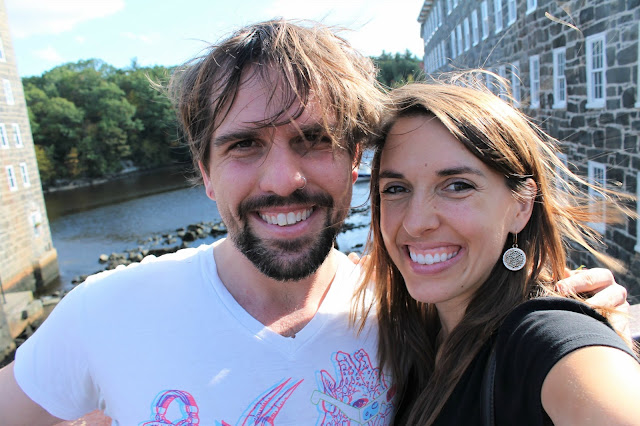 We wandered the charming, New England-esque city of Newmarket.  Tiny, foliage laden, charming, quaint.  With cozy cafes and sweet little shops.  Derek took me to several of his favorite picturesque spots.  One of which along the river is lined with way cool renovated factory apartments.  My new dream address ;-) though I seem to have many going perpetually at any given time.

(To name a few: Boston...Portsmouth, NH....Paris...somewhere in Italy such as Florence...Prague...and Amsterdam).  Now adding one of the converted factory style lofts in Newmarket to the list.

Some photos of our meanderings of Newmarket below... 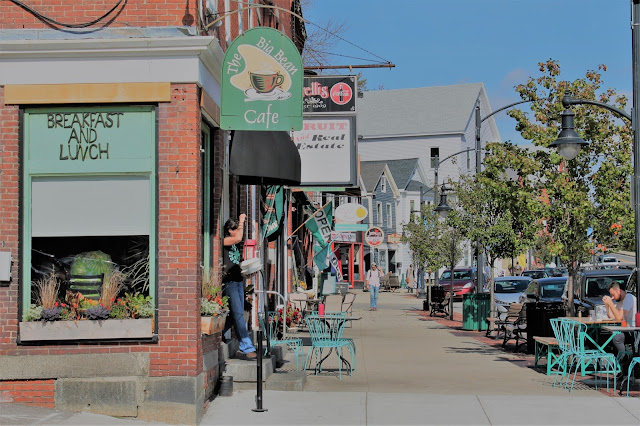 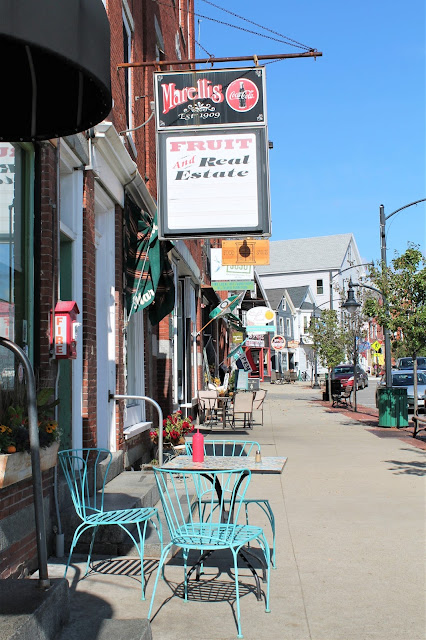 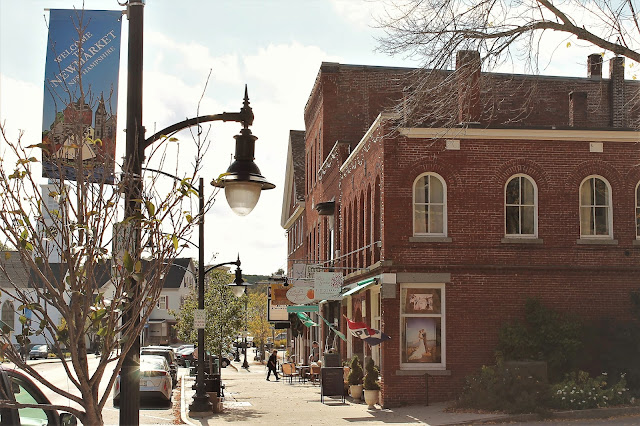 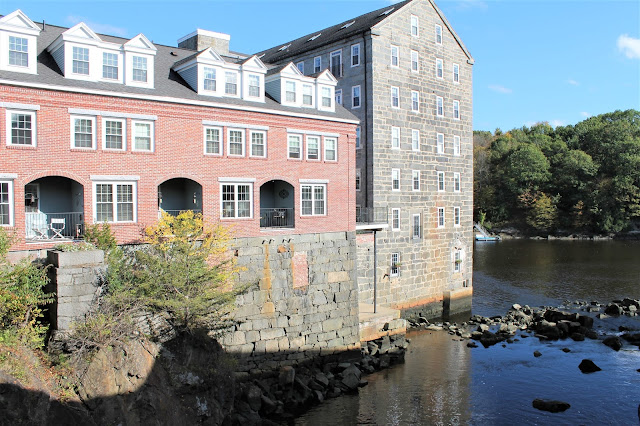 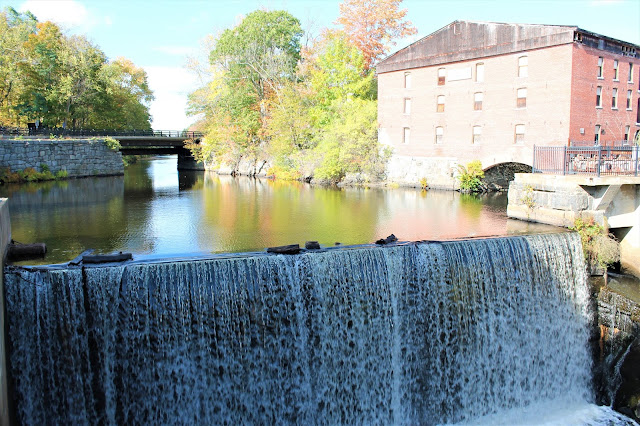 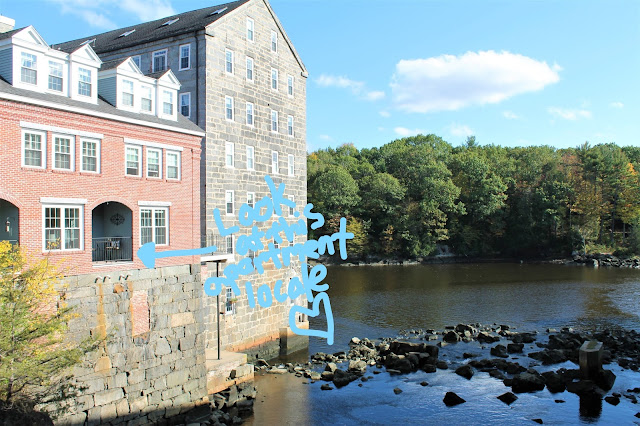 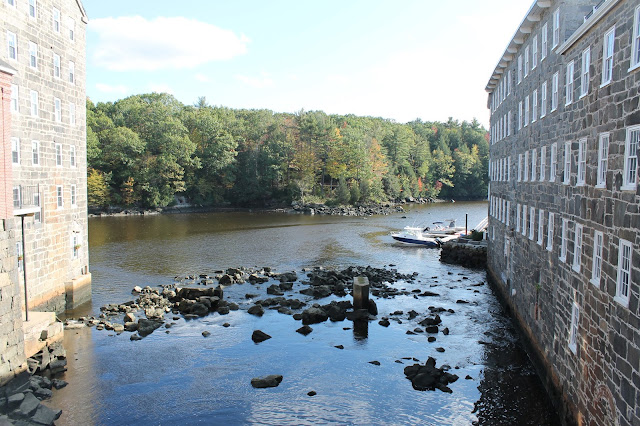 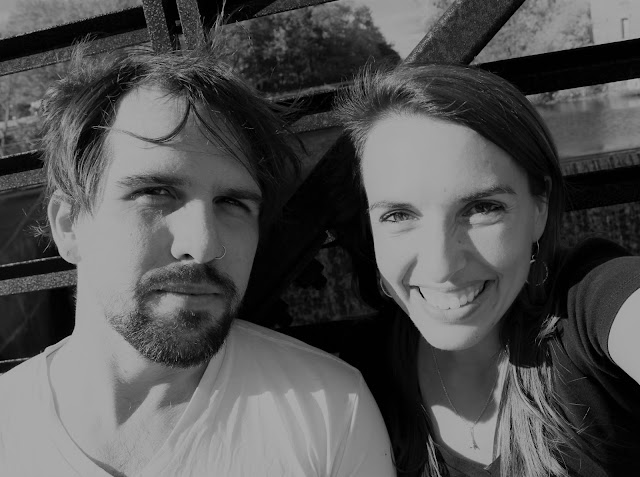 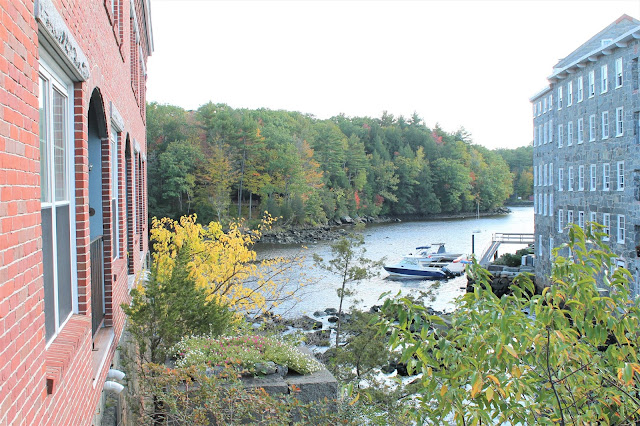 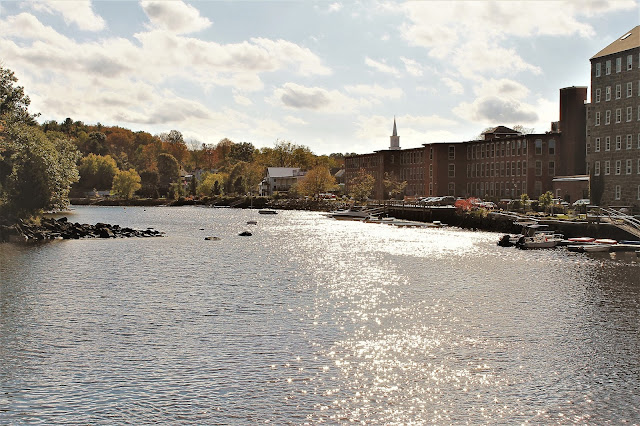 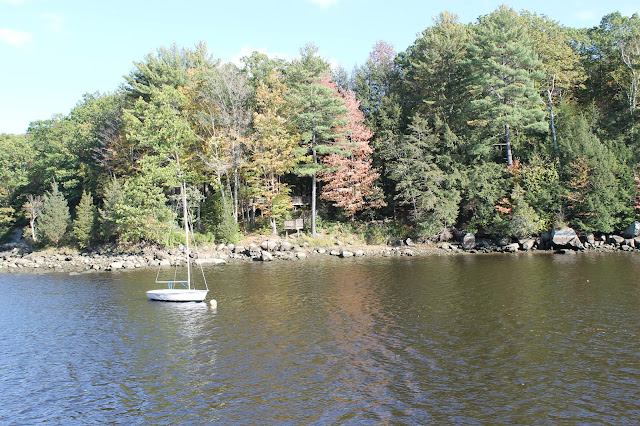 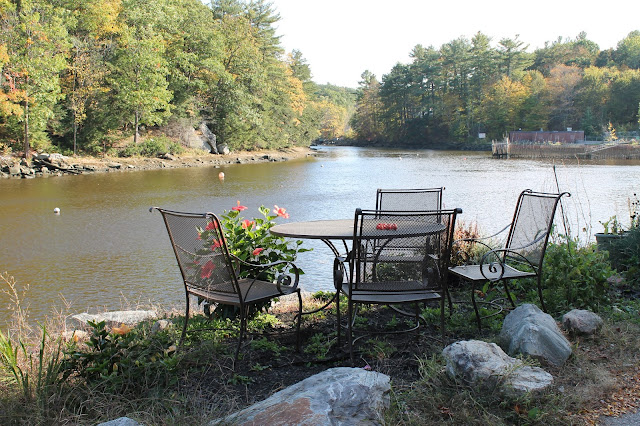 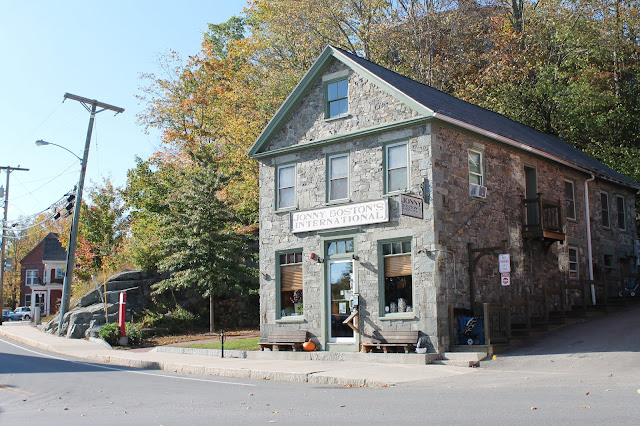 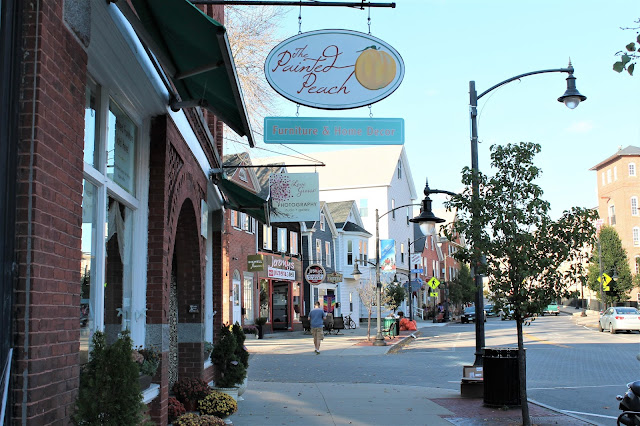 Lunch was had at the Oak House where we split a burger and salad.  The salad topped with fresh cheese, red beets, onion, mango and ginger dressing, so good.  And the burger spilling over with gouda, caramelized onions and a delicious sauce, oh man.  Delectable.  The menu here in general looks mouthwatering.  Something I could happily work my way through coming over once a week and sampling something different each time. 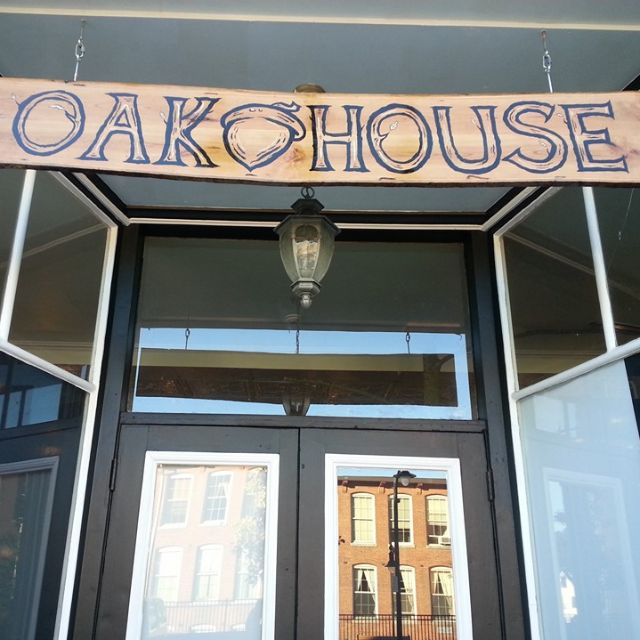 So, in a wrap on this entry, Newmarket is a sweet little town very worthy of a visit.  Loaded with inviting little boutique shops, cute cafes, and hole-in-the-wall, rustic restaurants, all while the city itself is walkable and picturesque.  Its a great place to wander for an afternoon, especially with fall foliage at its peak.