Why Responsiveness is Important in Close Relationships

Ever had the experience when you go to tell someone something major, difficult to tell or emotionally poignant and they give you a response that makes you long to retract what you just revealed or ventured in sharing?  Maybe leaving you feeling judged, or misunderstood.  Or worse, dismissed or not heard?  Its unlikely this was intentional on the responders part, but still, this can be crushing when someone doesn't respond with the attention/interest/care that we hope to receive, lending one feelings of regret for having taken the risk and opening up.  As well as lending one to potentially feel as though their loved one doesn't care so much, or have much interest in understanding/hearing/getting to know them. 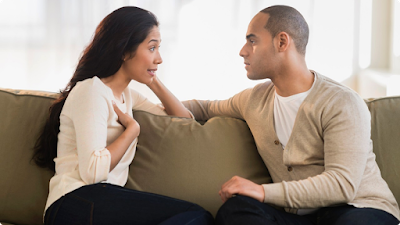 Equally, most of us, even if not consciously aware of it, have likely been on the other side as well at some point.  Having given a response to a close friend/loved one that might have made them feel less than understood, deflated, not fully heard or just sad.  We may not even realize having done so.  But its likely, if not safe to say even certain, that we have all done this at some point.  And probably even several times throughout our lives and relationships.  Not given a loved one the attention/care/interest they have sought in some moments with us. 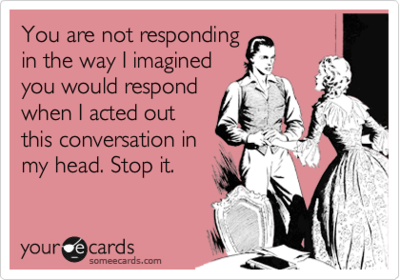 Part of this is just a result of being human.  Its hard, having or knowing the right thing to say in uncomfortable moments of pain or high emotion.  It is equally challenging, in fact its probably impossible, to ever be "on" and able to be fully responsive/a good listener in all the moments that we might be called upon by someone we care about for such.

However, unfortunately this is a tough and precarious thing.  Here is why.  On the one hand, its asking too much of people to expect they will always respond in the "right" way.  It just isn't possible.  Sometimes, we mess up or we aren't in the best moods ourselves, or we just aren't emotionally available in that moment to offer what our loved one needs in terms of a response. 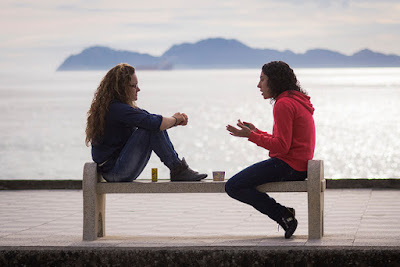 But, on the other side of the coin, despite it not being realistic to expect that those around us will ever respond in the right way, what can happen when they (or we ourselves) don't or aren't able to do this?

It can have a deeply hurtful, lasting effect.  Possibly even shaking our trust in that person, or giving us the feeling of not wanting to go to them again with something of such tenuous emotional nature.  Being given the wrong response just once, depending on how severe and the nature of such, can sadly, potentially even alter a relationship. 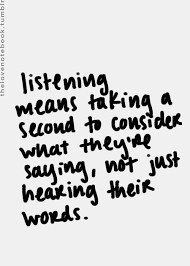 By how we respond to our loved ones/those we care about when they come to us with something important/big/emotional, these moments have the potential to make or break the connection.  These moments can either serve in accelerating or de-accelerating trust and closeness between the two people.

It seems an unfair thing because as stated above, of course we will not always be able to respond in the right way, just as a result of life's general busyness, complexity and unpredictability.  With so many factors at play including our own moods, things like work pressure or dealing with an issue in ones own life at the moment, or, just feeling awkward and tongue tied when someone tells us something upsetting or uncomfortable.  We will sometimes mess up and not respond in quite the right way. 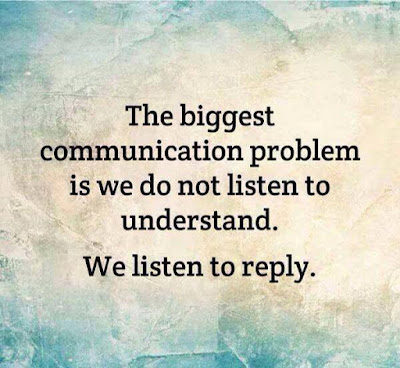 So, how does one learn to respond in such ways that will hopefully avoid this?  To respond in ways that increase, rather than decrease, connection.  How can one learn the art of being a great receiver when they are approached by loved ones in emotional need?

First, I feel its important to define connection.  If we want to best learn how to connect deeply with those we wish to be close to, we must understand what connection means.  The best definition I found is this:  connection is the energy that exists between people when they feel seen, heard, and valued.  When they can give and receive without judgements, and when they derive sustenance and strength from the relationship. 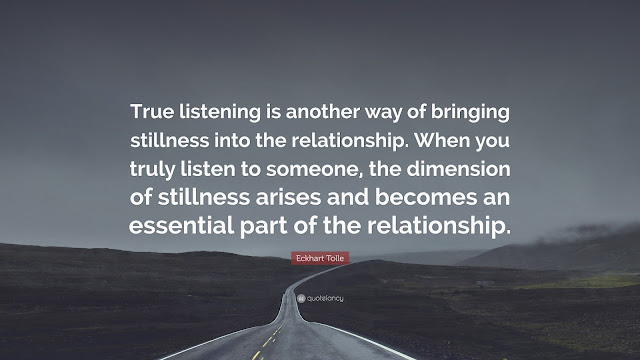 I also feel a definition of responsiveness is important, as being responsive is one of the key ingredients to helping those close to us feel heard, seen and valued.  Responsiveness refers to the degree that both what you say and do correlate in responding clearly and directly to the other person and what they just said.  In being responsive, others know that you care and are listening.

Responsiveness also means, at times, extending yourself for someone you care about at a crucial juncture.  For example, this can mean putting down what you are working on and instead, turning towards your loved one who has just come to you with something important.  Despite having other priorities competing for your attention, instead choosing to give it to this person in that moment in knowing its important.  Responsiveness can also mean, when someone you care about reaches out for help, even though it isn't a great time and you too are busy, dropping what you are doing in order to help anyway.

Responsiveness is essentially turning towards the other person, as often as you are able, even if sometimes it isn't convenient. 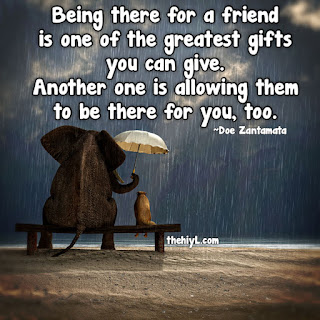 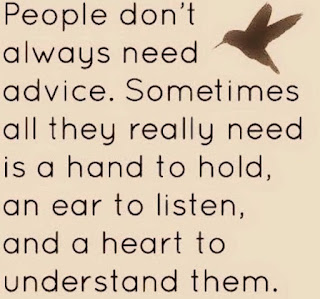 An important note though: I am not saying that in order to be responsive, this means dropping everything at all times for those around you.  This would result in a life where you never got anything done, were ever living as a garbage disposal to others peoples trials and problems, and lived your life in accordance with pleasing others.  As well as not being a healthy nor realistic way to live or have relationships.

Instead, I am merely noting that how we respond and tune into those we care about and want to be close with...it matters.  Brushing someone off, even just once?  It can matter deeply, depending on how important the moment is.  However, its equally human not to be able to ever be "on" and always respond in just the right way to all the needs of those around us.  This would be unrealistic and impossible.  We will sometimes mess up and not respond to those bidding for our attention in the way they had hoped or needed.

With that said though, its of paramount importance in terms of building and maintaining deep connections with others, that we do so as often as we are able.  That, in knowing how important such a behavior is in terms of trust and closeness between people, that we treat responsiveness with the care and attention it deserves.  Knowing that being responsive has the power to either build or chip away at the closeness between people.  If we are consistently, more often than not, able to turn towards people we love, this is the glue that binds people together.  That builds a deep sense of love, trust and connection in relationships.  That leads to an immensely powerful sense of understanding, empathy and caring between people.  Its one of the most awesome and fulfilling aspects of human life, experiencing this kind of closeness and feelings of understanding with another person.  And in order to do this, the key ingredient?  Responsiveness. 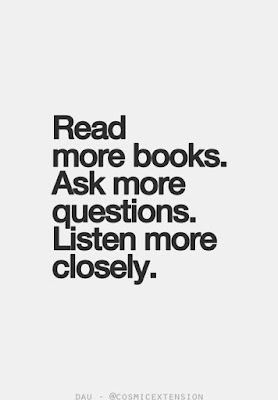 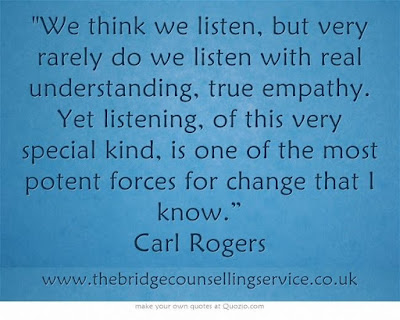