A Book about Love by Jonah Lehrer

I have just about finished reading this book and have to say, really enjoyed it.  Its a nonfiction book about, obviously, love.  He manages breaking down the book into sections, sort of sub-sections if you will, about different aspects of love, including: 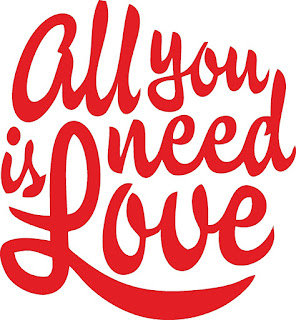 For attachment, he breaks down the chapter into numerous studies about attachment theory.  Many of which, personally, I had already heard of.  Having read an entire book on Attachment Theory months ago, and how this can influence your relationships.  Thus, much of this chapter was prior knowledge for me.  But for those who dont know much about attachment (its fascinating, and carries a lot of weight in terms of how your relationships will likely play out), I highly recommend this book.

Briefly, Limerence is when you experience that all consuming, infatuation stage of being with another person.  Limerence, because its based on hardly knowing someone (this is the stage often experienced within just a few weeks, or even after just one instance, of having met someone), is an illusion.  Its an unreliable indicator of long term attachment because its based on fantasy.  Only once you come to actually know someone, over a period of several months and more, can you truly garner an idea about long term compatibility and who that person really is.  When in the illusion of Limerence (which, when felt, feels so real as well as all consuming), you cannot possibly know this.  This is just why Limerence is so dangerous.  Because it feels so true, all while it isn't.

Some fun facts I learned about long term partnerships (from this book):

--One recent study concluded that 40% of those married more than ten years were still "very intensely in love."  These lasting relationships clearly representing an unprecedented kind of human union.  However, that's basically assuming one chooses well in the first place and that the relationship is a healthy/good one from the start. 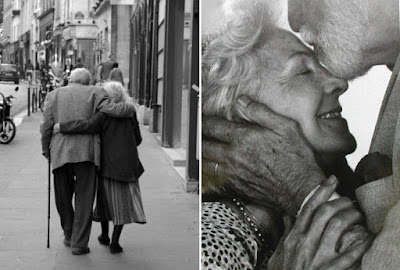 --While initially, relationships are full of excitement and passion, this will fade to some degree.  And yes, for everyone.  Its normal, its inevitable, its part of human biology.  When you have been with someone for a while (usually by around the 2 year mark, though it differs for everyone), chemicals start to cool and level out.  This is when, assuming you are in a healthy and happy relationship, companionate love deepens.

So, while the passion is what initially makes us fall, companionate love is what we fall into.  Though the intensity of chemicals decreasing happens to everyone, even still, this process is extraordinarily complex, varying from relationship to relationship.  Companionate love remaining one of the grand mysteries of human nature. 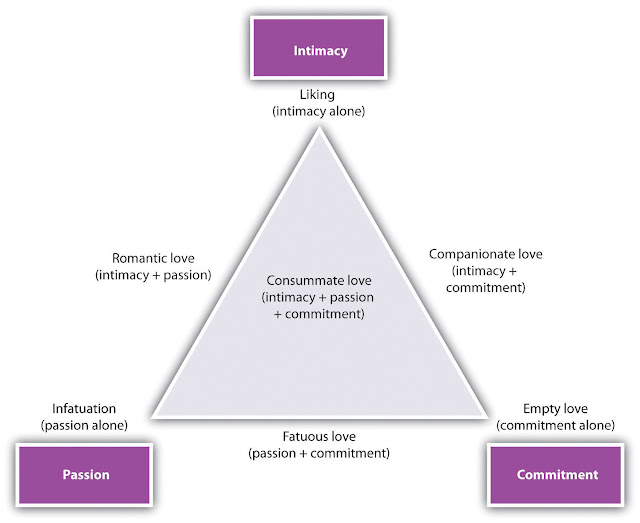 --Love is not just a feeling.  Its also a practice.  For example, love requires: discipline, concentration, effort, patience, faith, and the overcoming of narcissism.  What must we practice to keep love alive and flourishing?  A million little things.

Sometimes, love needs that we touch our partner in an affectionate way, or speak in a heartfelt way to them.  Sometimes, it requires that we open up and move closer. Other times, it requires that we allow our partner drawing back for a bit, even if this is difficult for us to handle.  There are times when love requires that we put down our book, our project, or our work, and turn towards them.  Even though we might not feel we have the time, or just dont feel in the mood to do so at that moment.  There are times when love requires going out of our way for the other, or even, immense sacrifice.  Other times, love requires bravery, a leap of faith.  Sometimes it requires forgiveness and emotional stretching.

Loving, over the course of years, is a million little things.  And this goes for not just romantic relationships, but friendship and family love too. 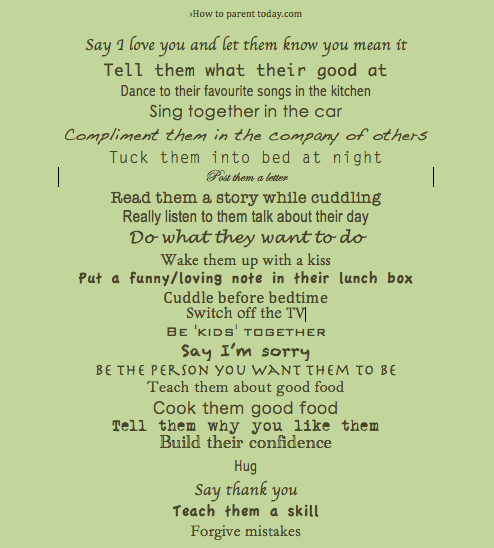 --This is fascinating.  Nowadays, the idea of marrying without love seems absurd, at least for most people in the developed world.  However, this is a relatively new concept in terms of the grand scheme and timeline of marriage.  All while, arranged marriages remain extremely popular even today, with 80% of nations outside the Western Hemisphere practicing some form of such.  And here's the most interesting kicker: the evidence is solid that the romantic attitude associated with arranged marriages often comes with real benefits.  Researchers have consistently and repeatedly found that couples in arranged marriages are just as happy, if not happier, than those in "free choice" marriages.  Further, the trend tends to increase with time!

What might account for this?  One aspect is a sense of "unwavering commitment," to both the partner and the relationship.  As in arranged marriages, the couples tend to treat divorce as taboo.  The second aspect is a willingness to engage in accommodation, which is the voluntary altering of ones behavior to meet the other persons needs.  These couples do not expect their marriage to take care of itself.  They understand that attachments only emerge over time, and that they take endless work to maintain.  The advantage of spouses in arranged marriages is that they know this from the start. 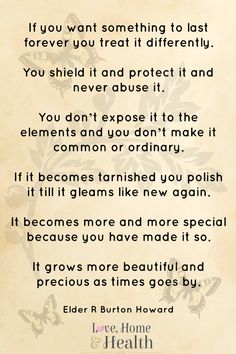 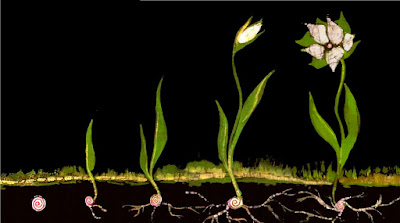 --Meta emotional compatibility, whether we share a similar temperament with our partner, is a crucial predictor of long term romantic relationship satisfaction.  While there is no ideal meta-emotional style- all temperaments can lead to happiness and attachment- its important to seek out partners who share our basic emotional philosophy.

Why is this important to long term relationship success?  Because people are different.  And because there will be disagreements.  Every couple will have fights, and will have those moments where they just want to scream "screw you, jerk!"  But the key question, what happens next?  Can both people in the relationship understand, at some basic level, what their partner is feeling and why they are feeling it?  If yes, they are more likely to remain emotionally close, be able to understand one another much of the time, and thus, stay together over the long term. 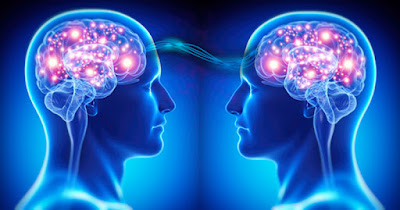 --Another really interesting finding.  I was particularly surprised by this one.  Apparently, spouses who openly voice to one another their "complaints" if you will, as in, things that may upset or hurt them when they arise within the relationship, tend to be happier and more successful in their relationships than those who do not voice these complains (and who instead, stifle these types of complaints and feelings).

Why?  The virtue of speaking openly about things your partner does that upset you keeps resentments from accumulating.  Problems are solved before they fester.  Its often solves the issue then and thus, keeps the slate clean between the two of you. 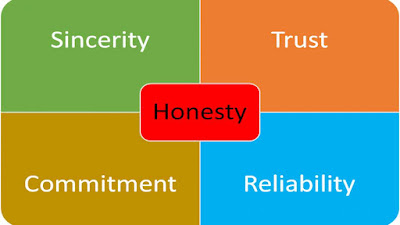 --Here's another really inspiring and cool finding.  When people have been together over the long term, decades long relationships or marriages, more than 90% of those who were in consistently happy marriages from the start were still happy.  However, the same pattern applied to those stuck in poor relationships.  They were still miserable, and should probably get divorced.

Thus, assuming one chooses well and is in a healthy and generally happy relationship, the chances are decent that this may persist.  However, the bad news is that if its discovered that actually, your relationship isn't a great one, that its rather unhealthy or wrought with problems, that this is unlikely to change.

(Note: of course, every relationship goes through challenges sometimes.  I am instead talking about the consistent and overall dominating aura and feel of the relationship).

This is good news for those of you who have left a not-so-great relationship.  No need to second think it or worry ;-).  No, it wasn't going to get any better.  In fact, it likely would have just done downhill further as the years wore on.  You made the right choice.  Better to find someone with solid/admirable character, to whom you are also attracted, and who is a healthier and happier match for you. 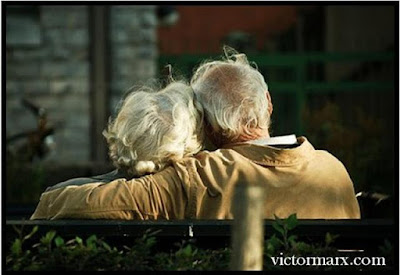 --One last really neat fun fact, though this one is instead related to resilience.  Although PTSD (Post Traumatic Stress Disorder) dominates conversations around psychology and adversity/traumatic events, that in fact, growth is a far more common aftereffect.

People who experience this specific growth report changes such as, the tragedy having made them kinder, tougher, less stressed about the little things.  That the adversity or trauma interrupted the busyness of their lives, forcing them to grapple with big questions like: what kind of life are they living?  And whom do they want to be?

A surprisingly large proportion of people come to believe that highly stressful life events do in fact, over the long term, help make them more resilient.  Sadly, not many studies reflect this truth.  Unfortunately, far more tend towards focusing on PTSD, even though post traumatic growth is actually far more common. 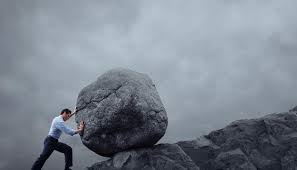 In conclusion, these were just a few of the worthwhile and fascinating things I learned from this read, A Book About Love by Jonah Lehrer, which I recommend checking out.  I only recounted a few of the things within that stood out the most to me personally.  However if you found this interesting, I imagine there is much more within this book that you would find important and interesting. 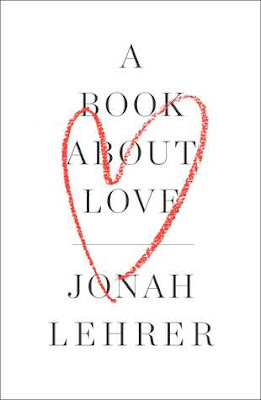 Email ThisBlogThis!Share to TwitterShare to FacebookShare to Pinterest
Labels: a book about love, A book about love by Jonah Lehrer, attached the new science of adult attachment, Brooke English-Barss, fun facts about relationships