I was asked a few months ago by a reader to please post more articles on the transition of having returned home after living abroad.  What this experience has been like, both emotionally and literally, as well as ways of adjusting to and dealing with it, reintegrating if you will. 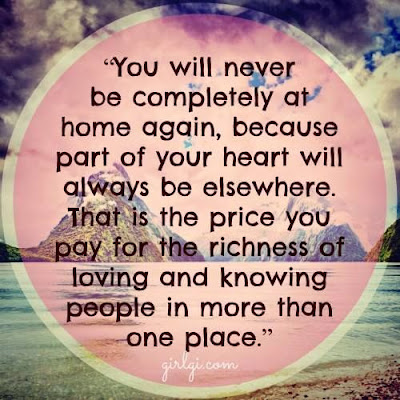 Real quick, before I delve into this articles topic...

--(For Part One of this same article, written just a couple weeks after my initial return stateside, you can read that entry here).

--(Also, how the initial decision was made...I wrote this a few months prior to returning to the USA, whilst still in Europe).


So, on with the details, continuing from my Part One article (written months ago).  Since my last entry....what its been like over the last, going on 10 months, of readjusting to life in the United States (after having lived in Europe for 4 years):

You will find yourself comparing things, not necessarily "better versus worse," instead though, making frequent remarks and comparisons with regards to life in the country you just left, versus life in the country to which you have just returned.  What you will learn via these comparisons: anywhere you live will have awesome aspects, and challenging/illogical/upsetting parts to its culture.  Some have more positives than negatives, just like other places will have more negatives than positives.  In general though, most places have a mixture of both.  You will realize thus that wherever you live, there will be things you will lament and long for from the other place. 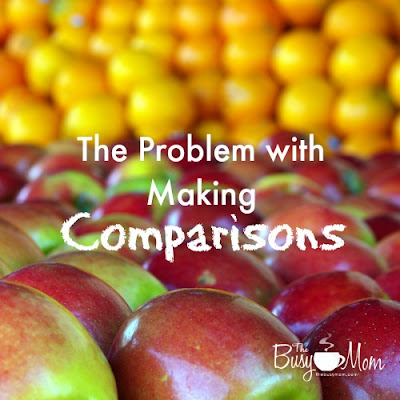 The life you left behind, after just a few months back in your home culture, will begin to feel like a dream.  Almost as though it never happened, or if it did, as though it was a whole lifetime ago.  It will feel like so short, too short, as though it rushed by and was over in the blink of an eye. 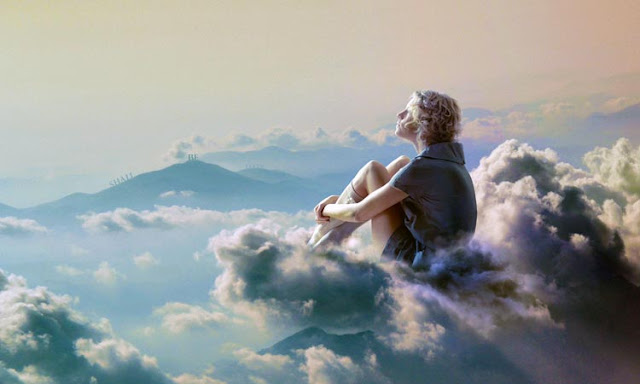 It will be lonely at times.  You will have (likely) just left an entire life you built in another country.  This will include a solid social life, a job, having had somewhere to live, etc.  All of this will be wiped out, and need to be built from scratch again in wherever you have just moved back to.  While I have close friends in both locations (within where I just moved back to in the US, as well as back in Germany), they were more closely contained back in Germany.  I had a bustling, lively, large handful of close friends, all of whom lived within 15 minutes of me.  I saw a different friend almost every day of the week after work, following by gym, and then lots of cooking, baking and food blogging on weekends, the week concluded by a several hours long solo writing session at my favorite cafe every Sunday.  I took day trips often on weekends, throughout Germany.  And once every 3 months or so, went on an entire adventure to a totally different country.  My life there was bustling, happening, exciting.  Here, living in New Hampshire, its slowed down quite a bit in comparison.  This is neither bad nor good.  It has just taken some adjusting to. 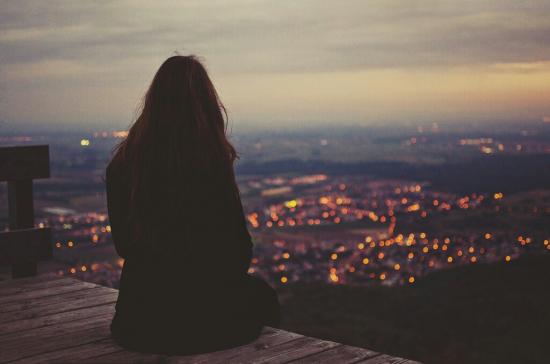 You will find yourself hurt and saddened at times, when people with whom you have remained close to and in touch with during the time you were away, are not all those you reconnect with as deep or as fast as you might have hoped/imagined.  Some of these people, you will reconnect with instantly, as you both hoped and assumed.  Your friendship picking right up where you left off.  With others though, you will not click back into place quite as quick as you assumed, and this will be tough to accept, as well as disappointing. 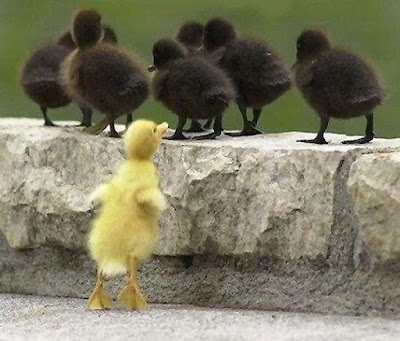 Important takeaway here though, from the point just above.  In the time you were away in another country, you built an entire other life.  The people whom you left back at home?  They too have been building on their lives as well, in the time you have been away.  This doesnt mean that you cannot click back into place with many of them, and be close to these people again too on your returning home.  Of course you can.  My point instead, is this:  Assume that on returning home, you are not coming back to the life you left.  That would be both boring, as well as a regression, and would refute the point of having left in a monumental way.  It would also imply that time somehow stops.  Unfortunately in certain moments, this is impossible ;-).  And thus, life continued on without you.

You left to adventure, and to grow.  To have new experiences and to build another life during this chapter away.  Therefore, assume your coming home is another entirely new chapter.  You may be coming back to a place of which you are familiar, and where you do have some loved ones there, as well as a few good friends still around who are available and interested in reconnection.  That is a great and beautiful thing!  It will help immensely with your reintegrating, having those supports and familiar connections.

But.  You are largely going to be building an entirely new life and experiencing another brand new chapter, even though its in a place you know to which you are returning.  And this, my friends, is an awesome thing, ripe with possibility and thrill.  If you can choose to look at your return in such a way, not only will it soften the blow when not everyone resumes closeness with you as quickly as you may have hoped, it will also help temper expectations and thus, lessen disappointment for you when things do not go quite how you hoped in some ways.  As well as, pushing you towards creating new experiences and pursuing new friendships on your return, in remembering that you are not sliding back into a previous life you left, but instead, creating a brand new one once again. 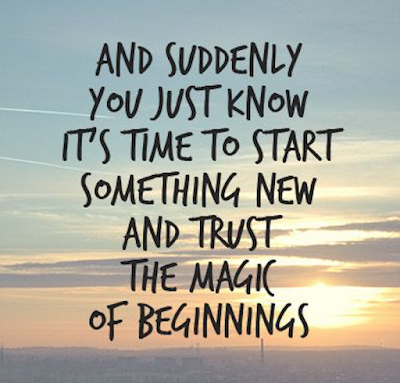 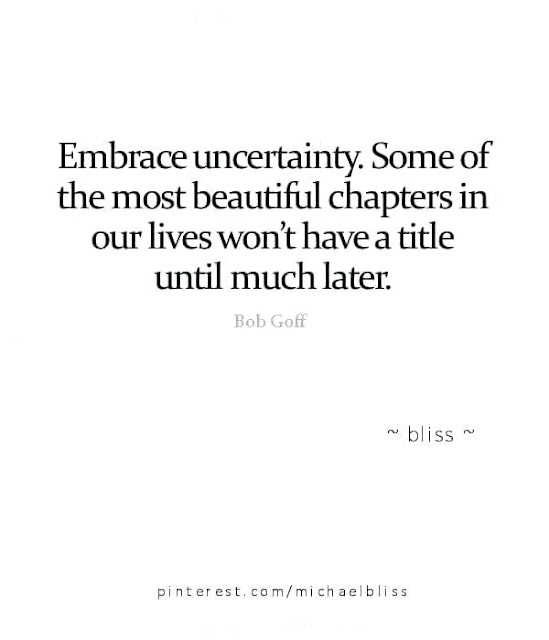 My #1 discovery though thus far has been this: things are not going to go the way you planned.  And this will be both deeply disheartening/frustrating/distressing, as well as awe inspiring and wildly beautiful.

I had a whole plan mapped out.  Return to the US.  Have a job secured down in Boston within a month, two tops.  Find an apartment.  Begin building my life there (via gym membership, starting my own meetup group, continued blogging, sign up for writing classes, you get the idea), and maybe find a romantic relationship that seems promising some 6-8 months later.  None of this played out in the way I laid out mentally, nor anticipated.  In most ways, that has been the most awesome of surprises.

Recently, I was working for several weeks on a prominent campaign in New Hampshire involving our attempting to amend the state constitution to secure protections and equal rights for victims of crime. This was, hands down, the most thrilling, meaningful, exciting, as well as challenging job I have ever had thus far in my life.  Life changing, without question.  This work was so many things for me.  Inspiring, in moments it was scary, suspenseful, laden with meaning, stressful at times, exciting, and even fun.  I will carry it with me for the rest of me life, this short but power laden life experience.  More than worth it, coming home, for this experience. 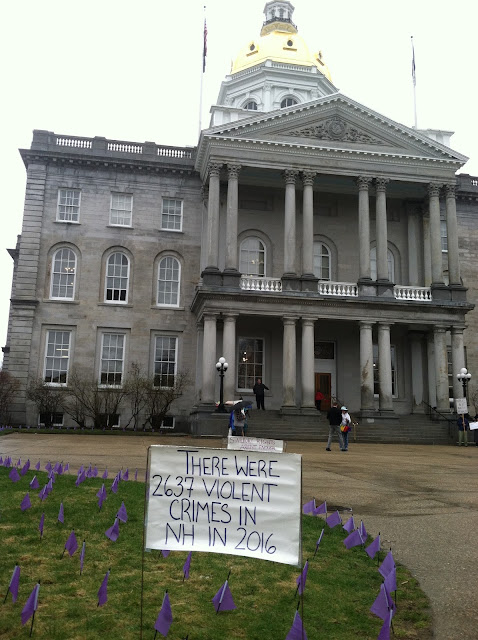 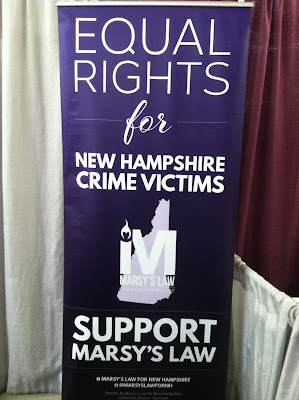 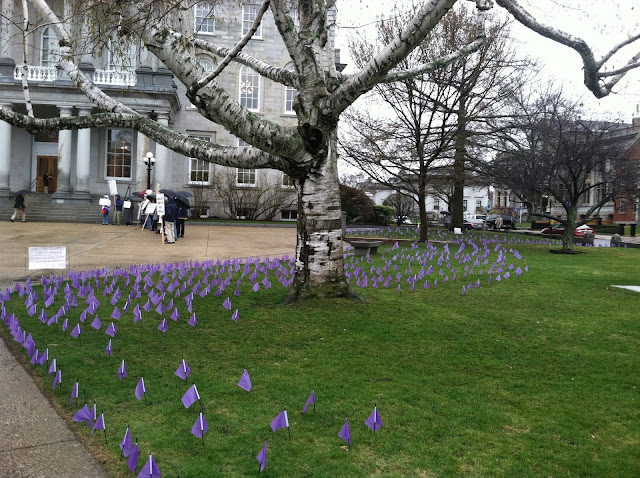 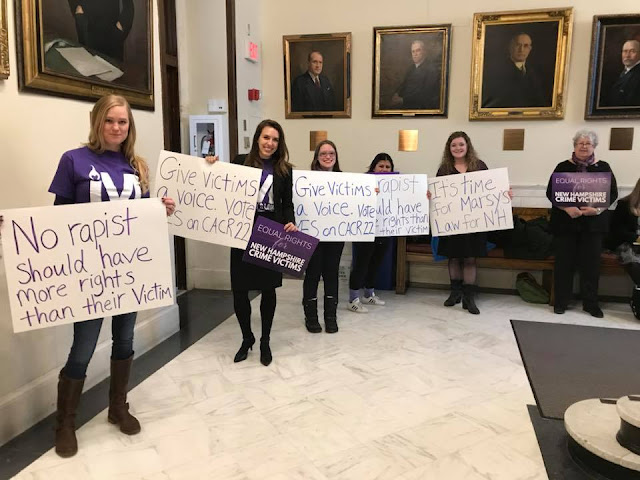 My living with my mom over what is coming up on nearly a year, while not my ideal (in the sense that I would have preferred as well as imagined being down in Boston months ago, with my own place, an exciting job, and a growing, bustling social life), has resulted in so much growth between us.  Our relationship, for the majority of my life, has been a complicated, tumultuous, challenging one.  At many times and on numerous occasions, its been beautiful.  Loving.  Supportive.  Positive.  And wonderful.  And during just as many other times, its been devastating.  She is both my greatest heartbreak, as well as one of the great loves of my life.

Living together, while I know in some ways not being either of our preference, has changed our relationship in powerful, poignant ways.  So many joyous moments together, such fun, heart to heart conversations, and getting to know each other as people on such deeper levels.  This experience of living together, its been life changing, I feel confident to say, for the both of us. 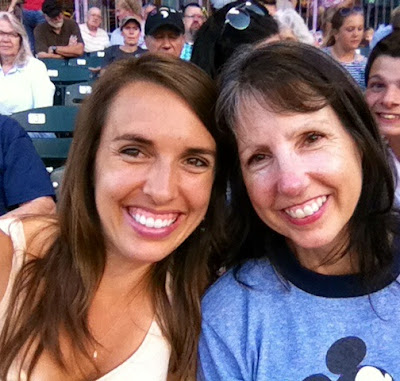 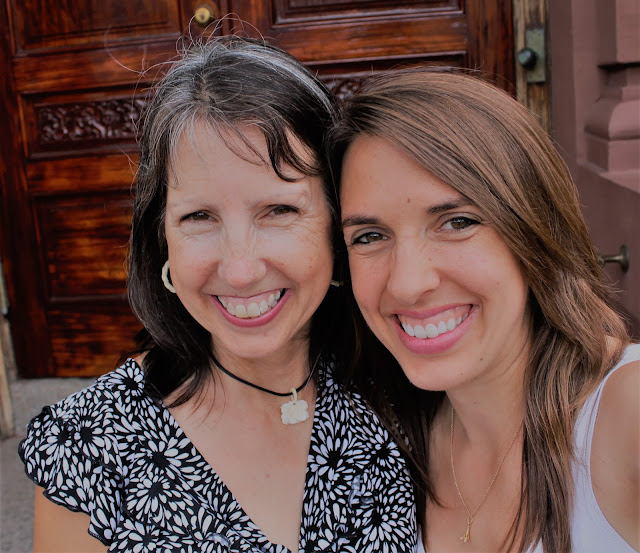 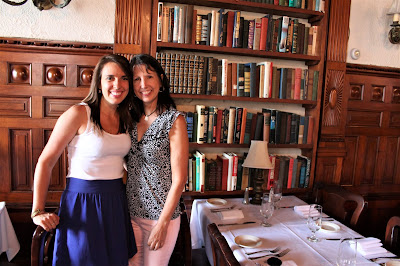 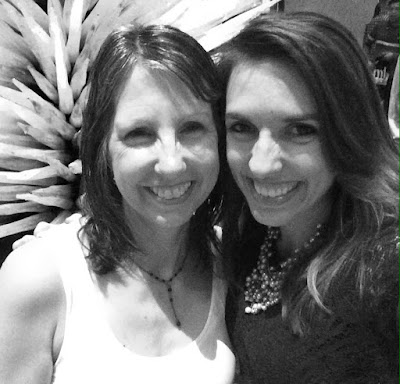 And finally, while I decided on dabbling in some dating soon thereafter my return (mostly for fun and to push my comfort zone, as I am not much of a dater), I didn't entertain the idea of finding a relationship that had much staying power for at least 6 months post coming home from Europe, probably more even.  Yet, nearly one month post my return to the US to the day, I met Maxx.  The man I have since fallen very much for.  (Funny because on our first date, my initial thoughts were, eh this probably isnt going to work...but isnt that often the way of it?  Much of the time, the people we least expect are the ones who end up being the "big ones").

Maxx adds joy and light to my life in so many noteworthy ways.  He is someone with whom I have experienced personal growth.  A person in whose company I feel both cozy, at home, as well as excited and enamored.  We have such fun together.  He is a beautiful person, inside and out.  Loyal, gentle hearted, thoughtful, ambitious, wildly intelligent, incredibly talented in more than one regard, creative, loving.  I am lucky to know him. 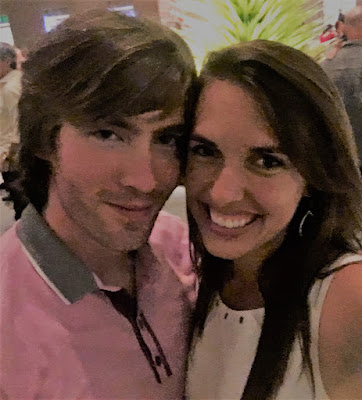 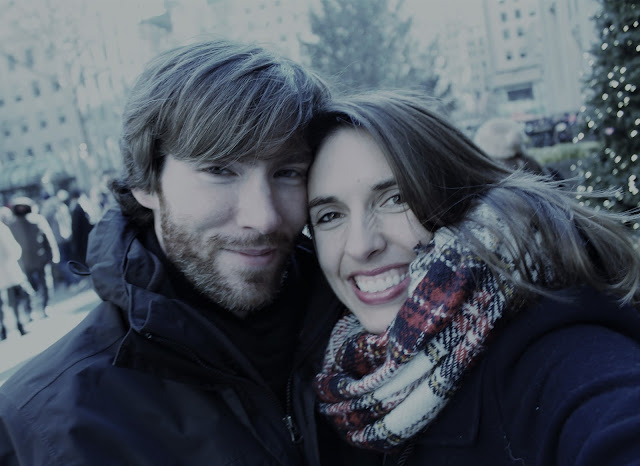 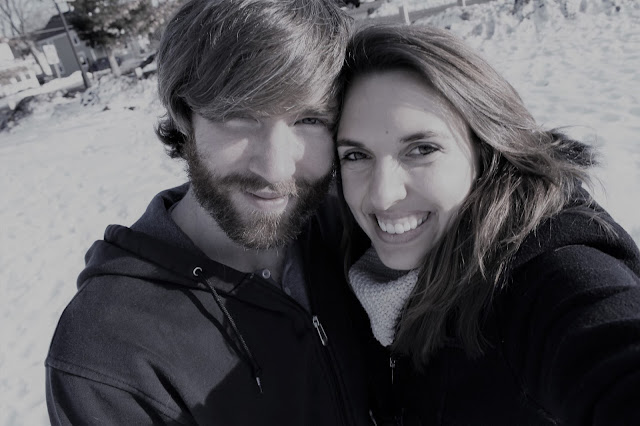 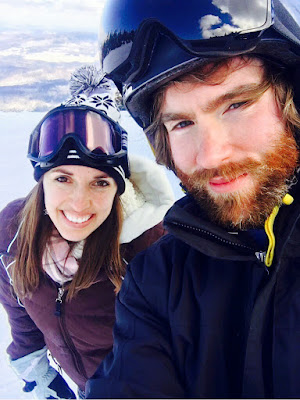 And thus.  In conclusion, returning home from abroad has entailed much surprise along the way.  Many moments, even phases, where I felt disheartened and anxious about things not going as I had planned (prime example, it took me SEVEN months of being back here to find a job.  I applied to easily 130 jobs, taking at least an hour per cover letter, sinking my heart, time, and efforts into this totally.  Coming up empty handed for months on end, really starting to grate on me.  Tugging heavily at the sides of my heart and enthusiasm).

And yet, all the while, I felt a continual undercurrent of awe and joy.  In all the awesome unexpected growths that occurred, both within me as well as in some key people close to me which I was observing.  In the unanticipated people and things that have come into my life, and marvelous opportunities that have crossed my path.  Knowing that, even while there were moments of much emotional difficulty and challenge, that all the while, this was exactly where I was meant to be.

That's not to say the door is closed on Europe forever.  No way.  That door will always be open, even if just a smidge, in my heart for me.  Under the right circumstances, I would return and live there again.  I so love it, numerous aspects of both the culture over there, as well as the life I single handedly built.  For now though, this is where I am supposed to be.  And thus far, its been a monumental, profound chapter of my life as its unfolding.

Trust in the universe, that it doesnt make mistakes.  That everything which happens to us is exactly what is meant to be happening in that very moment, all of it guiding each of us to exactly where and whom we are supposed to eventually be. 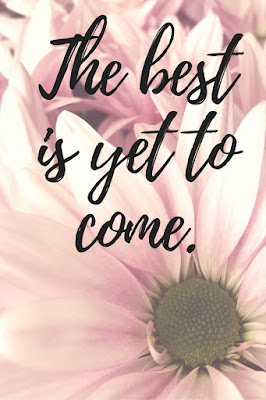