How seeking perfection can lead to misery

Being perfect.  Sounds awesome right?  Clocking in at your ideal weight, totally in shape and finally looking perfect.  Securing your ultimate dream job-and lets not stop there.  Your colleagues are all the most awesome BFFs you could possibly ask for, and your boss?  The bomb diggity.  He or she lets you work from home, take vacation whenever you want, and invites your departure on three hour lunches daily.  Now, imagine you are also a part of the most perfect romantic relationship, with never any challenges or bumps in the road.  Ever smooth sailing ahead.  Your partner always reacts the right way, is romantic, thoughtful, patient, never makes any mistakes or missteps, a dream person to date for sure.  You also have your dream house and ideal car.  Likely to be a pretty sweet life eh?  The bummer in there?  Unfortunately, it's impossible.

The quest for perfection is one of the quickest routes to misery, disappointment and resentment.

Want to know why?

Many of us out there, some more than others, have struggled with the urge towards perfection.  I too have had moments of frustration and disheartenment in accepting less than the top of what I had so hoped for and idealized.  However, those who ever strive for or chase after such perfection are chasing something they will never reach.  Ever leaving them frustrated and feeling as though having fallen short.  As though they aren't good enough.  As though having failed.  Inviting in emotions such as perpetual shame, regret and sadness. 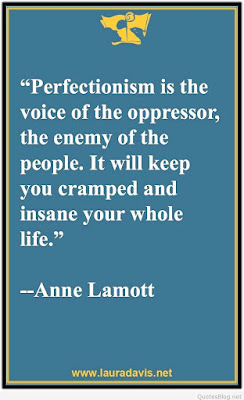 Perfection is like a mirage.  Something you chase and follow, rushing after, only to have it vanish upon supposedly nearly reaching.  Seeing that each time you think you may have gotten there, instead it vanishes.

Ever seeking perfection ultimately means being caught in an endless cycle of seeking, and disappointment.

Why do people do this?  Get caught in such a cycle?  Those who are plagued with the need to be perfect are often attempting to mask insecurity.  Because if one is perfect, then there is nothing about them that could be seen as "less than."  Thus, a perpetual race after flawlessness is often a disguise of ones own lack of self worth.  For not believing they are good enough as they are. 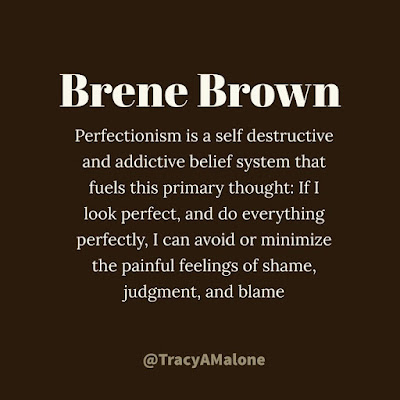 Seeking high standards and striving towards being the best one can be is a great thing.  Having such a mindset can instill one with a sense of ambition, motivation and thirst for life.  It can also guide one towards making decisions that are likely to result in their having a deeply satisfying life.  A job they will truly love, high quality/emotionally fulfilling/healthy personal relationships, and hobbies that set them alight.  When one has high self esteem and strives towards being their best self, this can provide a great sense of direction to ones life path.

However, perfectionism is not the same thing.  Perfectionism, on the other hand, can create much added stress and sadness in ones life.  For instance, perfectionists can be so focused on the elusive perfect (aka non existent) thing they wish to obtain that they lose sight of what's around them.  Missing out on much beauty that would be likely to bring them significant and possibly even greater joy.

Perfectionists often think they know what they need, that they already know the best way of doing things, and thus may not be as open to personal growth as those who aren't perfection striving.  This can hinder those with perfectionist tendencies from actually growing into the people they are capable of being.

Additionally, perfectionism can impact ones health.  This can look like ever going, going, going, even at the cost of ones own mental, emotional, social or physical health.  Potentially resulting in detriment to ones body (loss of sleep, poor self care, etc), or damage to ones relationships as a result of either neglect in connection to their tunnel vision or to such unrealistic expectations. 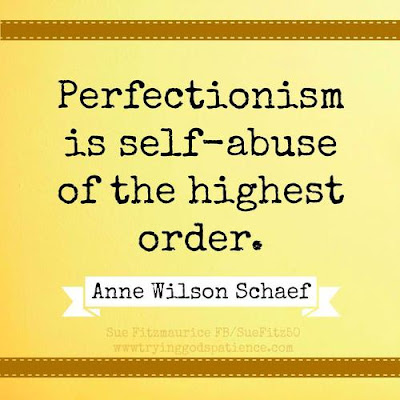 To hone in on one aspect of how perfectionism can damage our lives, how does/can it affect relationships?

The will to become a better partner and person is one of the most desirable traits a prospective romantic partner can posses.  However, striving to be the "perfect" partner not only isn't possible, but it is not conducive to having happy unions with others.  In fact, intense perfectionists often hinder relationship growth and closeness.  These types often tending towards vacillating between two primary emotions: relief and dread.  A tumultuous rollercoaster of an emotional pattern for sure.  Perfectionists tending to spend a lot of time dreading the next failure, while successes are usually met with only temporary relief as opposed to feelings of long term fulfillment and satisfaction.

Perfectionist individuals are often highly sensitive to perceived rejection or possible evidence of failure, coupled with a rigid stance of bracing oneself in response to perceived failure.  And when a person is caught up in this kind of cycle, they are less likely to be interested or able in developing healthy, mutually satisfying, real relationships and instead, often spend much time chasing the elusive rabbit of perfection in his or her own head.

Perfectionists often struggle with being emotionally available or vulnerable.  Feeling as though they have to be strong and stoic all the time and thus, are less likely to tend toward showing their insecurities, worries and vulnerabilities with those to whom they are close.

They can be fiercely competitive, which can set the stage for constant comparison and a sense of one-upmanship in relationships.  The exhaustion that comes with the perfectionists elusive search for such can lead to their giving up in the face of obstacles (some of which, they may have actually created with their own unrealistic expectations). 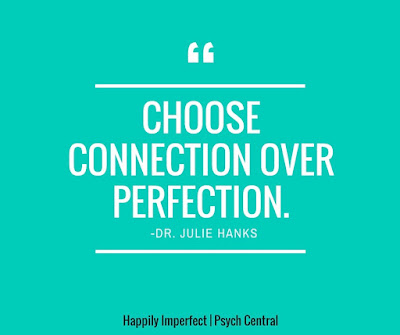 Last but not least, the final caveat of perfection?  Believe it or not, if your life was absolutely perfect, as outlined in the opening statement of this article?  Talk about boring.  A major part of what makes life awesome, exciting, interesting and rewarding is in not knowing what's going to happen next.  Its within the striving towards something, and not knowing if you'll make it or not.  Its found within being surprised at the way things pan out, if you are able to delight in and roll with the surprise.  Its found in pushing through and navigating challenge.

Stars cannot shine without darkness.  You cannot have one without the other.  So you see, its within the triumph, as well as failures, challenges, and setbacks, that make the whole canvas of life as awesome as it is. 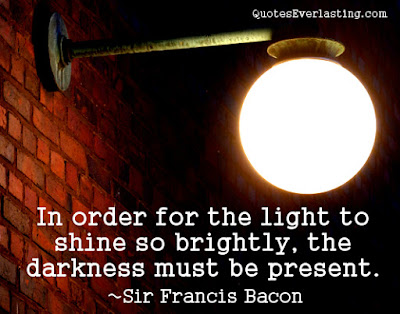 For those who struggle with such a perpetual elusive search, there is a possible other way of living which doesn't mean giving up the striving towards being as great as you can be.  Remember, there is a difference between striving to be your best versus striving to both do and be perfect.  Perfectionism is a mindset and its of course, possible to re-wire ones way of thinking (though this can take some effort and active work).

Truly happy and successful people will have, instead of a "perfection" mindset, a growth mindset.  They understand that life is a process of ups and downs.

That we are constantly growing, shifting, succeeding, and yes, failing.  That we will do things right, and do things wrong.  That this is par and parcel to life.  That its what it means to be real and human.

Authentic joy and genuine life satisfaction is found in striving towards your best, while in simultaneously accepting what is.  Reveling and finding awe, as well as worthwhile lessons, in both the light and the dark of life.  In finding worth within, accepting, and even embracing both of these opposing shades of life.  In being open to the people close to you being both beautiful, awe inspiring and wonderful, as well as at times, flawed, those who will make mistakes and who will have bad moments too.  Real happiness and life fulfillment is found in feeling the thrill of achievement and success, but also, in facing with bravery and acceptance, moments of failure, hardship, or less than what they had hoped for in that particular moment.

Life is messy.  Its complicated.  This is what makes it really tough at times.  Its also what makes it wildly, stunningly, achingly and awesomely beautiful. 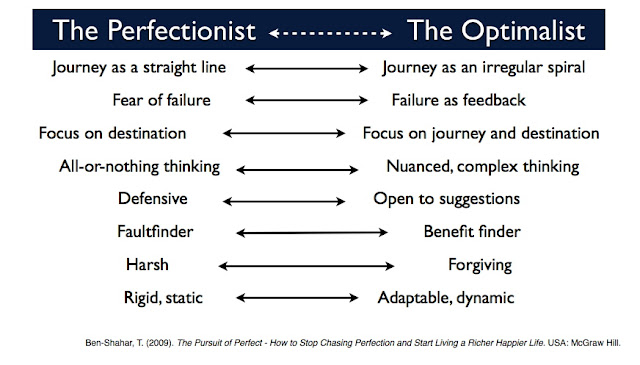