Books and Christmas Cookies.  Two of the greatest things ever.  I think its that time of year again at the moment, don't you?  What more inviting time to delve into a gripping read then when outside the temperature has fallen, snowflakes dance in the air, the wind has picked up, the day falls dark even before dinner time.  With the indoors even more inviting, books beckon.

This is of course, not news, but I have been reading a lot lately.  As much as ever.  I usually blow through anywhere between three and six books in a month.  Sometimes even a couple more, other times only two or three, depending on how long they are.

For this particular entry, I thought I would offer two rather fitting topics for the month at hand.  Some rocking reads, as well as one of my longtime favorite holiday sweet recipes (this one has roots in my childhood).

For some immersive and engrossing reads this Christmas-y month, consider checking out: 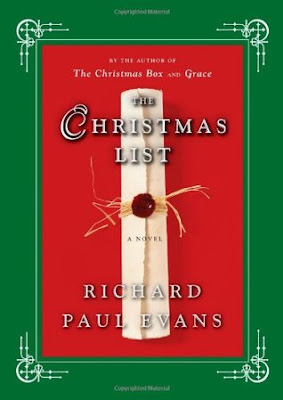 As I haven't read this one in years, I cannot fully recall the synopsis so I nabbed it off Amazon.com.  But I can tell you I LOVED it.  I think I read it in 24 hours flat, and then my boyfriend at the time, Adam read it in a day or two as well, equally as engrossed.  Here is the plot line:

Saturday , Three Weeks Before Christmas
James Kier looked back and forth between the newspaper headline and the photograph of himself, not sure if he should laugh or call his attorney. It was the same photograph the Tribune had used a couple of years earlier when they featured him on the front page of the business section. He had worn a silver herringbone-weave Armani over a black silk Tshirt for the photo session, the corner of an ebony silk handkerchief peeked strategically from the breast pocket. The black and white photograph was carefully posed and lighted to leave half his face in shadow. The photographer, a black-clad young Japanese man with a shock of bright pink hair, chose to shoot in black and white because, in the photographer's words, he was "going for a yin-yang effect -- to fully capture Kier's inner complexities." The photographer was good at his craft. Kier's expression revealed a leaky confidence.
While the photograph was the same, the headline could not have been more different. Not many people get to read their own obituary.

Utah real estate developer James Kier was pronounced dead after his car collided with a concrete pylon on southbound I80. Rescue workers labored for more than an hour to remove the Salt Lake man's body from the wreckage. Authorities believe Kier may have had a heart attack prior to swerving off the road.

Kier was the president of Kier Company, one of the West's largest real estate development firms. He was known as a fierce, oftentimes ruthless, businessman. He once said, "If you want to make friends, join a book club. If you want to make money, go into business. Only a fool confuses the two."

Kier is survived by his son, James Kier II, and his wife, Sara. See page 1 of the business section for more on James Kier.

Kier put the paper down. Some idiot's going to lose his job over this, he thought.

He had no idea what the article was about to set in motion. 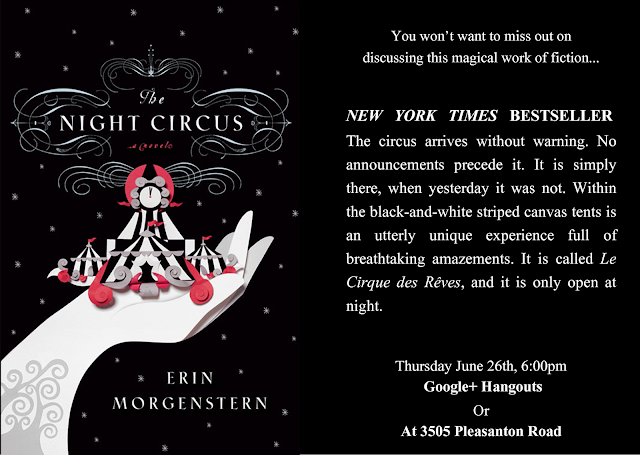 This book is utterly spellbinding.  For Harry Potter fans, its a MUST.  Though this one is far darker, and more intricately detailed than Harry Potter.  And even for those who aren't Potter fans, this is a totally fun and worthwhile read.  The scenes of magic in this book are awe-inspiring and breathtaking.  Super whimsical and just totally awesome, yet somehow, it manages to feel real.  The plot line is totally unique and engrossing.  I was swept up in this story literally from the start.  It takes hold of you and doesn't let go, right up until the end.  Its suspenseful, dark, creepy, but also wildly romantic.  And yes, this is a book that both men and women would love.  The ending is unconventional and surprising from what one might expect.  Definitely check this one out for a perfect wintry read. 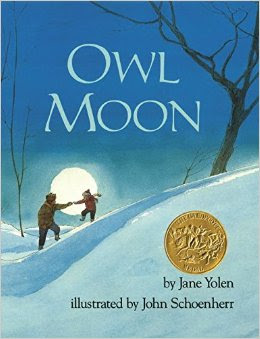 Despite this being a children's book, the imagery in this story is AWESOME.  This one is about a child and her father venturing out into the woods at twilight to look for owls together.  The tone of the story is a magical and poetic one  With lines such as: "the trees stood still as statues," "a train whistle blew, long and low, like a sad song," and "when their voices faded away, it was as quiet as a dream."  Her writing style and way with words makes for an engaging and actually rather wonderful read.  This story engages and tugs at the senses, pulling you into the snowy, glittering, mysterious world that she and her father inhabit that morning together. 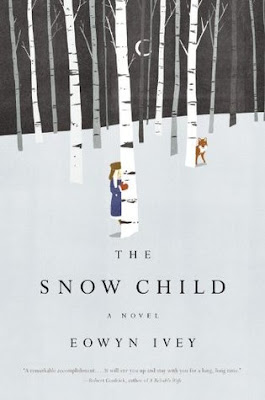 This book was a surprising, shimmering delight.  And no, its not a children's book (though I know it resembles one from the looks of the cover).  The story follows an ancient Russian fable that tells of a man and woman who cannot have a child of their own, which has caused distance and sadness in their marriage.  One night after a blanketing snowfall, they venture outside and in a moment of emotional openness and playfulness, and they build a snow child.  The next day, the snow child they built is gone.  A little girl shows up at their door who seems to know more about the forest then she should, her hair the whitest of blondes, her eyes the lightest of blue.

I wasn't sure what to expect from this book.  I thought it might be boring or cheesy.  It was neither.  I was swept up in the story, which is mysterious, magical and sad.  The author is excellent at painting the scene of the wild Alaskan wilderness for the reader.  She is a poetic and visual writer, absolutely worth reading.  I highly recommend this one.  I couldn't predict any of it.  The entire story as it unfolded was an unexpected surprise. 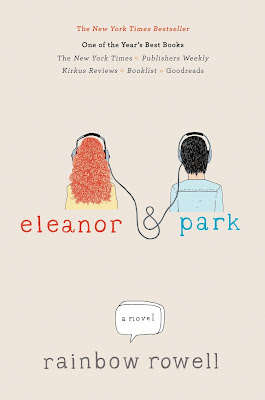 This book is one of the sweetest love stories I have ever read, but with a touch of raw truth.  I love the ending.  Unconventional.  Honest.  The story itself is surprisingly beautifully written.  I gobbled this one up.  The characters are believable and easy to connect with.  Their story is tender, sweet, heartfelt, but best of all, its real.  I love that it doesn't follow the usual love story script.  Absolutely read this book.  It has excellent reviews on Amazon.com for a reason.  And yes, I imagine many men would love this story as well.


And, now onto the cookie section of this entry!!!!  Behold, the spread of my table during the massive cookie bake-off that took hold last weekend, gifts for my friends <3

I have two excellent recipes to offer you, both of which are pictured below.  Scroll down to discover the deliciousness.... 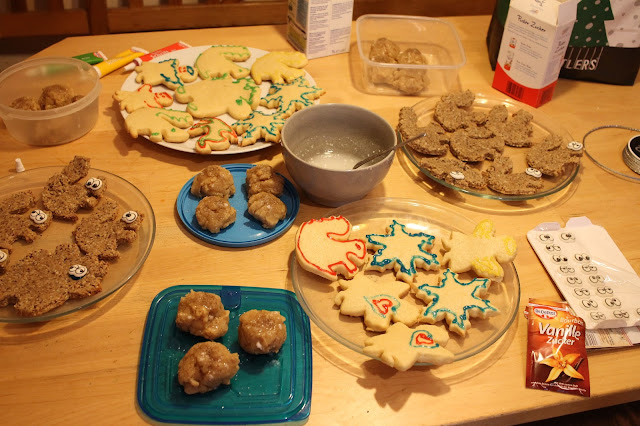 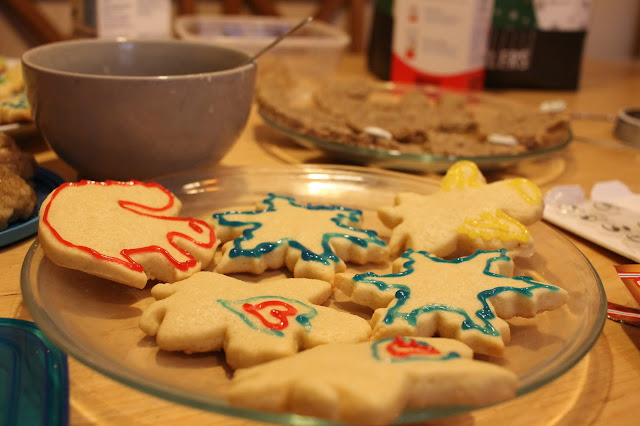 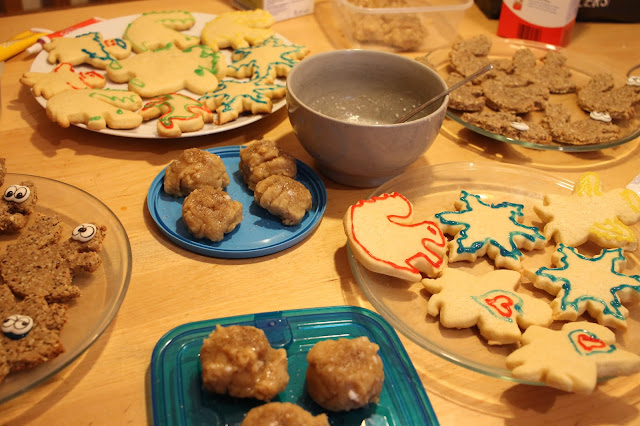 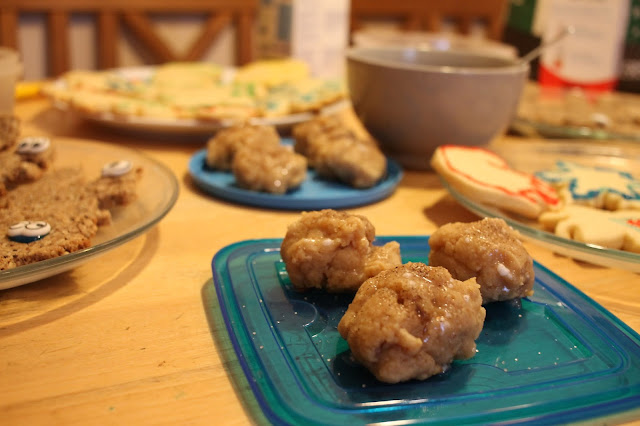 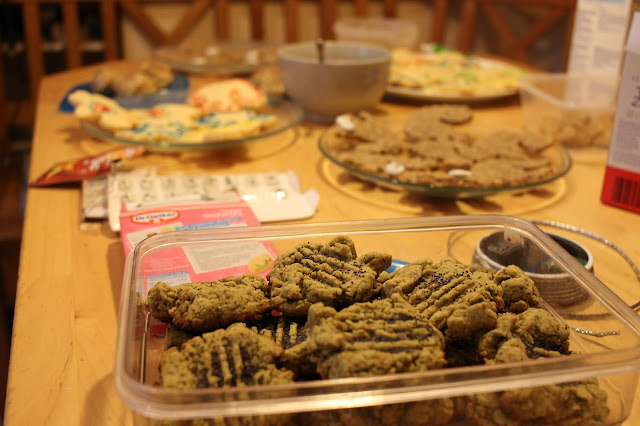 The first recipe is a delicious "mock" gingerbread cookie (though really, you might not be able to taste the difference between this and the real deal).  From all who have sampled it, I received enthusiastic, rave reviews.  They cannot believe its sugar free, gluten free and lactose free.  This is one of my easiest to make as well.  It takes literally 10 minutes to mix together the "batter."  The recipe is found here, a direct link straight to it.  Enjoy! 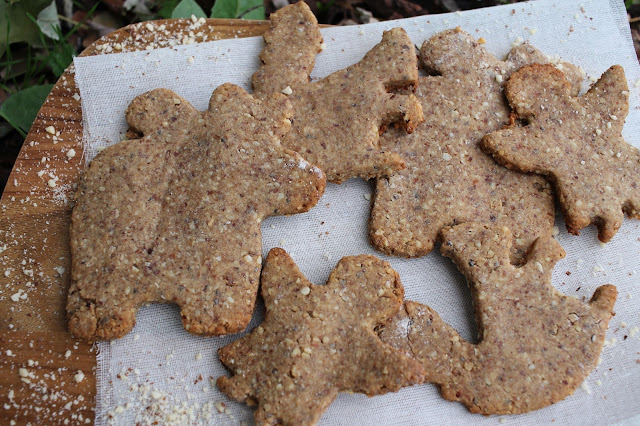 The second recipe is close to my heart, as its rooted in my childhood.  These are my moms traditional Christmas cookies, which she made for us every year growing up.  I awaited Christmas time with bated breath so that I could chow down on a number of these within the days closing in on Christmas.  So delicious.  Soft, sweet, cakey, oh man.  You can find the recipe here.  Another shockingly easy one to make. 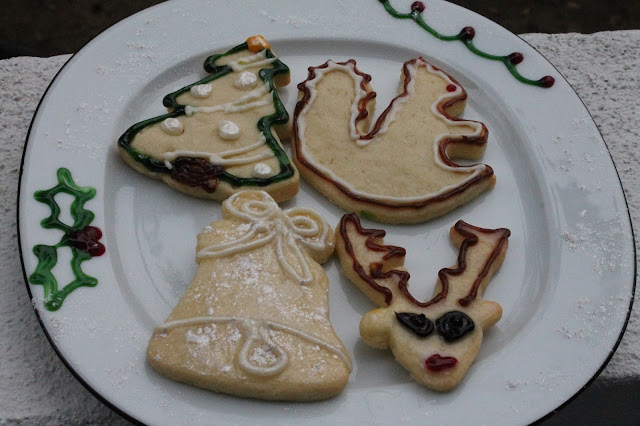