Its a Wonderful Life

If you haven't seen "Its a Wonderful Life," then you must.  Immediately.

As a thirteen year old, I grumbled and groaned upon my family forcing me to sit through this one.  In my teenage mind, the fact that it was in black and white unquestionably attested to the fact that it would be totally lame.  How wrong I was.  This movie is securely seated among the "best 100 movies ever made" for a reason.  Its phenomenal.  Its unforgettable, deeply emotional, totally charming and engaging.

The story tells of George Baily, chronicling his big moments beginning from within his childhood up through his adult years.  Upon first glance at his present day adult life, George has a seemingly simple existence, as well as a largely unfulfilled life.  Sure, he has a wonderful wife and loving children.  But he has spent the entirety of his life giving up dream after dream after dream, only to grudgingly fill the shoes of his father.  Shoes that he never wanted to fill in the first place.  George had vivid imaginings of taking a very different route then his father had.  One that would be filled with world adventures and larger then life creations of his own.  This didn't end up being actualized.

Distraught and dispirited with where his life has gone, a subsequent event bringing George to the end of his rope, he decides to take his own life.  But just as he is about to do so, a guardian angel appears.  The angel, Clarence, gives George a glimpse of what the world as he knows it would be like if he hadn't been born.  Something George is convinced would leave everyone far better off, including himself. 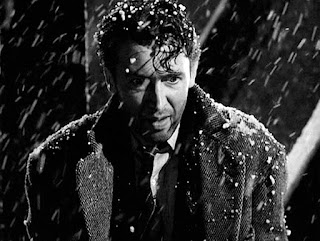 What follows is eye opening, poignant and heart rocking.

This movie shows us the far-too-often overlooked lesson that, the true riches which lie within ones life cannot be held.  Our riches lay not in the figure that is deposited into our bank accounts each month.  They do not lie in the material goods that fill our home, or the fancy clothes we wear.  So many of us forget this all the time.  I forget it myself.  And yet, so many of those who seek happiness and fulfillment in money and things are surprised when they later come up empty handed.  Disappointed.  Discouraged.  They are surprised to find that they still feel empty and alone.

Those of us who are who are deeply happy, fulfilled and overflowing with joy, are the ones who have a handful of incredibly close friendships.  People whom we can trust deeply, with whom we can laugh a lot, who we can confess our innermost selves to, people who inspire and move us, people who stir the best of what resides within us, those who make us feel supported and loved.  These are what true friends are made of.  And when we surround ourselves with them, we can feel a luminous glow from within. 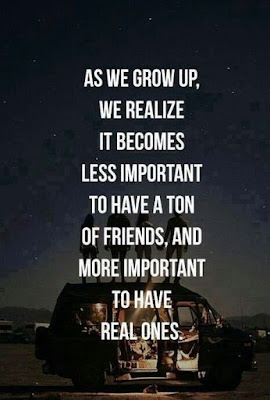 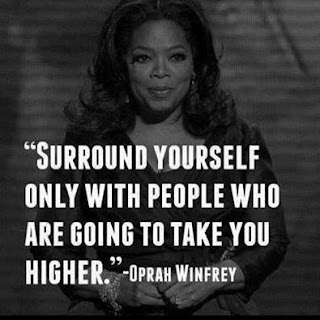 Those of us who have a handful of people like that in their lives are the ones who are happiest.  And it isn't just me saying this.  Studies have shown it to be true time and time again.  And one doesn't need hundreds of close friends to feel happy.  In fact, a friend to many is a true friend to none.  Meaning, no one has the time to be close friends with loads of people even if they wanted to be.  Close relationships take hours and hours of investment.  Hours of listening, making loads of memories together, laughing and spending time with one another.  All of this = time (and a lot of it).  So, unfortunately we have to pick and choose.  But, its important to have at least a few of these people in our lives.  Those of us who have none are probably living a somewhat sad existence.

On a slightly separate but related topic just in brief, I have read concerning articles (more then one) that claim nowadays, people are lonelier then ever.  That people are more "connected" then ever via texting, Facebook and social media, but that we are actually lonelier and more disconnected in some key ways then ever before.  Supposedly 25% of people admit to not having a single person whom they feel they can truly confide in.

Its a Wonderful Life reminds us that the richness in life is found within the love we share and experience with others.  And by love, I am not just referring to romantic love.  Yes, that's a piece of the puzzle, but in fact it is not the majority of the puzzle.  Its only a piece.  A person with a romantic partner but who has no close friends will eventually find something very lacking in their life.  And actually, there is a good chance this will cause their relationship to eventually crumble.  But that's another topic for a different post.  (However, millions of people who are in the stage of being single but who have full social lives are incredibly happy and fulfilled.  So, one needs close friends). 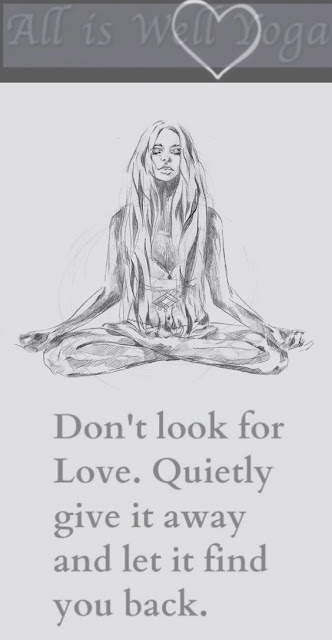 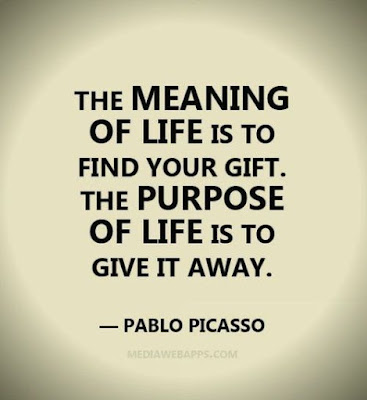 On the surface of things, George Baily didn't have much.  His house was somewhat ramshackle, he hated his job, most of the things his family owned were second hand and shabby.  He was never able to venture to all the far flung places of which he had dreamed.  But even George himself was blinded to the riches he held when he looked only at where his life lacked in terms of material goods and the disappointment of his career.

Yet, he learned that he had been wrong.  That in fact, despite all of that, his life was wonderful.  It took nearly throwing it away to finally see clearly through the fog that had settled over him in recent years.  To see that in fact, he was one of the richest men in town. 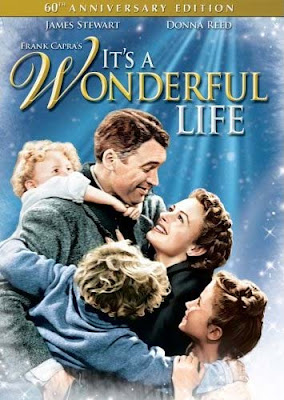