In Defense of the 7 in Dating

Howdy to all on this fine fall (ish) morning!

In some of my recent observations, conversations and in a culmination of my own life experience up to now, I am going to make a case for the 7 in dating, and why it may just be a major mistake tossing them aside.  Allow me to explain. 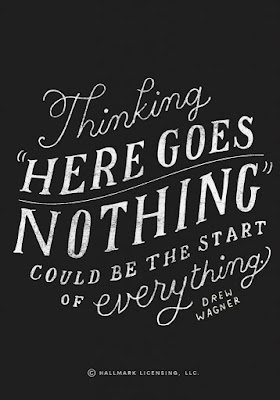 In my reading and observations of the dating culture nowadays, I believe there are two mindsets which have come to be fairly prevalent, both of which are potentially problematic and contribute to people having more trouble finding their next "big love."

These two mindsets are: a certain efficiency we have adapted with regards to dating, and, the perception that there are endless romantic options at the ready, via online dating.

With regards to the first issue, efficiency.  Many people have become all about rushing through dating.  Swiping through loads of people in seconds.  Going on one date with someone and, within minutes of it not being a chemistry crackling 10 of a date, tossing them aside and nixing any consideration of a second. 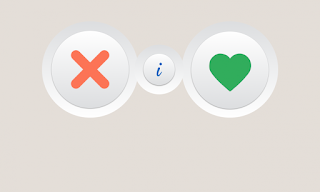 Dating is one of the few life veins that we should be doing the opposite in though.  For instance, as opposed to meeting loads of people who seem like ok matches, or who "look hot" but on paper seem meh, why not meet just a few but with far more partner potential?  People with whom you have had a decent basis conversation with before meeting and whose profile seemed thoughtful and truly interesting to you.  This is one way of maximizing your time instead of wasting it.

Or, what about going on a date with someone and, when the date turns out to be not necessarily a 10 right off the bat but is at least a 7 (meaning, decent conversation, finding them fairly attractive and enjoying their company), assuming that this is absolutely grounds for a second date (instead of relegating them to the bin of no-wins).  How much can you truly know about someone's partner potential, or really, about a person in general, from just one date?  Pretty much zilch.  You are given the barest hint, the tiniest nibble, the briefest snippet of who someone is on that initial meeting.  So my point is, if the date is pretty darn good though not bombshell?  That's still (what should be) an intriguing thing.  One I would urge as being worthy of a bit more exploration.

Most people are somewhat awkward, shy or not totally themselves on the first date.  So if the date was still a solid 7 overall, that is totally grounds for spending some more time with them to learn about this person and what might be the potential that lies between you two.  Sevens can, within 3, 4, or 5 dates, grow into tens.
Sure, if the date is totally lame or the person does something that makes it a deal breaker for you, then obviously there shouldn't be a second date.  I am not advocating forcing something or settling.  What I am advocating is not being so quick to toss aside something decent that could grow into something awesome if you gave it a just bit more time and curiosity. 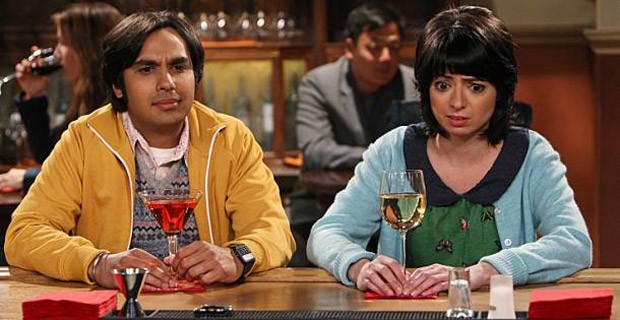 Yes, though its a rare phenomenon over the big picture of life, many of us have met or will meet someone with whom right off the bat, you feel an explosion.  Instant intense attraction, major chemistry, immediate click, etc.  I personally have experienced this too and its the bomb diggity.  That instantaneous, explosive, knee shaking attraction and connection.  Its thrilling, romantic, super sexy, basically the ultimate.  Its one of the most emotionally intense and outstanding experiences of ones life.  In an ideal world/life, those are the circumstances under which we all meet our partners.  But in reality, this is somewhat rare.  And even further, just because you have those feelings for someone does not mean they are a good match for you over the long term, nor does it mean the relationship will necessarily be a healthy or good one.  It might mean that.  But just as easily, it might not.

The problem is that when we make this the default for what we are searching (immediate fireworks) and toss aside loads of people who we do find attractive and really liked but they weren't quite that explosive experience immediately, this is potentially missing out on worthwhile or even incredible things that may have revealed themselves to you a bit later.

Something I have also observed at this point, in watching my friends, hearing about others, and via my own experiences, is that you can still have this with someone whom you didn't necessarily feel it with right off the bat.  A 7 can evolve into an outstanding 10 within a handful of dates.
Exploring an initial 7 can end up being a love of your life, but when you move on after just one date, you miss out on that possibility. 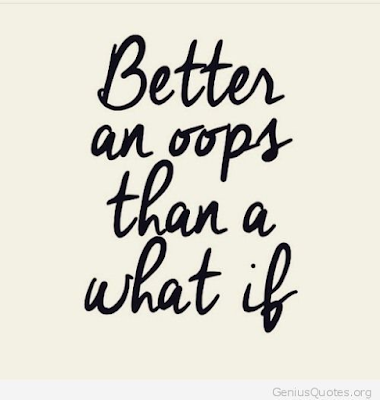 And the second potentially problematic mindset I have seen in dating nowadays is the skewed perception that there are loads of people at the ready at your fingertips (mostly via dating apps and online dating), which promotes all of the above.  Discarding right away those who were pretty decent but, under the assumption of there being a plethora of better options waiting, holding out for that elusive off-the-bat 10.

There is always a chance of finding someone with whom you match well and will fall in love throughout the entirety of your life, no matter where you are.  I dont think this possibility runs out or ever goes away.  It's out there in the universe, waiting all the time.  So I am not trying to say that in scrolling through loads of dating options, you are losing out on that chance at some point.
What I am saying is that dating apps are an efficient way to move through your options but when you use a resource more efficiently, you ultimately use up more of it.  On dating apps, the resource is people.  You swipe through them as quickly and efficiently as possible, so you use up more romantic possibilities quickly.  Many of which could have been really good matches or partners for you, but who are overlooked in a glimpse. 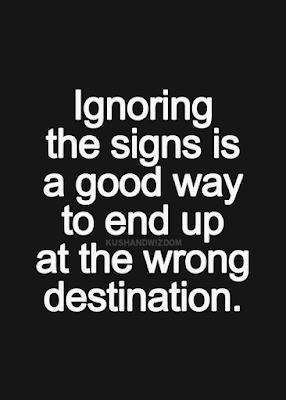 While dating apps too can always result in finding a partner, there are just as many people on them, if not more, who do not.  And I believe the reason for that is highly attributable to the mindsets I am outlining in this article.  That these two mindsets make it a lot harder to find that great match.
The mindsets of, "eh, there's always someone better," or "there are loads more options waiting," these feeding into the first point of likely tossing aside people with whom you might really have matched well or ended up loving deeply had you given a bit more time and investment towards seeing how things might unfold.

These thought processes encourage us to be aloof.  To be less mindful, to pay less attention and to rush.  When instead, we should be doing the opposite.  Paying close attention.  Slowing down.  Choosing carefully.  Giving something promising and interesting some more time.  Being willing to invest a bit and take a chance with someone who seems to have potential.  Listening and watching.  Being open.  These are the ways of approaching dating that will bring you closer to love and finding a great partner. 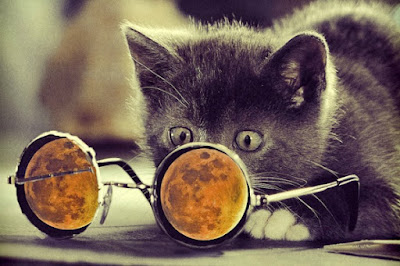 Having all this theoretical choice may be working against us, in terms of our willingness to invest, slow down a bit, and really take the time to give someone a fair shot.

Research has shown that people you aren't necessarily attracted to right away can become attractive to you over time, as you get to know them better.  Evaluating someone's compatibility as a partner or your feelings on them in the span of a single swipe, or even just one date, eliminates a lot of possibilities and potential. 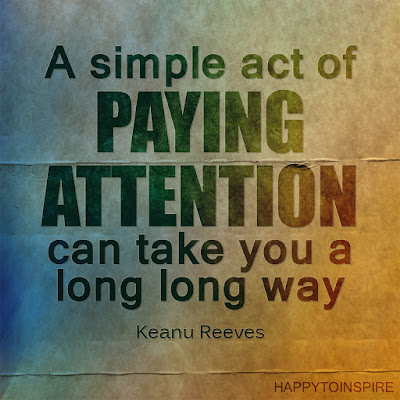 Dating in general, can be so much fun.  Its a wonderful thing.  Meeting prospective partners and exploring potential romances, getting to know them, spending time with different kinds of people, flirting, that first kiss, adventuring into these thrilling experiences and emotions with someone, seeing what happens, the anticipation and tension.  All of it can be so fabulous.  In fact, it is.

Online dating can also be a fantastic tool.  It helps people meet and cross paths who never would have otherwise, some of whom have the potential to be great partners for you.  The issue and disconnect seems to be in how we are approaching dating nowadays and in the particular mindsets and attitudes that some people have begun adapting as their default dating modes and approaches.

If we can shift our mindsets somewhat, along with utilizing the tool of online dating to its intended and most effective degree (which is merely: to provide the initial introduction and door opening.  Far too many people have long, drawn out conversations over weeks online which is kind of silly and aimless.  Establish an initial connection and interest briefly online but then you need to meet in person to really know if this is going to click or not.  Let the app provide the intro but then go out and do the dating in person!), I believe these shifts could result in a lot more people having better luck and far more fun in their search for fabulous, viable and satisfying romantic partners and just great dating experiences in general. 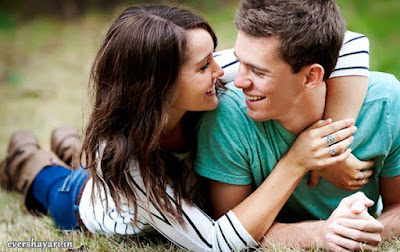 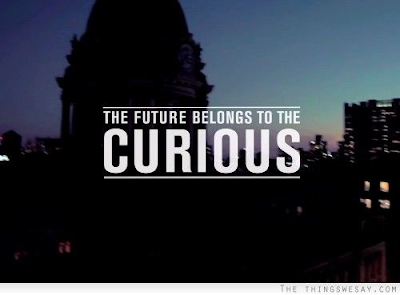 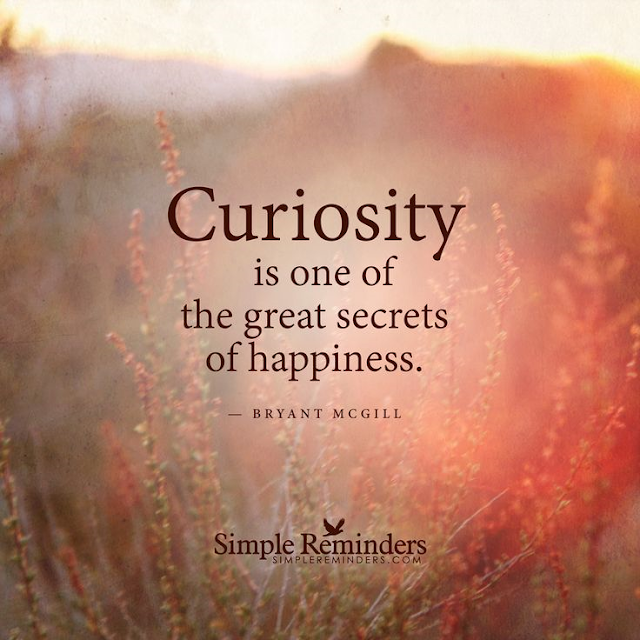 Email ThisBlogThis!Share to TwitterShare to FacebookShare to Pinterest
Labels: Brooke English-Barss, dating culture today, efficiency in dating, In defense of the 7 in dating, our dating culture, problems in dating today, problems with online dating