What Makes a Life of Sweet Success and Meaning?

This post falls into the vein of my occasional "musing about life" types of entries.  So, what exactly does it mean to fail?  And conversely, what does it mean to succeed?  I imagine many of those reading this will feel that they have some pretty clear, concrete ideas on how they would define each of those two concepts. 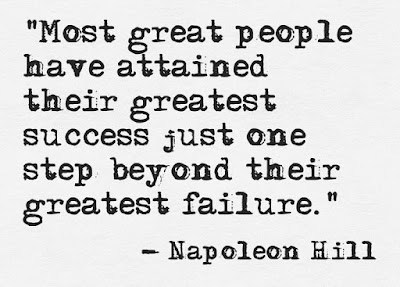 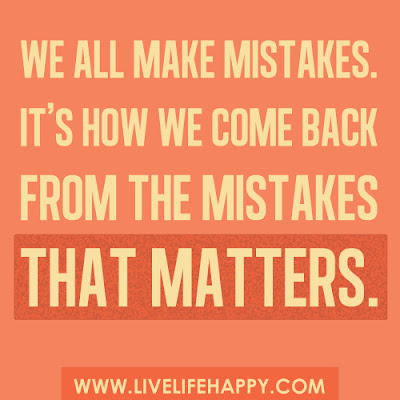 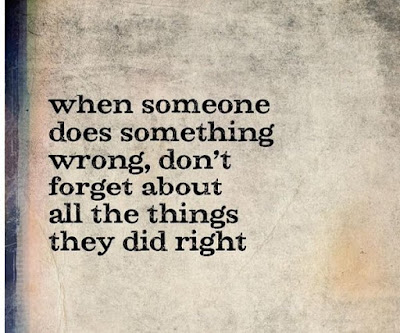 We live in a culture (especially Western culture) where people are defined as either having led a good or bad life based on what they have achieved, aka how "successful" they are.  Usually this is in relation to material goods or career success.  Short of these things, we do not tend to pay much attention to the other attributes of ones life that may or may not be equally as powerful indicators of success.  Some of them which in actuality, might be far greater indicators of success than money or reaching the top of the career ladder.

For example, what about the single mother who raises two or three children all by herself?  Working hard to support them financially.  Taking personal time to connect with and be close to each of them.  Being a firm but loving parent who teaches good boundaries and good character.  And each of those children turning out to be wonderful people.  Is this not a successful life? 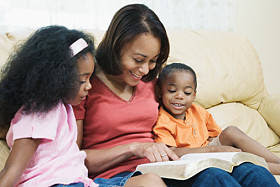 How about the person whose greatest life dreams are to travel and help others?  So they spend their life exploring the world, never really having one stationary home base.  Instead, moving frequently from place to place, not making much money but seeing the world, immersing themselves in different cultures, helping people (such as, assisting with rebuilding villages struck by poverty, teaching underprivileged children, volunteering at homeless shelters, helping protect abused animals, etc).  Is that not a worthwhile, successful, wonderful life?  Because they aren't rich and at the top of a career ladder. 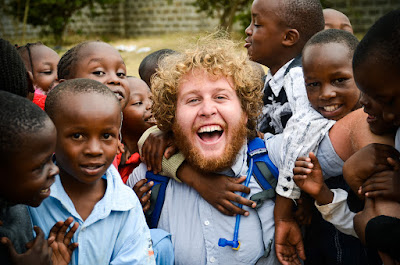 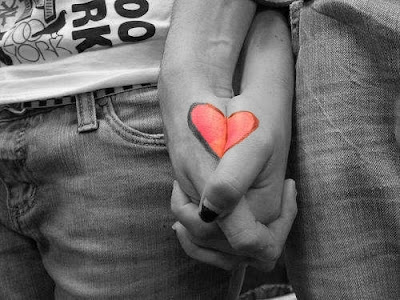 How about the poor poet who works a mediocre office job but spends her life publishing books of poetry, none of which are bestsellers, but which fulfills her deeply and brings immense meaning to her life.  Is she a big, fat failure?  Or even a shitty writer?  Because none of them made it big.  Plenty of phenomenal writers not only don't make it big but never get published at all.  And conversely, a plethora of horrible writers are published every day, some of whom even go on to sell a lot of books (to name just a couple: My Drunk Kitchen by Hannah Hart, It Ends With Us by Colleen Hoover, not all but the vast majority of Cecelia Ahern books, the Twilight books, Fifty Shades of Gray- all of these utter garbage, all of which sold a crap load of copies). 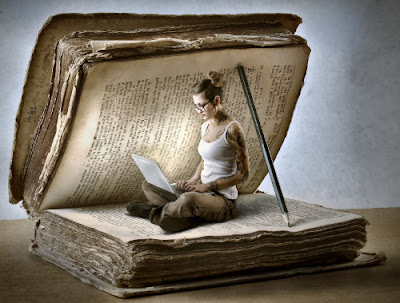 Or the couple who chooses not to have children.  Choosing instead to adventure together.  To cherish their friendships and prioritize those, as well as their close connection with each other.  To travel the world.  To love their siblings or friends children.  To have pets together instead.  Each having deep passions, hobbies and life purposes that bring them joy and satisfaction.  Feeling as though in not having children that their lives are just as meaningful and wonderful.  Why is this not a life equally as successful and fabulous as one in which a couple decides to have children?

(Important note: I am absolutely not saying that couples who do choose to have children do not treasure or want the things I just listed and described.  Not at all.  I imagine many of them want those things too, but with kids in the picture.  That's a wonderful thing :-).  I am just referring to the people who chose not to have them, for want of really focusing on that other stuff and not feeling as though being without children leaves their lives lacking). 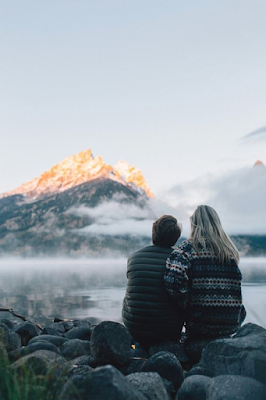 I could continue giving examples all day, but I wont.  My point is simply to illustrate that maybe the lens through which we view what makes a life "successful" or not could potentially be too narrow.  Too judgemental.  Too limited.  Too pressurized.  Possibly even too boring.

Might it be that there is a vast plethora, a kaleidoscope of colors and shades which can make a life successful, vibrant, fulfilled and amazing?  Meaning, a success? 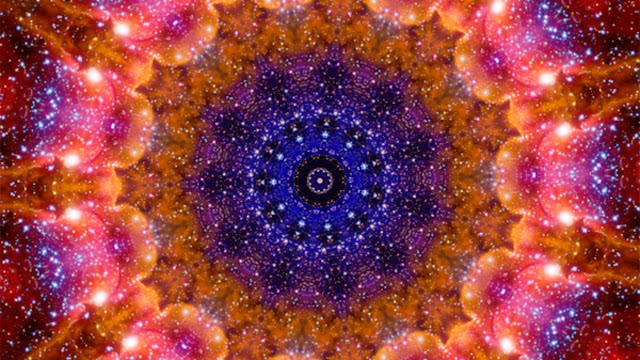 A second point on this same topic vein.  We also live in a culture that tells us as long as one works hard, they can eventually be or achieve anything they wish.  They can obtain the huge mansion, they can work their way to the top of the career ladder, they can become a famous singer on American Idol, or sell their screen play for millions of dollars, if only they sink enough hours, blood, sweat and tears into any of these ventures.  This is a somewhat separate topic, but still worth noting.

The problem with this line of thinking is then of course, for the 95% of us normal citizens who do not reach these tip-top, epic levels of what we already narrowly define to be a life of "success," then these people are assumed to be (and labeled) as failures.  As not having lived a life that amounts to much.  And further, the blame is usually placed squarely on the individuals shoulders.  As in, "you must not have worked hard enough for this," someone might say to them (or think).  Or, things like "You just didn't try as hard as you could have. Otherwise, you would have reached the top."

This is of course majorly faulty thinking.  Millions of people work incredibly hard and will never make it to the top tier of their desired destination for a myrid of assorted reasons (opportunity, chance favoring them or not, right place at the right time, inborn talent, etc).  For more on this topic, check out the book Outliers by Malcome Gladwell.  He dispells some of the myths I just outlined, regarding our false assumption that "success" (or not) lies in direct correlation with some of the points I made (such as, how hard we try, or how talented we are- which may or may not have any bearing on us making it to the top). 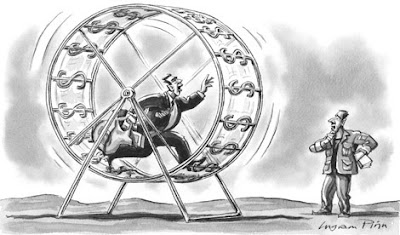 And finally, my last point.  For the itty bitty percentage who do make it to the top tier, who do achieve the height of all that they hoped for, at what cost?  And was it truly worth it?  Were your priorities and actions really in line with a life that will bring you the deepest sense of joy, connection to others and fulfillment?


In our culture, we regularly celebrate people who become rich by doing exceptional things.  First, as mentioned above, these people are the rare exception, not the rule, but additionally the nature of those “exceptional things” often requires extremely high opportunity costs.  Bill Gates famously slept in his office five days a week and remained single well into his 30s.  Steve Jobs was a deadbeat father to his first daughter.  Brad Pitt can’t leave his house without being bukkaked by flashbulbs and cameras.  The man has stated that he’s gone through periods of depression due to the social isolation caused by his extreme fame. 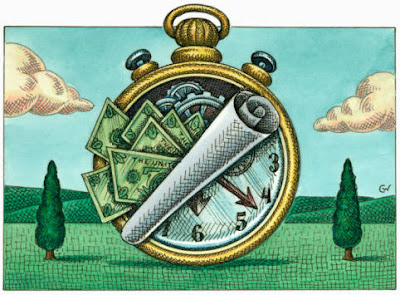 So, its worthy of some contemplation.  What do you really want?  Is making CEO really all its cracked up to be?  Even if that means a big potential for lack of social life and/or a strain on a romantic relationship throughout your life?  Or, might the emotionally deep friendships and big love actually bring you greater fulfillment and satisfaction?  Is having the Porsche really going to change your life for the better?  Even though it means spending enough money with which you easily could have taken 15 incredible vacations and adventures around the world with that same amount of money?  Is it truly worth accumulating lots of nice things that will just sit in your house year after year if it means forgoing adventures and discovery of the world to do so (aka traveling), when you only get one life and its a fleeting one at that. 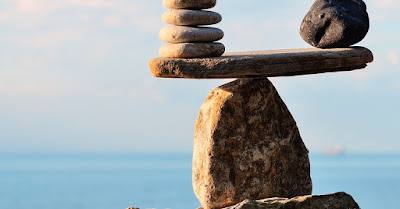 In looking back on the big picture and choices of your life, what do you want it to look like?  What will you wish you had done?  Who will you wish you had been?  What will have been the chances that, looking back, you wish you had taken instead of shying away from?  The places you'll regret not having gone?  The goals you'll wish you'd gone for instead of chickening out of?
And, back to my first question: what, to you, defines a successful life?  Or perhaps more aptly phrased, what to you defines an awe inspiring, exciting, fulfilling, heart rending, meaningful life?

Ill end this blog entry with one of my very favorite quotes.  With keeping it in mind daily...you may just find some of your actions shifting.  Choosing to pick up the phone and call that friend.  Deciding to feel the fear over something but doing it anyway.  Opting to take that chance.  Or possibly the opposite, finding the bravery and strength to let go of something you know is long overdue in letting go of.  You might decide, screw it, swallow your anxiety and finally just lean in for the kiss.  Or, on biting the bullet and booking that ticket to whisk you off to a far flung locale.  Deciding on treating someone you love just a little bit nicer, or taking the time to pause and truly listen to someone you care about.  And quite possibly, giving some more careful thought to what will truly result in a life filled with meaning, magic, love, wonder, and thus, how to have lived a life that's a rousing success. 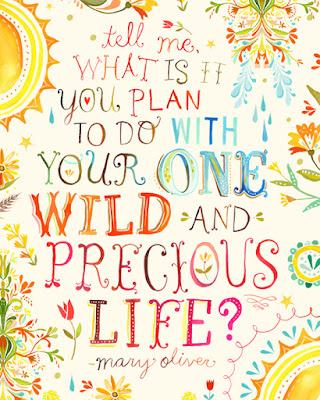 Email ThisBlogThis!Share to TwitterShare to FacebookShare to Pinterest
Labels: Brooke English-Barss, finding your life purpose, meaning of life, what is success, what makes a life of sweet success and meaning, what makes someone successful