The Life Changing Power of Grace

Yesterday, I was puttering around the kitchen while pondering over what might be the topic of my next blog entry.  Uncharacteristically, finding myself stuck, not sure what to write about.  So I turned to my mom and asked if she had any ideas.

"You could write about living on a lake.  Water quality, and how that affects other things...its importance."

Queue blank stare from my end.  Not so much haha. ;-p

"Or, you could write about peace.  Or grace.  One of those topics," she said.

Grace.  That one caught my attention, as its something I both find fascinating and a topic I have read about here and there over the years (with regards to things like synchronicity...coincidences...etc).  So, with simmering idea in hand, I sat down and began writing, unsure of what the result might be or where I would go with this broad scope of a concept.

What, exactly, is Grace?  I feel this is an oft used term and yet, though most will claim to know what it means, not many can pinpoint its exact definition.  And how/why is Grace a potentially life altering thing?  One that, if a person chooses to turn toward this type of thinking, embracing the reality of such a thing, that their life and inner emotional world can take a turn vastly for the better and even, dare I say it, the extraordinary.

(And no, in talking about "grace," I am not referring to religion.  Though I completely respect and honor others religious and/or spiritual beliefs, I personally do not subscribe to a belief in God.  So this article is not in reference to any type of God, from the standpoint at which I am writing it.  Though I imagine some readers may experience and interpret it in such a way within their own reading/meaning, and that's all good too).

First off, within the famous early American evangelical hymn "Amazing Grace," the initial word associated with grace is "amazing."  Something amazes us when it is not ordinary.  When it isn't predictable.  When it seems not in the usual course of things.  Its interesting because, put this way, one might tend towards thinking of grace as an otherworldly, rare type of phenomenon.  Yet, when we take a moment to truly examine the prevalence of grace in our daily lives as well as over the big picture, one might be surprised to realize that actually, its a rather common and even predictable phenomenon.  Ready for that potential realigning of your outlook? 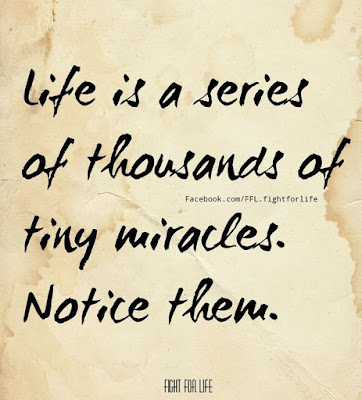 I'm going to zoom in first on the scope of illness.  Both mental and physical illnesses.  Why is it that thousands, potentially millions of people who are diagnosed with devastating sickness such as cancer, strokes, heart attacks, ulcers, the list going on, and yet many of them battle said illness/health issue and go forward to live fruitful, full lives, still quite healthy and able bodied?  How is it that there are people, every single day, who are told they have weeks or months to live upon the discovery of a particular disease supposedly in their body and yet, go on to live decades more?  What about the people who survive major traumas in their life and come out the other side, at least intact, if not some even for the better?  We know why certain people commit suicide.  What we don't know is why certain others don't, given the horrors they've gone through.

In the ordinary course of things within life, we should (in theory) be eaten alive by bacteria, consumed by cancer, littered and clogged with fats, inwardly destroyed by emotional trauma and other harsh experiences.  Ultimately, it isn't especially remarkable that we sicken and die as this is the natural course of a life cycle.  What is remarkable though is that despite all of these obstacles, setbacks, heartbreaks, battles via illness either physical, emotional or mental, is that we do not sicken very often, and we don't die very quickly.  That even further, many of us continue to thrive.  And we can say the same about both emotional trauma as well as grave illness to the body.  That somehow, most of us seem to rise above and continue onward (albeit some more successfully than others).

There is a force, the mechanism of which we do not fully understand, that seems to be at work regularly in most people.  Protecting and encouraging their physical health and thriving under even the most adverse conditions. 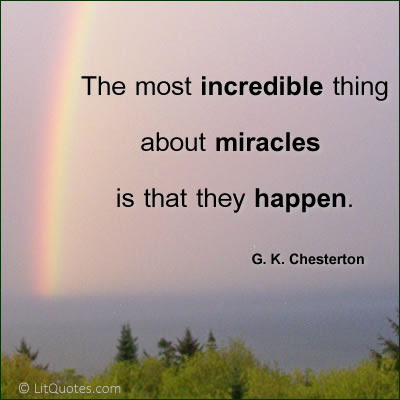 Now I am going to refocus my lens on the matter of accidents.  How about all the times a person is very nearly but not quite in a huge accident?  Missing one another by inches of metal or finding oneself separated by catastrophe by mere milliseconds?  Or, finding oneself barely missed in being hit by a car while on foot?  How about taking a massive fall and somehow, being totally ok?  Jamming on the brakes and coming to a stop just inches from the car in front of you?  Narrowly missing skiing into a tree.  Almost falling out of a window.  The examples go ever onward.  If each reader examines their own life, I imagine the majority will find in their personal experience similar patterns of near misses.  How can this possibly be a conscious decision making mechanism?  Or, is it that most of us lead "charmed lives"?  Or, the third option...might it be something else at work?

Many may think there is nothing about all of this.  That these are embodiments of silent survival instincts at work, or mere coincidences.  With regard to the health issues, silent survival instincts, resistance and the bodies repair mechanisms at work could all be possible.  But with regard to accidents and near misses?  This involves not just one individual but additionally several unpredictables and uncontrollables on the outside as well.  How does one explain that?

What about people (I have heard of this, and imagine many of you have as well) who have either witnessed or been in automobile accidents in which victims have literally crawled, intact and unharmed, out of unrecognizable vehicles, destroyed and smashed to smithereens?  Accidents in which, its impossible that a person could have survived such.  How do you explain that one?  Pure chance?  Could be a twist of fate I suppose.  Or, it could be something inexplicable and awesome. 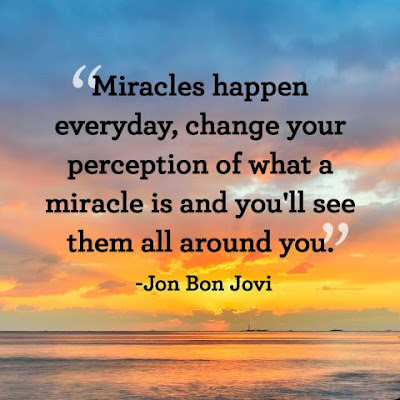 How about Carl Jungs theory on Synchronicity?  The principle of meaningful coincidence or experiences unfolding in such a way that its hard not to be mind blown by their timing or the way things seem to align.  This can be anything, from being about to swear off dating and then meeting "the big one" the very next day, to just when you are thinking of a person with whom you haven't spoken in a long time, they call you.  It can be feeling terrified or devastated over something and then, something else appears in your life making you realize that in fact, the initial loss was the best thing that could have happened.  The examples of synchronicity are endless.  Each one though, if you consider it, is capable of making one pause for just a few moments longer.

And somehow, the timing seems important, perhaps even a crucial element in these moments and coincidences. 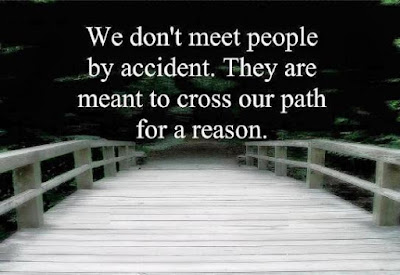 These can also be initially seeming negative coincidences.  Things that happen, bringing to light something we knew was there but didn't want to see.  That moment that solidifies its finally time to let go, something you knew in the back of your mind for ages but were unable to face.  Or, that you were looking at the wrong door or window for far too long, not realizing that something far better was in the works and coming.  (People make this particular mistake a lot.  Myself included ;-)).

This can include losing what a person might imagine was their dream job, only to stumble onto a totally unforeseen path that brings them far greater joy and fulfillment over the long run (know the story of Margaret Mitchell, who wrote Gone with the Wind?  That's a pretty extraordinary case like what I just described).  It can include traveling to a place you least wanted to go initially, situated firmly at the bottom of your bucket list, and yet finding the most marvelous, unexpected treasures in said place.

Countless things (aka more synchronicity) that, while at first seem like devastating losses, unrecoverable heartbreaks, tragic twists in the path, end up being game changers and in the best of ways. 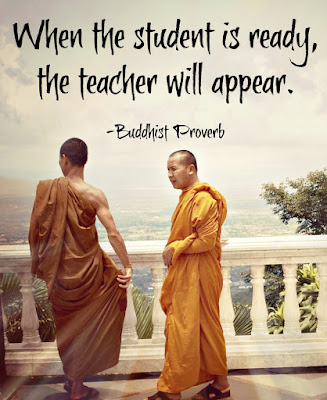 When you put together each of the examples above: miracles of the body in relation to physical/mental health, with regard to trauma many have experienced and come out the other side of on top.  When you consider near misses, what should be/have been fatal accidents, life ending diagnosis, devastating losses, and the growth and flourishing that still occurs for many afterwards.  When you examine synchronicity, meaningful coincidences, certain/peculiar timings of things, the way stars seem to align in just such a way.  All of this happens routinely in each of our lives and the lives of those around us.  Some of which we do recognize and are awed by (or, unfortunately for some others, recognizing but dismissing it away).  While other big moments, we miss in being distracted.

Grace though, is one of the many leading (but especially powerful) forces in each individual life as well as among humanity as a whole.  Start paying attention.  Watch the meaningful coincidences the swirl within your own life.  The way things seem to play out just so.  If you open your heart to it, allowing yourself the risk of wondering, being awe inspired and moved by this awesome, sometimes inexplicable aspect of life, you may find yourself surprised by the miraculous things that you will see occurring both around as well as in your own life. Email ThisBlogThis!Share to TwitterShare to FacebookShare to Pinterest
Labels: amazing grace, Brooke English-Barss, life is a series of miracles, miracles, synchronicity, the life changing power of grace, the road less traveled, what is grace