Consumer Culture Does Not Want Men and Women to Love Each Other. 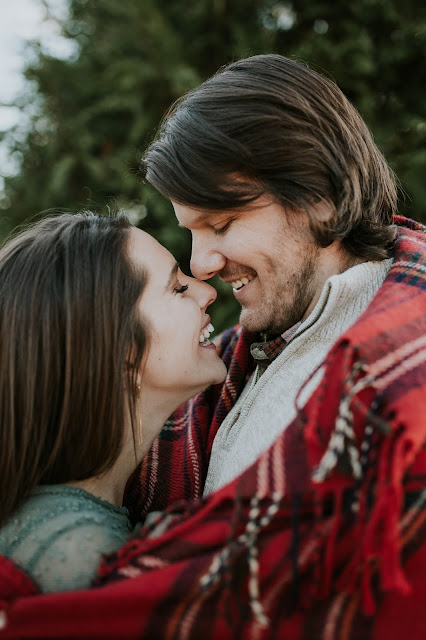 In fact, they depend on this.

Because, it would then be the downfall of civilization as we know it, meaning, of male dominance.

Women who love themselves are threatening, but men who love real women, possibly even more so.

The last thing our consumer culture wants is for the sexes to figure out how to love each other. The $1.5 trillion retail and sale industry depend on the sexual estrangement between men and women. It is fueled by sexual dissatisfaction.

Ads do not sell us sex. This would be counter-intuitive. Then, men and women would turn toward each other, they would be gratified and generally fulfilled within their relations with one another. They would stop buying into consumer culture if this were the case.

What consumer culture sells instead is sexual discontent.

Consumer culture depends on maintaining broken lines of communication between the sexes, as well as, presses on society the promotion of fierce emotional insecurities in each.

The beauty myth that our culture crushes women with as a perpetual life pursuit keeps a gap and mirage of misleading and disappointing fantasy ever-present between men and women. It keeps us spending vast sums of money and looking distractedly about us, instead of noticing, focusing on, investing in, and loving each other. The authentic human beings, of varied look, body type, color, and temperaments, right in front of us.

Consumer culture is supported best by markets of men who want objects, and women who want to be objects. To make things more distracting, the object desired is ever-changing, disposable, and dictated and decided upon by our market at large. This keeps women ever scrambling, and men ever distracted.

Culture tells us what is beautiful, sexy, or desirable, and we follow along mimicking, molding, and melding ourselves in numerous attempts at filling this fantasy, pretend ideal, in order to be “seen” and desired.

This object of desire which consumer culture and pornography dictates also ensures that as few men as possible will form a significant and lasting bond with one woman for years, or for a lifetime, and simultaneously, that women's dissatisfaction with themselves will only grow over time. This encouraging the diminishment of women’s mental, emotional, and even physical health.

Emotionally unstable relationships, self-hating women, emotionally unavailable and uncaring men, high divorce rates, all of this is both created by consumer culture and serves as kindling in the continued fueling of that fire. It maintains distance and distress between men and women.

All of which is good for consumer culture and economy. And all of which is terrible for healthy or fulfilling relationships, as well as, the individual lives of men and women.

The military, to which the US government allows nearly one-third of its budget, depends on men buying into the standard propaganda of militarism: that their wives and children will somehow benefit from their “heroic” death.

Yet, if men’s love for women and their own children instead led them to and let them define themselves first, as fathers and lovers, the propaganda of war would crumble.

The consumer economy also hinges on a male work structure that denies family. Men police one another's sexuality, forbidding each other to put sexual, romantic, or familial love at the center of their lives. This occurs both in the work realm and outside of it.

Consider such comments by men to other men such as “wow, he is so whipped,” or “oh, a real family man now, are you?” Men are ridiculed, demeaned, and challenged if, in any way, they choose to make a woman and family their central life focus. As though this is somehow misguided and pathetic.

All of it is designed to keep women down, diminished, insecure, ever feeling unworthy in how she looks, and always in pursuit of “looking” or “being” better so she might be desirable and loveable (since, per our culture, a woman is not either of those things unless she is a flawless centerfold quality “beauty”). As well as, advertising and porn are used to keep men distracted, in pursuit of, and unable to focus on the real beauty of the woman right in front of him- known, familiar, eventually lined and marked, the one with whom he wakes up each morning.

Today's urbanites now put their sexual fate in the hands of online dating, swiping through faces akin to shopping in a catalog, and workaholics, handing over their libidos to work. Careerism, a gold medal in the world of work, and a title over which we glow and use as a form of bragging. Yet, emotionally and romantically, we are growing more disconnected and distracted by the second.

One need not look far to notice our general, growing interpersonal disconnection with each other. Just glance down the length of a subway car, or within a city bus, or even, across the expanse of a cafe. A vast majority of people will be sitting, heads down, fingers tap, tap, tapping, gazes trained on screens and not on the human beings right in front of them. It’s now commonplace to see families sitting at restaurant booths, all of them looking down at their own separate screens and not interacting at all. Couples, doing the exact same thing.

Images that flatten sex into “beauty” and beauty into something inhuman or impossible, or that subject women to eroticized torment, are politically and socioeconomically welcome, in that they subvert female sexual pride, they keep women insecure and ultimately down, and they ensure that men and women are unlikely to form a common cause against the social order, which so feeds on their mutual antagonism and insecurities.

Now, imagine for a moment if women stopped buying into, going along with, and chasing after our culture’s narrowly prescribed, rigid, homogenized, unattainable, and at times even cruel beauty myth and picture if instead, women rejected that cultural construct and started truly loving themselves.

Women who truly, legitimately love themselves are convinced of their self and social worth. Their love for their bodies would then be unqualified. Thus, eating disorders would cease. Plastic surgeons would go out of business. The advertising agencies would need to invent entirely new imagery. The diet industry would go under.

Women would no longer choose, feel pressure toward, or a need in chasing after a singular, narrowly prescribed beauty ideal, and one that hurts women in numerous ways (because eating disorders, cutting open one's body and inserting it with foreign objects to “look better” for one’s cultural demands of “beauty”, as well as, general self-hatred and feeling constant insecurity and dissatisfaction with oneself, these are all inflictions of violence on oneself).

Women who know in full and are truly convinced of their worth would demand equal pay to men. They would ask for what they want in bed. They would stop confusing their sexuality with the posing for and catering to the desires of men. Women would stop dressing like sex workers in everyday life
and further, confusing it with liberation.

They would demand paid childcare, as well as, fair pay for the plethora of additional work women do (from elderly care to childcare, and work around the house).

Women in the workforce would suddenly pervade all fields. Their main gigs would not remain, as they are still today, relegated to jobs like teacher, nurse, and administrative assistant.

They would relish and revel in food, the way that most men do freely, and the way that women should. Women would treat food as nutrition, fuel, pleasure, and sustenance. Instead of all the disordered ways in which we are trained to think of and approach it now.

They would treat exercise as a means to the maintenance of health and vibrancy, as opposed to something done in an obsessive, self-punishing, anxiety-laden manner.

They would cease remaining silent and even quiet. Women’s voices would be heard, in equal measure, with men’s.

The force of women would become so great that men and our culture as a whole would be forced to reckon with what women want, deserve, and would then be demanding, in terms of respect, pay for their work, treatment in their interpersonal relationships, equal social standing, within the sexual realm, and throughout the world.

We would be unstoppable.

The patriarchy would fall.

Relationships between men and women would flourish, they would grow tender, healthier, and become a true life force, the one which they are meant to be.

Our culture does what it can to keep men and women from authentically loving and truly seeing each other as they are, and, to erode women's love for themselves.

If we pushed back on, challenged, and rejected this, all of it, we could and would change the world.

We could change the way love is experienced between men and women.

We could change women’s physical and emotional lives.

We would change our whole culture at large, in wildly positive, significant, awesome ways.


This article was inspired by the profound insights of Naomi Wolf, author of The Beauty Myth- How Images of Beauty are Used Against Women.
Posted by missbrooke28 at 1:43 PM