Whew, one wonderful and exciting week/weekend in Prague down!  I ventured to a bar with LIVE Puma’s on the prowl just outside within the bar courtyard for patrons to enjoy watching, walked all over Prague to a farmers market and then sat along the riverside with some classmates, went into the city on Saturday night for FREE museum night with some fellow classmates, met a wonderful Czech woman for tea and pastries on Sunday morning with whom I had been put in touch with by a friend from back home in Boston, and finally spent my Sunday afternoon Skyping with two of my best friends from home, my Mom and my Dad.  LOVED it!


By the way, for those of you who have been waiting for these…here are some photos of my apartment, finally!  This is the apartment I am living in now which I will be staying at until Thursday, October 3 which is when our course ENDS!  That is already so soon, I cannot believe it.

So I have received numerous comments and messages from friends and family about how amazing of a time it seems I am having, which I am!  Thank you so much, everyone!


However I also thought it might be helpful for those of you not doing a huge, exciting cross-Atlantic leap like I did to hear about some of the negatives or challenges of this experience so far.  Some relate specifically to the city of Prague itself; others are just general challenges I have come across in a situation like this, now having had to deal with it.


Challenges I have met so far in my venture include:


1.      The language barrier.  Czech is a difficult language, and a rather isolated one.  For instance, you do not come across many other people in different parts of the world outside the Czech Republic who speak Czech.  However you do meet many people throughout the world who speak languages like English, Italian, French, Spanish or German.  Many of the people here in Prague speak Czech and Czech only.  English is up and coming in Prague, many more people are seeking out the language (I would be out of a job if they weren’t!) but Czech is still the predominant language here, followed closely by German.


2.      Dog Poop.  This is specific to Prague.  It is prevalent, it smells (obviously) and it’s gross (duh).  You frequently come across smears or piles of it when walking down sidewalks, strolling throughout parks, walking in the street or alongside of city squares.  It’s a bummer, to say the least.  I am rapidly learning to keep my eyes trained on the ground in front of me much of the time when walking instead of in front of me!


3.      The Czech stare/Czech people slamming into you.  I have looked around on the trams during my morning commute to be surprised to find numerous women staring back coldly at me.  And as opposed to an American who would immediately look away, embarrassed to have been caught, the Czech woman continues with her cold hard stare, slowly raking your body up and down with her eyes.  This is both intimidating and rather uncomfortable to be on the receiving end of.  By some of the instructors at our school, it’s been dubbed “The Czech Stare” and it tends to be older females who give it.  And secondly, Czech people seem to have neither a personal bubble, nor the words for excuse me.  They will frequently just slam right into you while walking and without pause, continue on their way without so much as a glance or even an acknowledgment that they just touched you at all.


4.      Grocery shopping.  I have rapidly discovered this to be a daunting venture.  Not only does one know none of the brands, as they are all Czech of course, but all the writing is in Czech too.  Now you would think that just looking at products to clear up what they actually are would be easy and that any bonehead could do so.  Not as easy as you think.  For instance, lunch meats.  You cannot tell which one is turkey, ham, salami or whatnot.  They all look so similar and the Czech words for these products resemble gibberish.  Same goes for various cheeses and other meats.  Figuring out which milk is full fat, reduced fat, low fat and non fat is close to impossible.  Therefore, just selecting your products and deciphering what they say to make sure you choose the right item is a trying task in itself.  Now you arrive at the checkout.  They move fast, and tend to speak ONLY Czech.  Also, you are to bag your own items.  Each time, I have found myself shaking with nerves trying to open my bags, which of course always refuse to open, while the next person is being rung in and now their items are rolling down the chute mixing with my items as the cashier glares at me with annoyance.  Not a great leisure activity, that is for sure.


5.      No social network.  This is not specific to Prague but to this experience in general.  That has easily been the hardest thing for me about this so far.  I do not really feel any culture shock (yet…fingers crossed) surprisingly.  It just feels like a big, fun, new exciting city.  I do miss my friends though, a lot.  I took time to build up some truly wonderful friendships back home.  All of them are loyal, loving, kind, supportive, SO much fun to be with and just generally great people.  I am so, so lucky.  Their physical absence in my life is beginning to loom larger as time passes.  I miss being able to see my Mom and sister on the weekends.  I miss being able to call my Dad, brother and other relatives up any time I felt like it to say hello (now this has to be scheduled a few days ahead of time and on Skype).  I know I will build some of these things in time, some close friendships here and such.  But not having that right now is a bit sad.  I miss it.  And I miss those specific people with whom I grew quite close.  Of course, I have many superficial connections for now, with my classmates and such.  Some of these have potential to become closer ones (depending on where I end up teaching) but that takes time to develop of course.  So right now it just is not the same.


“Get a life in which you are not alone.  Find people you love, and who love you.  And remember that love is not leisure, it is work.”


6.      And finally, no income currently.  This is incredibly stressful.  I do not think I have ever not had an income in my life, since I was 14.  Maybe aside from a period of roughly 8 months in high school, but other than that, I have always had some form of money coming in from a job.  It’s a very unsettling feeling not having that.  I do have a decent cushion saved, and I will almost certainly have a job secured within the next few weeks.  So I know things will work out fine, they always do.  But the feeling isn’t great.  It’s a bit of a nervous, terrifying, unsettling and insecure feeling.  That is certainly a new experience for me.


And now, the things I LOVE about being here so far:


1.      The architecture.  It is absolutely gorgeous, ornate, Gothic, old, intricate, distinct, colorful, romantic, art nouveau, charming and just a constant point of interest for me.  I love looking at all the fabulous buildings all over the city.

2.      Being in Europe, in general!  As all of you who know me already are aware, I LOVE Europe.  I have always felt drawn to it, and every time I have come to visit and left, I miss it deeply.  There is just something about this continent that consistently tugs at my heart, pulling me toward it.


3.      Being a stone’s throw away from SO many other countries is incredibly exciting.  I cannot wait to have a job so I can finally begin traveling!!!  At the top of my list as of now: The French Riviera, Bruges in Belgium, returning to Italy, see more of Germany, ski the Swiss Alps, Austria and Greece.


4.      Travel by train.  I know, flying is often cheaper and quicker, but there is something so romantic and so quintessential Europe about traveling by train.  I think it’s thrilling.  And I cannot wait to do it again.


5.      Old Town in Prague, it makes me swoon.  It’s romantic, magical and incredibly charming, all the Gothic and colorful architecture, I love it.


6.      Parks, there are TONS of them all throughout the city, with grassy expanses that Czechs love to lounge on, most of which are couples lying against one another reading, napping, chatting or picnicking.
7.    Prague is SUPER cheap, very affordable in terms of a European city, that's for sure.  As a few examples, 100 czk dollars is roughly 5 euros, which translates to about $6.50-7 USD.  Beer costs around 30 czk dollars.  That is around $1 USD.  And this is for a HUGE beer!  A pastry at the little farmers market pastry stall by my school costs around 20 czk dollars.  That is less than $1 USD.  And it is DELECTABLE!!  I purchased a few groceries for the week which came to 250 czk dollars.  That is around 12 euros I believe, which is about $16 USD.  Here is what I bought:


8.      And last but not least, the PASTRIES!!!  How could I forget??  As with most European cities, the pastries are just better here than in the US.  To name a few that I have been consuming in my time here so far: chocolate croissants, trdelnik, gingerbread stars and spice cake.


An excerpt from my roommate’s book, Let’s go Europe, 2012, the students travel guide, which I feel described Prague accurately:


“Prague is a city of magic.  No really, it is.  Skip the tourist traps and everything that claims to be “authentic Czech culture” and open yourself up to one of the most enchanting cities you’ll ever experience.  Prague is neither sterile Western European capital, nor Eastern European post-Communist wreck- it’s caught somewhere in between daily reality and the realm of legends.  These cobblestoned streets were planned by Charles IV, the ambitious Czech king who dreamed up Prague the way it looks today (aside from the fast food restaurants, of course) and walked upon by Franz Kafka, the famous brooding author.  And then there’s the more recent specter of Communism, which left the entire country with a hangover as well as some peculiar sights, like a Mala Strana tower where Communist secret police spied on foreign ambassadors and Czech citizens.  Today, the giant metronome in Letna Park that replaced a statue of Stalin stands as a reminder that time ticks on.  This is also Prague’s most magical vista, with hundreds of spires piercing the air, the roofs merging into one big sea of red, and the glistening Vltava River bending its way around the imposing buildings and under pedestrian bridges.  And we haven’t even told you yet about the beer that’s cheaper than water, the cafes filled with easy-going locals and the art, which creeps around in all forms, from the subtlest jazz melodies to the heaviest of modern sculptures.  There will be moments in between, when all you see are other tourists breathing at your neck, Western shops turning the city into just another European capital and silent Czechs staring at you on the Metro, but it’s the moments of magic that brought you here.  For these, the entire trip is worth it." 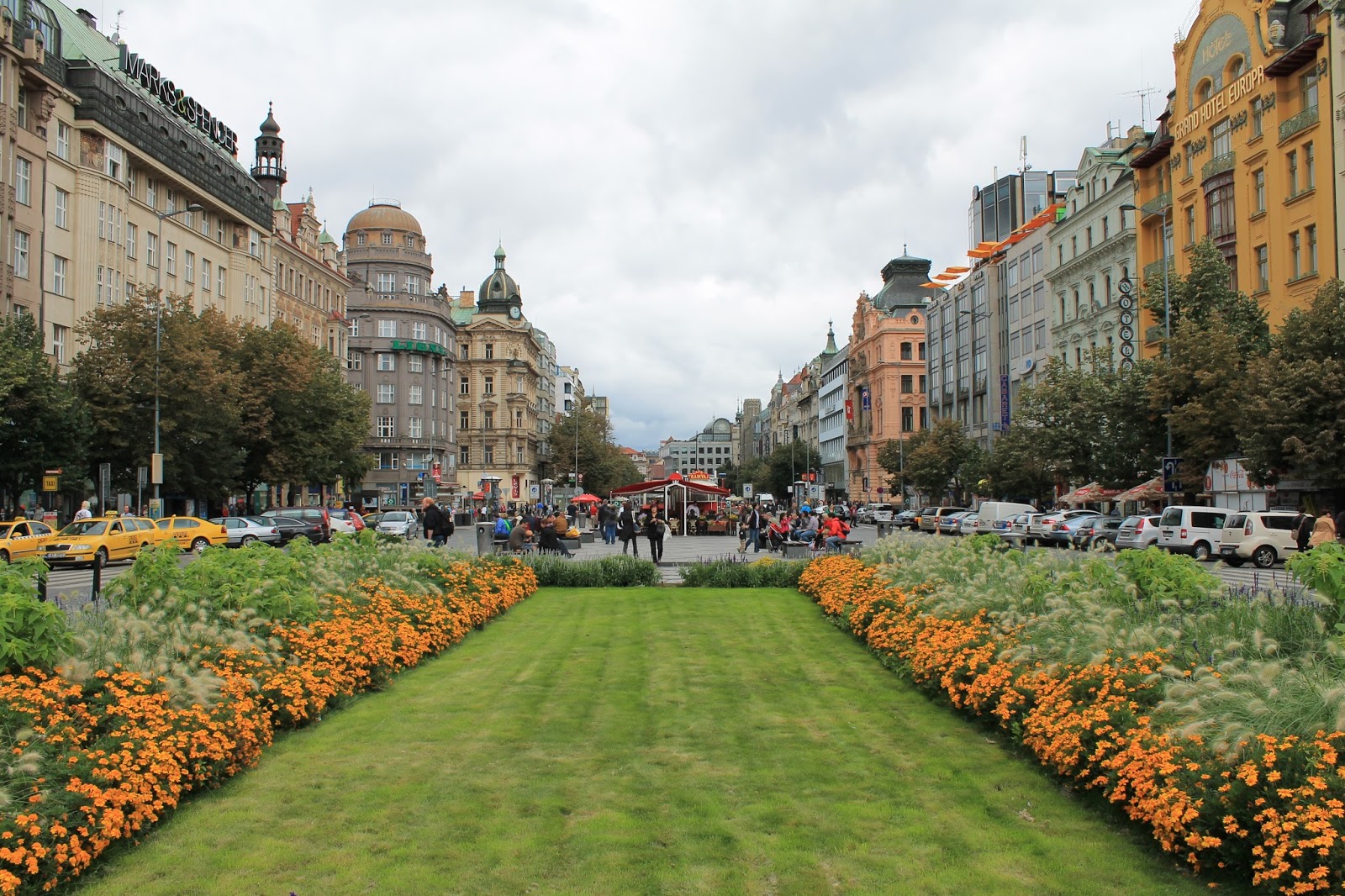 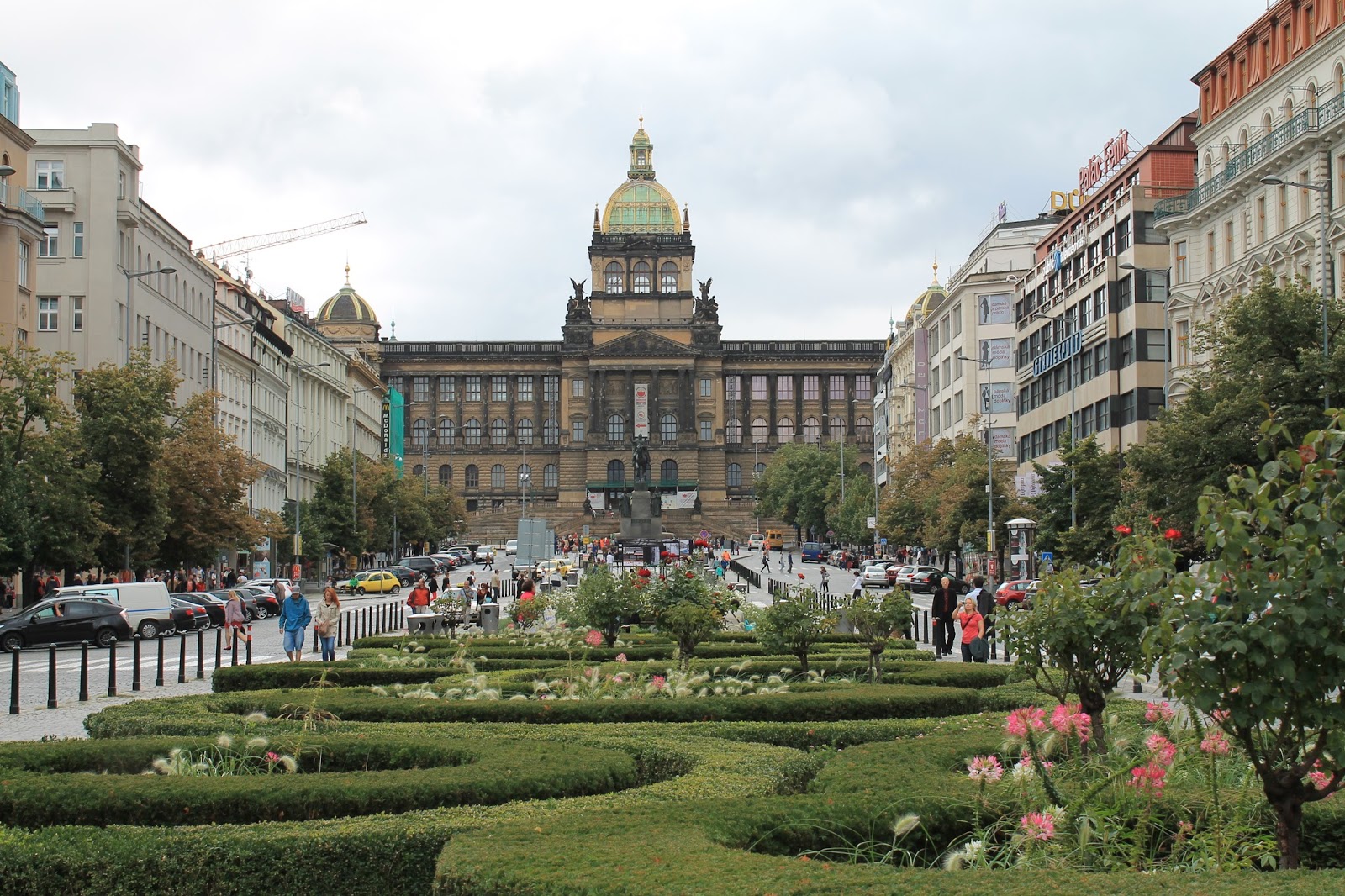