Tomorrow night, I leave for Oktoberfest in Munich with my friend/fellow TEFL classmate!!!  We depart from the train station in Prague at 5pm ish and arrive in will Munich around 11pm.  On Friday and Saturday night, we will be spending the night with family friends of hers, which is incredibly wonderful since that means a free place to stay!!  Then on Saturday, we will spend the day at OKTOBERFEST!!!  I am really excited just to see this in general, to witness all the gigantic tents just bursting with throngs of people, to sample some of the food being sold at all the different stalls and to just see what the deal is with Oktoberfest in general (since I hear so many people rave about it!).  I will be sure to write a long post all about it when I return on Sunday evening!


In other news, lessons went really well this week!  I had three home run lessons and one fail.  My favorite lesson that I taught this week dealt with personality.  I taught words like confident, arrogant, intelligent, outgoing, shy, dependable, thoughtless, cheerful and sullen.  As one of my study activities (meaning, once I have taught them the words, they now have to use them in activities), I put a personal ad that I had written up on the board on a sheet of poster board.  I told my class I would be going out on a date tomorrow with the man who wrote this ad but I was unsure what he might be like and needed their help.  Therefore, could they please read the ad and tell me, how does he sound?  What personality traits might he have, based on what he is saying about himself?


As the final task, we played (ready for this one English’s???) Charades!!!  This was such a hit and so great to watch.  I called up each student individually and gave them a trait on a folded sheet of paper (using one of the personality trait vocabulary words they had learned) which they then had to act out for the class to guess.  They were SO into it, attempting to embody this personality trait in broken English.  Totally adorable.  I really got a kick out of witnessing this, and seeing my activity go over so well!


Last night, I had to teach a grammar lesson.  I was assigned to teach the difference between Would and Used to.  My actual lesson itself was good, my activities and such; however it was so difficult to teach!  They ended up questioning me aggressively, indicating that these two things meant different things to them (when in fact, I was trying to teach them when and how these two phrases could be used interchangeably).  My observer had to step in and help me out a bit.  So that was kind of a bummer.


However my other two lessons, my lesson on Monday night (I was assigned to teach a reading lesson, so I had them read an excerpt from Born to Run by Christopher McDougall, the book about the Tarahumara tribe that runs hundreds of miles over the course of a day or two regularly, which they found absolutely fascinating.  They kept asking me “is this fantasy…”) and then my lesson tonight (another grammar lesson, I had to teach “At, In, On” in relation to time) both went really, really well!!


In other news, it’s crunch time!  Our TEFL course ends exactly one week from today.  In seven week, I will be homeless, as I have to move out of the school-provided apartments.  I am planning to live with one other classmate, my pastry buddy actually.  So he and I need to get on finding an apartment STAT.  I also need to find a job, STAT.  I need income again as soon as possible!  And in addition to these large looming issues: this week on Wednesday, we have our TEFL grammar test.  We are required to get an 80% on it to pass the course.  If we get below 80%, we have to retake it.  And if we get below 50%, we fail the TEFL course.  So that is riding on my mind a little bit right now as well.  And finally, we have TEFL homework due on Monday, and I still have one TEFL one-on-one lesson that I am required to teach.  This is all in the course of next week.


Oh and lastly, I was contacted by one of the top language schools in Prague about a potential interview!  They asked that I sent them an original lesson plan within the next two days.  This means I have to send it over to them by tomorrow (Friday) at 3pm ish, because after that I will be gone in Munich for the weekend!  So that is also stressful, as a lesson plan can take quite a while, and what they are asking for is super specific.


So a LOT is going on for me right now.  I will feel much, much better once: the grammar test is down and passed, I have an apartment secured, and I have a job.  Those three things will work wonders in terms of giving me some major peace of mind!


Fun food update: when I worked at the Danish Pastry Shop in Medford, one of my favorite pastries to eat was a cream puff.  A TOWERING puff pastry, light as air, a flaky pastry shell filled with thick, heavy, sweet pastry cream.  This was to die for.  However the cream was so rich and thick that I always felt slightly nauseous after eating one.  Well, I have found the equivalent here in Prague, except its lighter and does not make me feel ill after consuming one.


They are sold at the little farmers market down the street from my TEFL school.  This is more like a soft, fluffy, light donut that has been stuffed in the middle with with light, airy, sweet pastry cream (it is not as heavy, buttery and rich as the cream from the pastry shop in Medford, which I certainly miss, but this lighter cream has a more light deliciousness to it).  The top of the cream puff/donut is sprinkles with granulated sugar which is absolutely delicious.  This might be replacing the gingerbread star in my heart!  Eh, no that’s too extreme.  We will say joining the gingerbread star in my heart ha-ha. 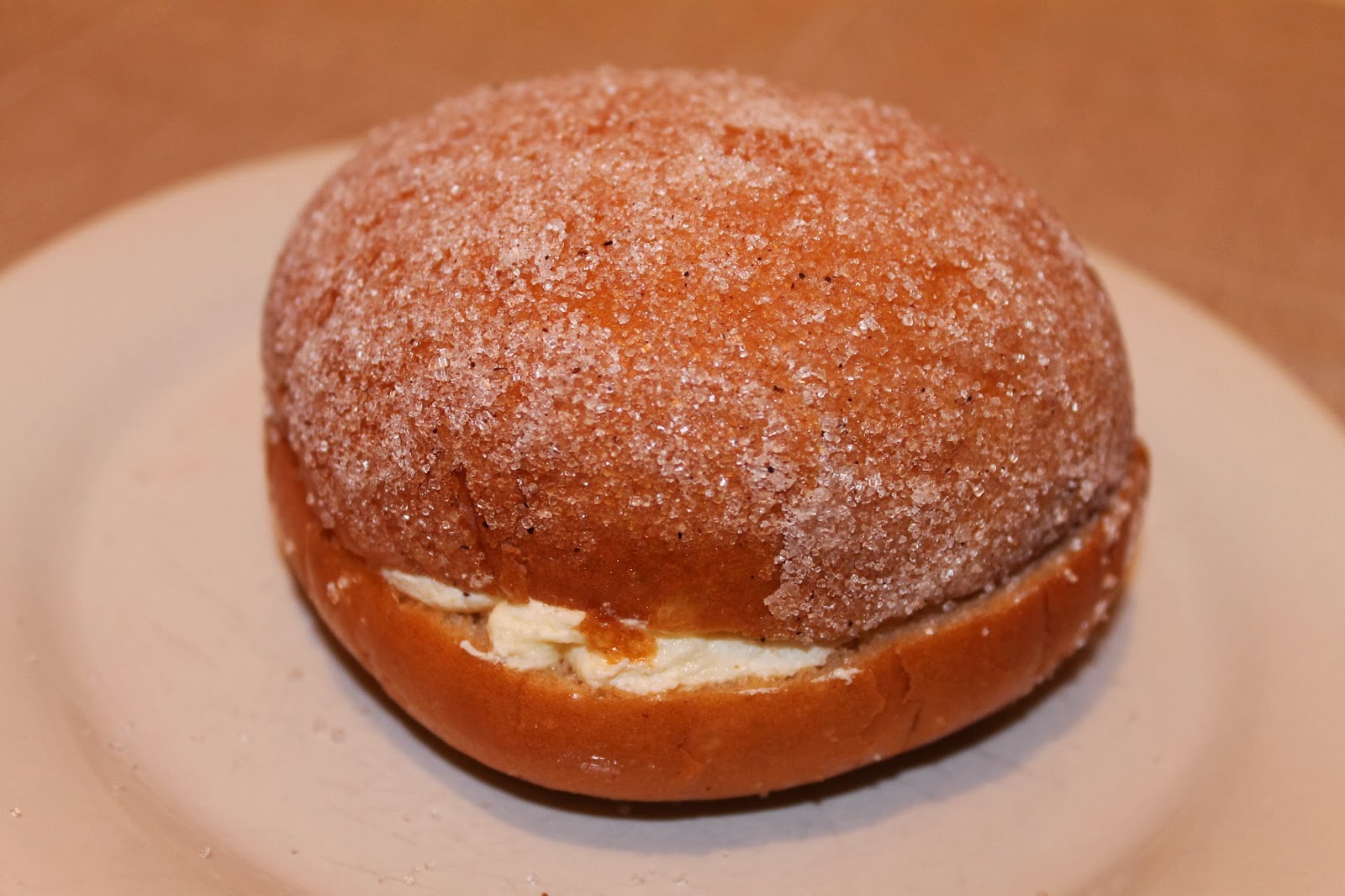 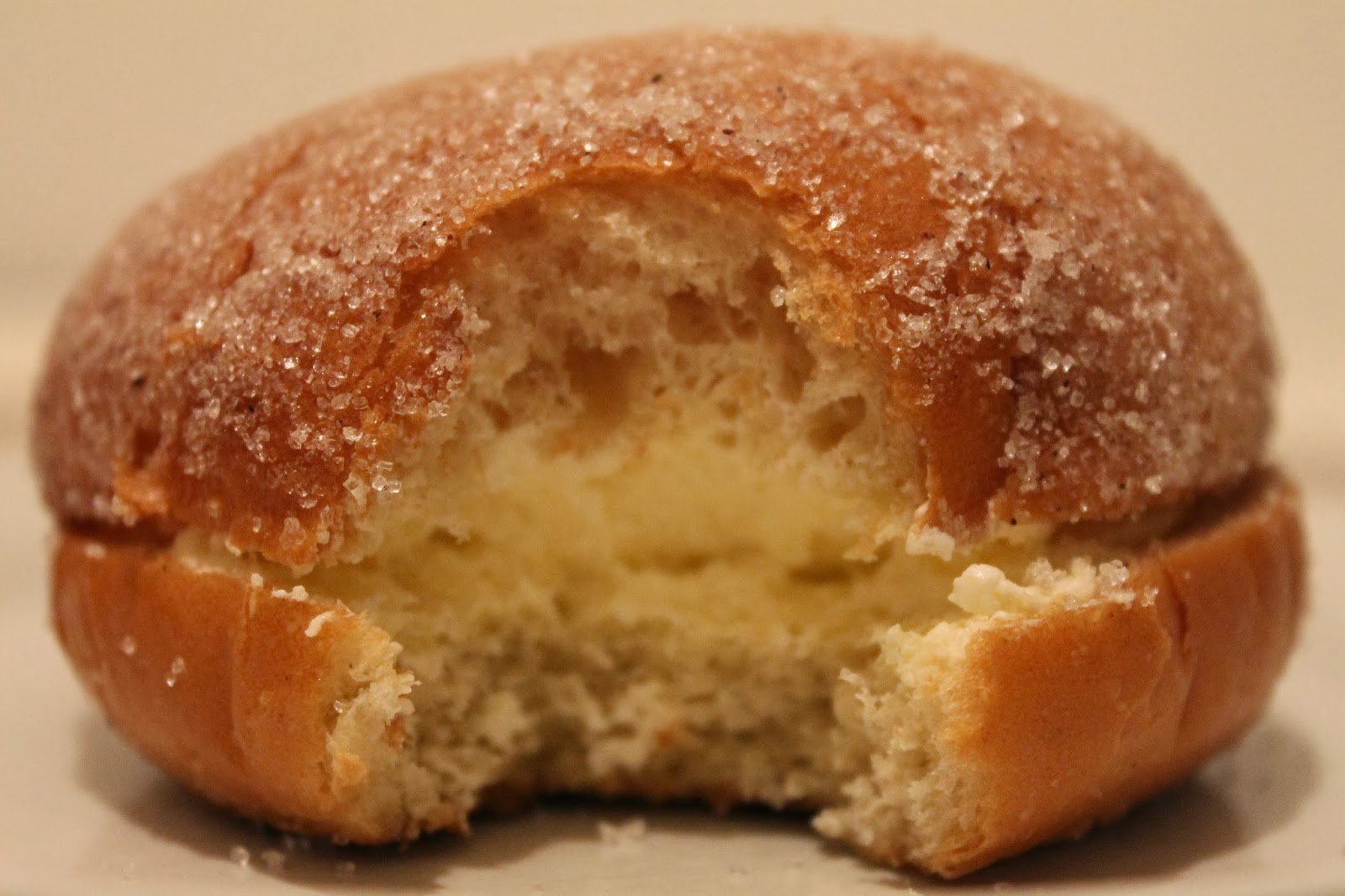 In final news, I am reading a really good book that I love so far.  It’s called “A Hundred Summers” by Beatriz Williams.  To all of my female friends, though specifically Alex and Sarah, I would highly recommend it.  Here is the synopsis from Amazon.com: 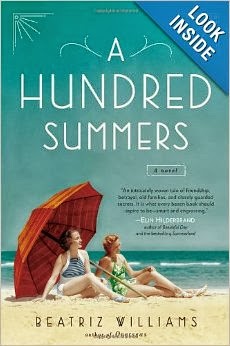 Dashing football hero Nick Greenwald is catapulted into the rarified milieu of Park Avenue penthouses and Ivy League campuses in the uncertain days of the Great Depression when he falls in love with Lily Dane. The meeker (though more polished), moral, and beautiful best friend of Zeldaesque flapper Budgie Byrne, Lily is immediately smitten with Nick’s determination and strength, an attraction the manipulative Budgie doesn’t encourage, though she doesn’t necessarily discourage it, either. After all, Nick is Jewish, and Budgie is confident that Lily’s socially conservative family will never condone the match. They don’t, and Budgie profits from the rift, marrying Nick on the rebound, while Lily nurses her broken heart. Seven years later, the Greenwalds turn up at Seaview, Rhode Island, the perennial summer enclave for the Danes, Byrnes, and other WASP stalwarts, and their renewed presence in Lily’s life unleashes a storm of unexpected consequences. Williams’ sweeping saga of betrayal, sacrifice, and redemption trenchantly examines the often duplicitous nature of female friendships and family expectations


Well, I am off for now.  I will return to my writing after this weekend at Oktoberfest!!!


“The biggest adventure you can ever take is to live the life of your dreams.”
Posted by missbrooke28 at 5:09 AM