I began my day this morning in a rather hilarious way, by jumping rope on the small courtyard outside my flat. I am SO glad I brought my jump rope.  It’s a free way to exercise and something you can easily pull out and do just about anywhere.  While I jumped, my Czech landlords (a wife and husband) walked in and out of their flat numerous times, giving me initially shocked expressions which quickly changed into amused smiles and chuckles. They seemed absolutely stunned by my choice of activity, at 8am no less, as though they had never seen anything like it. Their reactions were more than half the fun!

After showering quickly and getting ready, I packed myself a lunch (a small sandwich) in a tiny plastic bag, which in itself was a small victory as I have been told that plastic sandwich bags are rather obsolete around here for no reason in particular, and then my roommate and I found ourselves running down the incredibly steep hill from our apartment to the trams below. We laughed together as we each mentioned how among our friends at home, we are always the ones known as running late and being the one who is literally quite often sprinting to something to get there in the nick of time.

Today we had our first lessons in the Czech language! It was actually quite fun! Our instructor did not speak a single word of English to us during the entire lesson!! This is actually the method we are being taught to teach with as well.  Not a single word of the student’s native language should be spoken during a lesson.  It actually helps get their mind thinking in English much quicker if they are not allowed to rely on or refer to their own language and therefore, immerses them in it which increases learning.  It forces them to begin thinking and speaking in English.  If they do not understand something, it’s up to us through various methods (miming, drawing, speaking slowly, gesturing, using props, etc) so help them understand it and then introduce them to the words and concepts.  So initially when we began our Czech lessons, I felt rather confused and as though I was being spoken to in some form of gibberish. However our teacher was excellent with miming, drawing and eliciting repetition from us. Surprisingly, even without having things explained to you in your native language, you can learn and understand vocabulary words from someone teaching them to you in another language only.  I now feel confident saying hello to my fellow Czech citizens, very cool! During our break, my roommate and I walked across the street and inside the little mall complex to grab a snack.  We sat at a café table and chatted for 25 minutes or so, which was relaxing and a lot of fun!

Back in class this afternoon, we practiced whatever each of us had chosen as our first ice breaker and our first warmer, both of which we would be teaching to an ACTUAL Czech class tomorrow!!!  I am both super psyched for this, and also quite nervous.  I feel daunted, getting up there in front of lots of people, trying to teach them to understand something that I will be saying in a language they have difficulty with (or may barely understand at all!!  Depending on their level).  It’s almost like trying to solve a puzzle of sorts.  But the exhilaration of the challenge also excites me.

After class today, a small group of us strolled over the Charles Bridge together, the sky gray and cloudy above us, various musicians playing violins and horns, all set up at various points along the bridge.  We stopped for some pastries (I had what is now becoming one of my favorite things, a gingerbread star), we checked out the famous “John Lennon” wall, which is really just a fancy, fun looking, rainbow colored stone wall covered in graffiti, and then a classmate and I headed back towards our apartments. 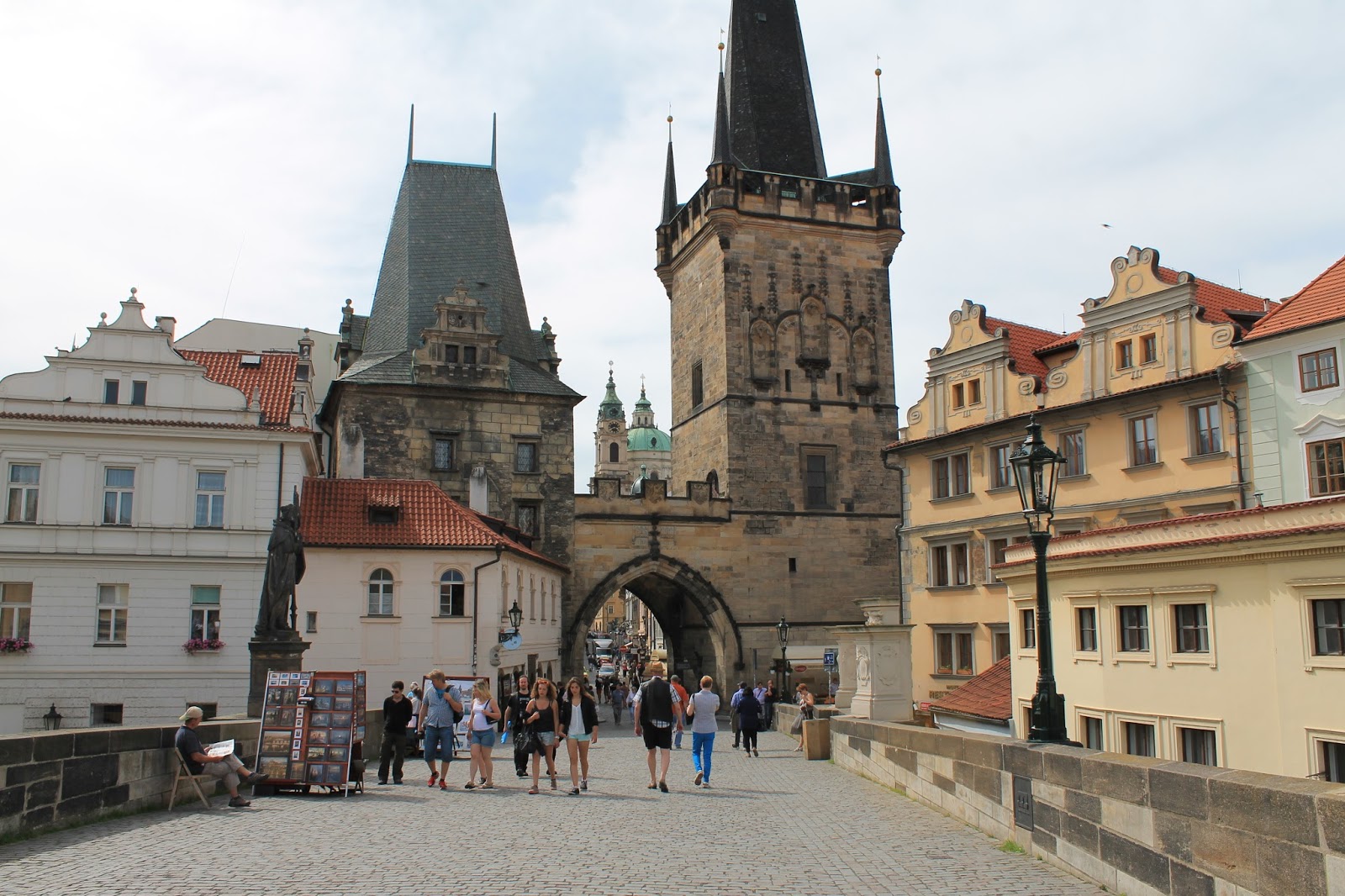 Then this evening, I Skyped with my brother which was wonderful actually.  Skype was acting up, it was not working very well which was a bit of a bummer, but it was great to see his face and chat briefly for a bit.  I miss him very much.  He and I have always been generally close.

In terms of the food in Prague, I know I mentioned in my last blog entry that I have been a bit of a wimp about trying to local cuisine so far.  This is true, I admit it.  However there has been some food I have tried that has been excellent.  So I thought I would share with you a list, so far, of the foods I have tried and have become a huge fan of  here (photos will likely follow in the near future):


§  Spice cake: delicious.  This tastes just like it sounds.  A moist, delicious cake, topped with a thin, hard layer of chocolate shell that crunches as you bite into it.  A thin layer of apricot jam lies underneath the layer of chocolate shell, just on top of the cake.  The cake itself is moist and soft.  It has a slightly spicy taste to it, one can detect ginger and nutmeg inside, so yummy.


§  Gingerbread stars.  As I mentioned, these are rapidly becoming my favorites.  They are shaped like, none other than a star!  The ginger taste is stronger than it is in the US, slightly less saturated-with-sugar tasting, and a little more gingery and cake-y.  A light dusting of powdered sugar coats the top, and tiny chocolate chips are sprinkled throughout inside.


§  Pivo.  In other words, beer!  The Czech Republic supposedly has some of the best beer literally in the world.  I have tried a number of beers here.  I do not drink much beer…so I am not the best judge of what might be the best, as I had maybe 2 go-to beers back home in the states that I enjoyed, but the beer here is decent.  I am becoming accustomed to it.


§  Ice cream.  Yum.  My favorite flavor here is chocolate.  The flavor is rich, chocolate-y and yet, creamy and light.  I love it.


§  For lunch the other day at a café, I had pancakes (aka crepes) filled with spinach, goat cheese and onion, served to me in a tiny skillet.  This was EXCELLENT.  The crepes were thin and light, the goat cheese was creamy with a distinct flavor and the spinach and onion together, just awesome as a combo.


§  Yogurt with tart, mixed berries on top, granola and muesli on the bottom.  My god.  This stuff is amazing.  The first time I tried it, I didn’t realize I was supposed to stir it.  So instead, I ate the berries, then ate the bitter yogurt, and then discovered the sweet, delectable, slightly jelly-like muesli on the bottom.  Whoa.  The next time I bought one, I stirred it all together.  It is DELICIOUS!!!


§  Chocolate croissants.  Need it say more?  They are awesome here.  So light, the pastry dough is lightly sweetened, bittersweet chocolate lies inside, flaky in texture, just phenomenal.  The best chocolate croissants I have ever had have always been here in Europe (aside from the Danish Pastry House where I worked in Medford, MA, I have to give them props.  Their chocolate croissants are the only ones in the US I have had which are comparable).

And finally….drum roll….Trdelnik!!!  I am guessing many of you have been wondering about the title of my blog.  What is Trdelnik??  This is a traditional Czech or Slovakian treat.  You can find them often when traveling within cities such as Prague, other popular Czech destinations and Slovakian cities.  The Trdelnik pastry is made by the baker wrapping the dough around what appears to be a large rolling pin or stick, and then roasting it over an open flame until it is golden brown.  All throughout Prague, you can see various vendors baking the treat right there in front of you.  The pastry is often finished with a dusting of sugar, crushed almonds, walnuts, cinnamon, your choice.  It is delicious.  Warm, a bit harder on the outside, flaky, soft and sweet on the inside.  I LOVE these, they are superb. 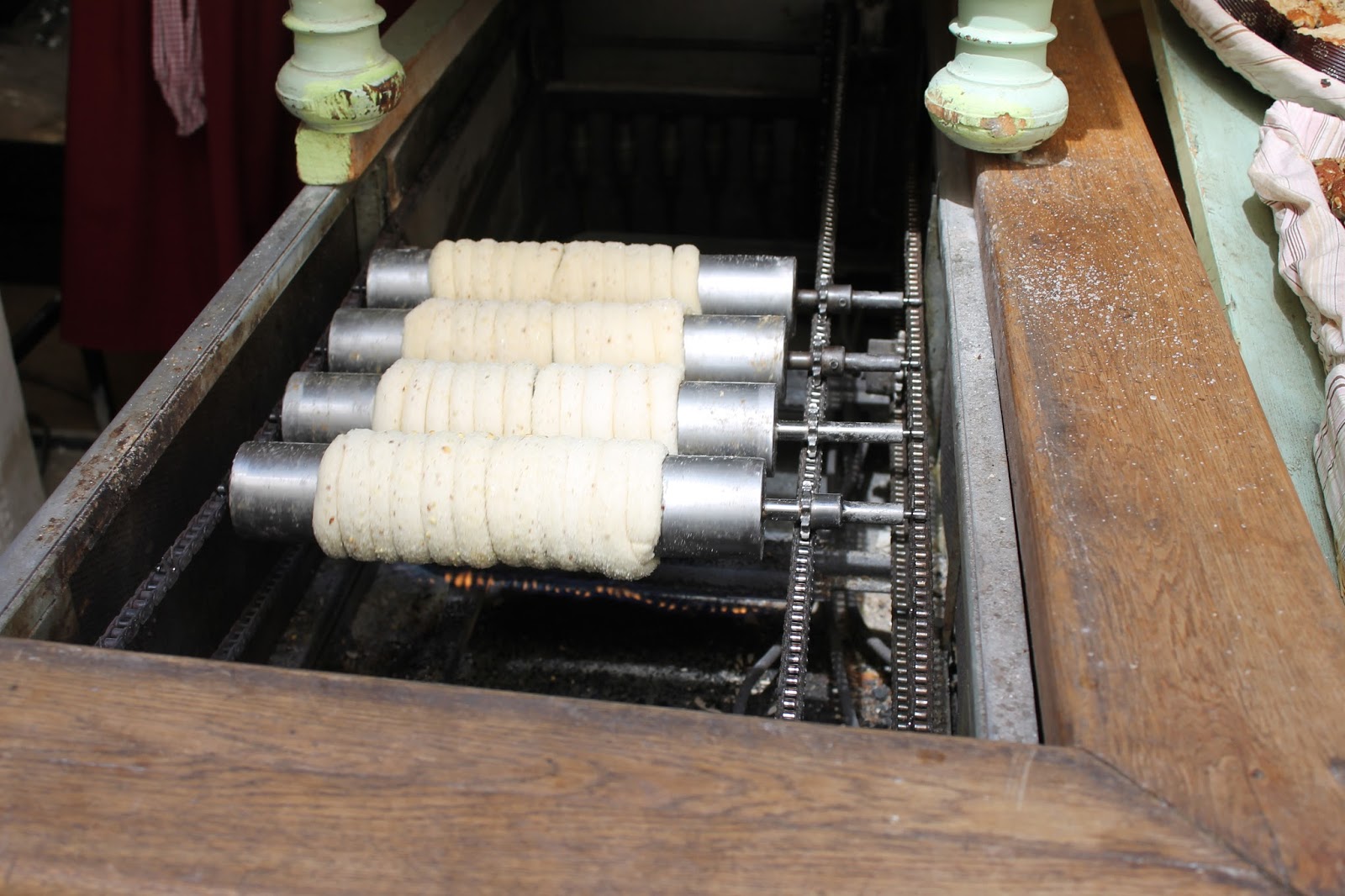 Until next time…I am signing off for now!  I miss you all very much. 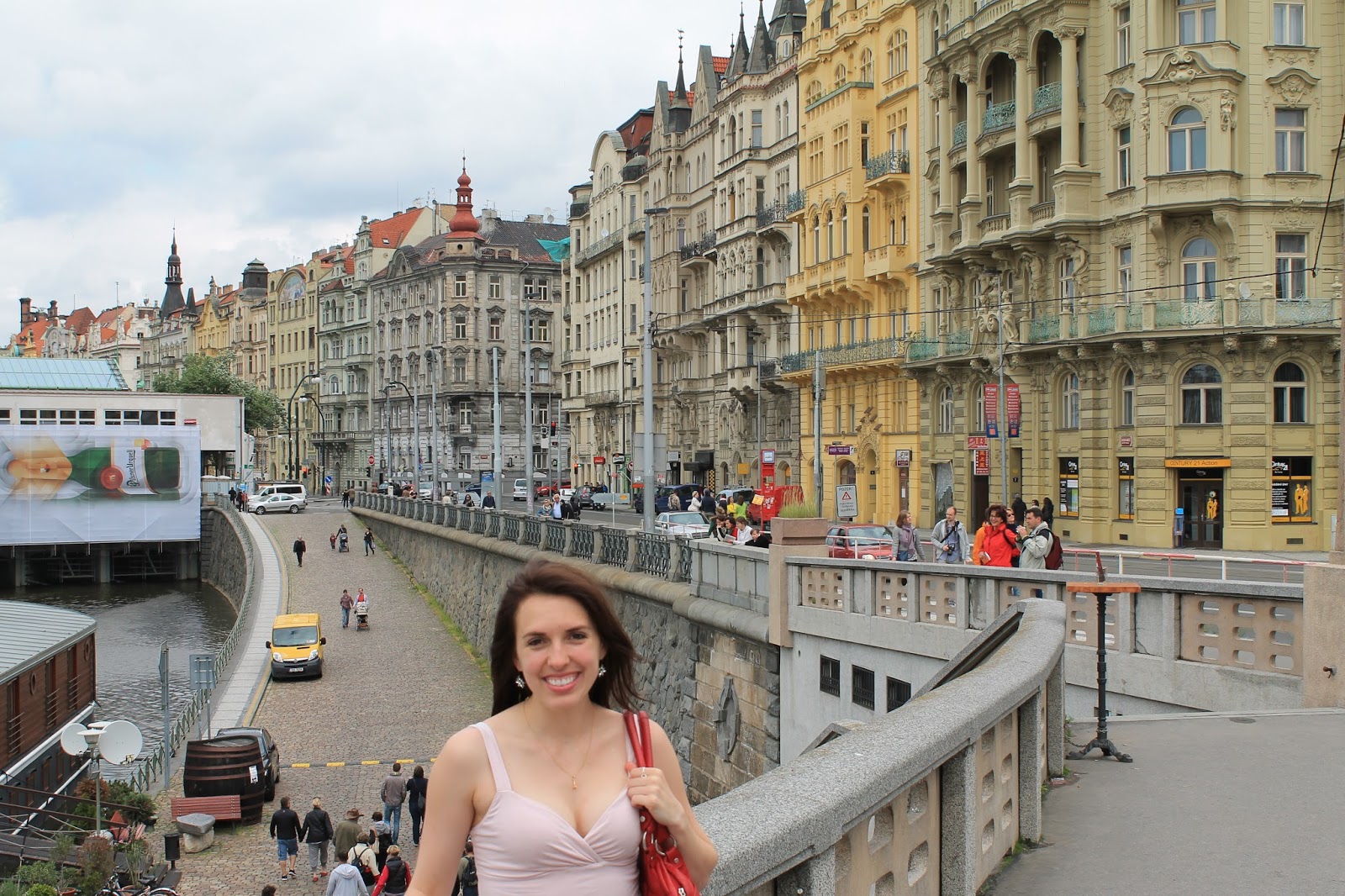 “Not all those who wander are lost.”
― J.R.R. Tolkien, The Fellowship of the Ring
Posted by missbrooke28 at 6:13 PM