This entire week has been a teaching extravaganza so far!!!  Wowza!  I have taught a 45-minute Czech lesson every night for the past three nights and I have another one to teach tomorrow as well!


To recap, my first lesson (on Monday night) went awesome!  My topic was books and I was assigned to teach vocabulary.  I taught my Czech students target language which included: genre, fantasy, drama, suspense, romance, bestseller, paperback and hardcover.  Eliciting and helping them understand “suspense” was difficult, whoa.  That certainly threw me for a loop.  You do not realize the slight difference between words until you are attempting to teach them to people who do not speak the language, that’s for sure!  They were stumped between the difference of “drama” and “suspense.”  I mimed out suspense, I tried explaining using limited vocabulary, it took a while but they finally seemed to get it.


For one of my activities, I split them into small groups and handed out homemade book covers to each group.  They needed to guess what the book’s genre is, if it’s long or short, a bestseller, paperback or hardcover.


And for my final activity (there was a bit more between the introduction and the first activity, and then more between the first activity and the final activity), I split them into groups again, handed each of them an actual book (I brought along 5 of my own) and explained: one of them was a book salesperson, the other was a critic.  The salesman had to sell/launch their book to the other person.  The critic had to decide whether or not they liked the book and would buy it.  This was very cute, they loved it. 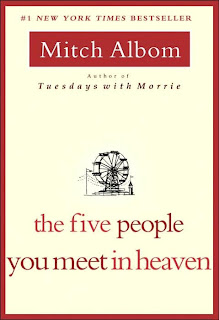 One of our students, Vladka, is a quiet 17 year old girl.  Long, straight curtains of brown hair, big dark eyes and a sullen, serious look on her face at all times, she has been a rather difficult one, especially in the beginning.  Whenever she is asked a question, she answers with a stern “I don’t know” in a strong Czech accent.  However during the last two lessons, she has slowly but surely warmed up and began talking a bit more.


Another student named Karel, an older man, who I would estimate at around 55 years old, heavier set with large reading glasses, he barely speaks at all.  And when he does, his face turns tomato red and he shakes.  However my two fellow TEFL students and I have found that during activities, if we monitor him closely and quietly but directly give him some extra help, a large smile will slowly and shyly stretch across his face, similar to that of a bullfrog ha-ha.  He is super cute.


Now for my second lesson: not so hot.  I was assigned a “listening” lesson.  I chose to play “Octopus’ Garden” by the Beatles.  Then I handed the class worksheets with the lyrics printed out but some words were replaced with blanks which they had to fill.  As my final activity (again, there was more between final activity and fist activity), I split the class intro groups and had each group come up with a sea creature.  They had to figure out what that creature eats, who its friends are in the ocean, what it likes to do in the ocean, etc.  Then they had to describe their animal to the class without saying the actual name of the animal, leaving the class to guess what animal it was.


The content of my lesson was really good, my teacher said.  However my lesson was too short, I didn’t have enough CCQ’s and did not give enough feedback/error correction.  Ugh!!


Now to today’s lesson: hands down the biggest bummer of all.  I had to teach grammar, which is already terrible in itself.  I was to teach future tense, using the present continuous.  I bet at least half of you reading this just thought, wait, what is that!?  Exactly.  The future tense deals with making plans.  So I decided to have the class plan a party as their overall main activity.


Again, I was told my presence in front of the class was great, my activities were good, everything was executed well.  However I did not do enough error correct, not enough CCQ’s and finally…drum roll….I did not teach the future tense with the present continuous correctly!!!! AHHHHHH!!!!  Such a bummer, especially because I suspected this might have been the case when I was planning my lesson.  My instructor said it’s all good, we are still in training, that is neither here nor there so not to worry, but yes, ultimately I didn’t teach the correct conditional.  Damn.  Huge fail.


Tomorrow, guess what I have to teach??  I can either: try again with the future tense using present continuous (awesome), or I can teach second conditional (double awesome) (I bet at least 25% of you reading this just thought, what is that?  Am I right?).  So wish me luck.  And we will see how it goes!!


In other news…I have found a fellow pastry lover, one of my classmates is just as into having a daily pastry as I am, how cool is that!?  So he and I have taken to making pastry runs during our break every day between 11am-11:30am.  As I mentioned in a previous post, there is a farmer’s market stall next to our school Tuesday through Friday.  Our favorite dessert so far is a large slab of spice cake covered on top with a thin layer of apricot jam, topped with a very thin chocolate in the texture of a thin bark.  It is DELECTABLE!!!  And it costs 28 Czech Koruna, which is the equivalent of about $1.50.


Tonight after class, I joined five of my classmates for a beer down the street from our school, which was a lot of fun.  We all swapped stories and shared lesson laughs in the lively, smoky bar.  Ah, another thing I have to get used to here.  Many of the bars and restaurants allow smoking inside.  A huge, huge bummer.  Not all of them allow it either, it’s sporadic depending on the place.  You kind of have to just peer in the window as you walk by to see if it’s allowed or not.


And in terms of final exciting news, my friend from Germany will be visiting me this weekend, which I am really looking forward to as we have lots of fun together!  He is sweet, thoughtful and incredibly silly, so I enjoy his company very much.