I am VERY excited this month for two reasons.  One being that I have always loved Christmas.  This time of year has always held a romantic, magical feeling to it for me.  And two being that I have lots of neat Christmas-related plans throughout the month which I am very happy about and looking forward to! 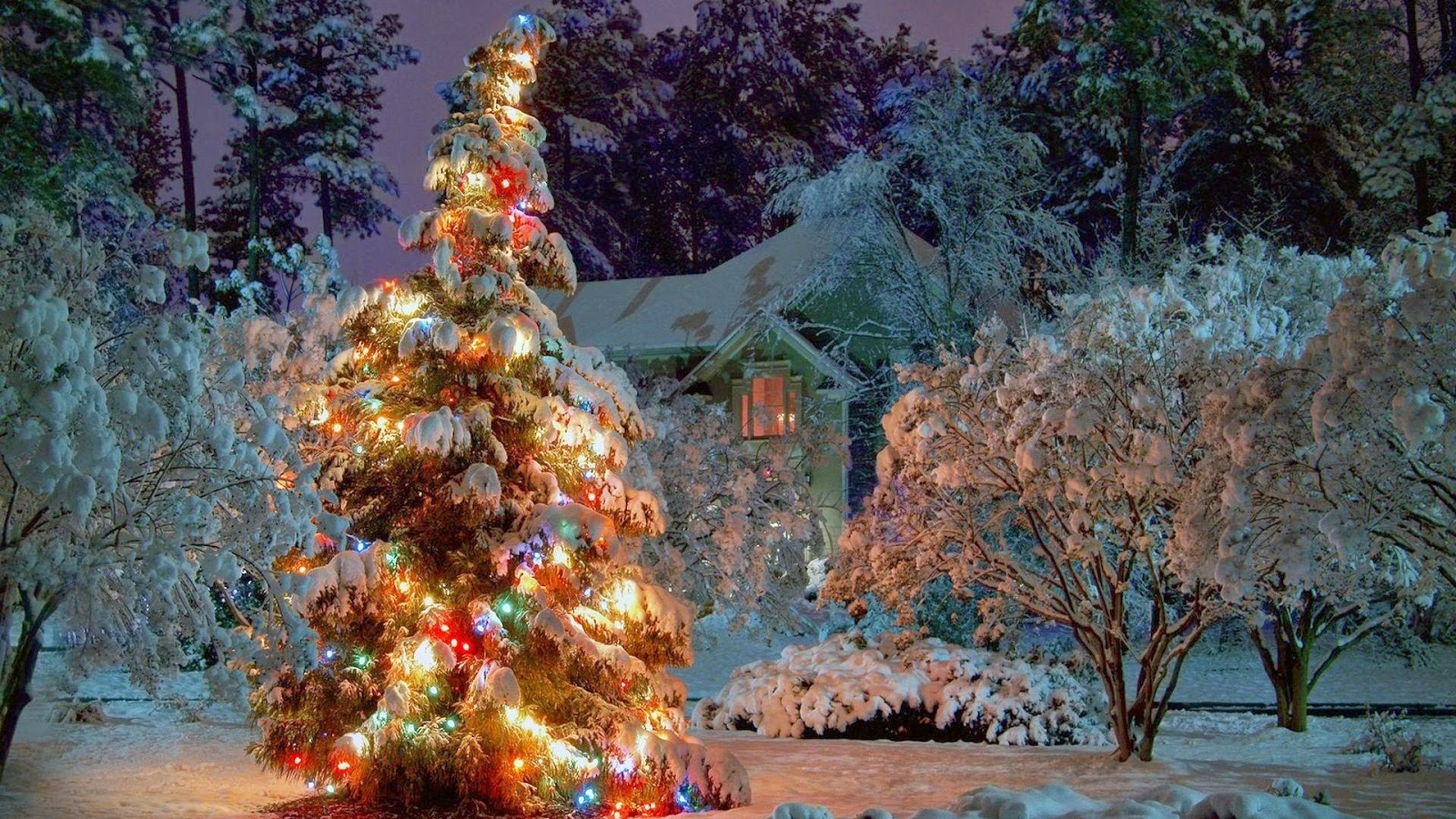 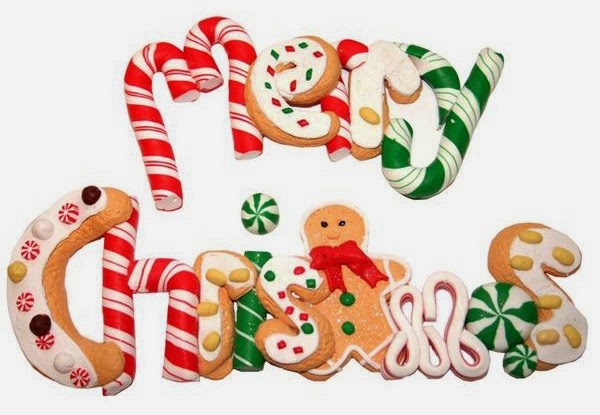 On the weekend of December 13, I am venturing to Nuremberg and staying in the town overnight.  Two noteworthy things regarding Nuremberg would be Hitler and his Nazi Party. It was, in fact, considered the ceremonial birthplace of the Nazi Party. Reich Party Rally Grounds in Nuremberg hosted annual rallies with German soldiers, which is now known as Documentation Center by the locals. In addition to that, Nuremberg Trials also took place in this Bavarian city of Germany. Nuremberg Trials were a series of military tribunals to prosecute the members of the political, military, and economic leadership of the defeated Nazi Party, which took place right after WWII ended.  The town is also supposed to be beautiful.  Filled with Gothic churches, old castles, charming squares, cobblestone streets and classic German architecture.  I am really excited to check it out. 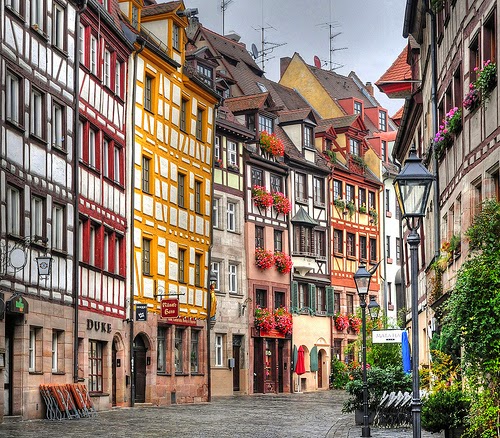 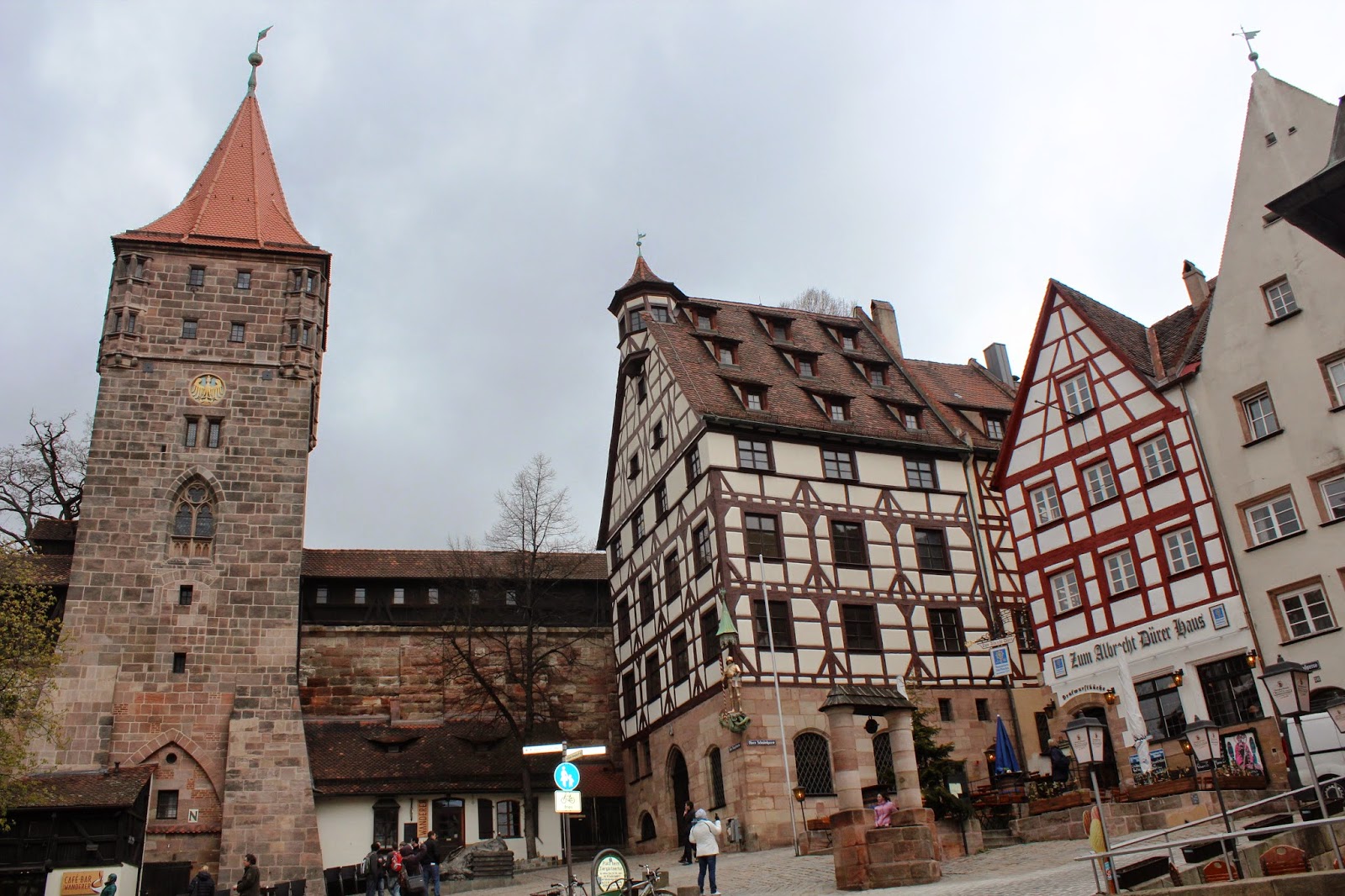 I will most certainly walk to the Christmas market in town, as it is that season and Christmas markets are just so much fun and are the epitome of Christmas.  When walking through a German Christmas market, this would melt even the most Scrooge of hearts ;-) and is sure to get one into the holiday spirit.  The air is filled with smells of sweet dough, spiced wine and cinnamon.  Everything is lit up.  Stall-keepers swirl batter onto hot circular irons to make crepes for hungry market-goers.  Every type of food one could fathom can be found here for sale, from warm pretzels to soft sweet crepes, piping hot pizza, glistening sausages, and much more.  One can be sure to see their own breath in the chilly night air just in front of their nose.  The sounds of laughter and hundreds of conversations fill the air.  People fill in the spaces between stalls, browsing, tasting and shopping.  The only thing often missing from these magical Christmas scenes is snow (as last year, I didn't see a single flake of snow!!!  How sad I was about this).

And finally, on the weekend of December 20, I will drive to Rothenberg.  One of the most charming and romantic towns in all of Germany.  Medieval, quaint, old and truly lovely to behold.  They have supposedly one of the very best Christmas markets in all of Germany, set to the backdrop of one of the loveliest towns in the country.  So I am incredibly excited to go here for this.  I am especially excited to take photos :-D but in the meantime, here are some photos from the internet of what I can expect... 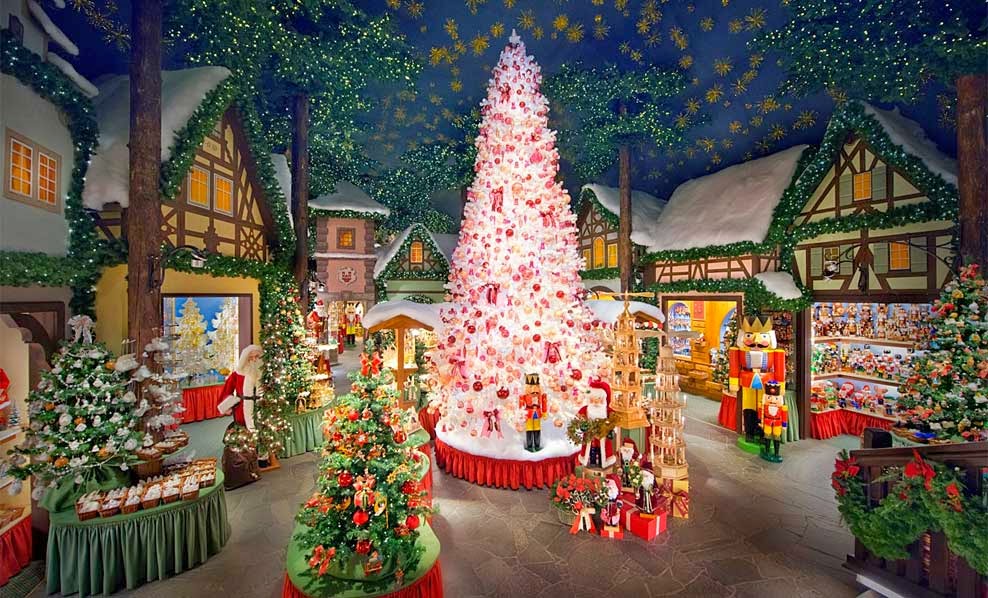 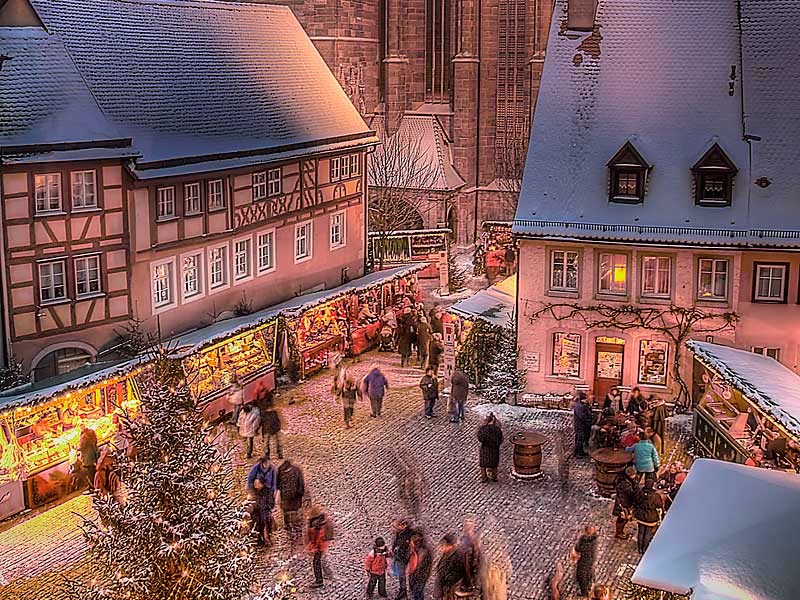 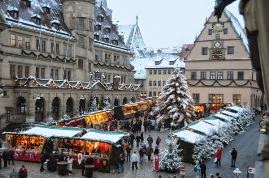 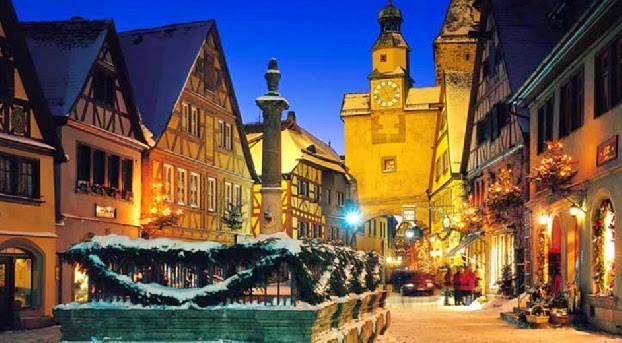 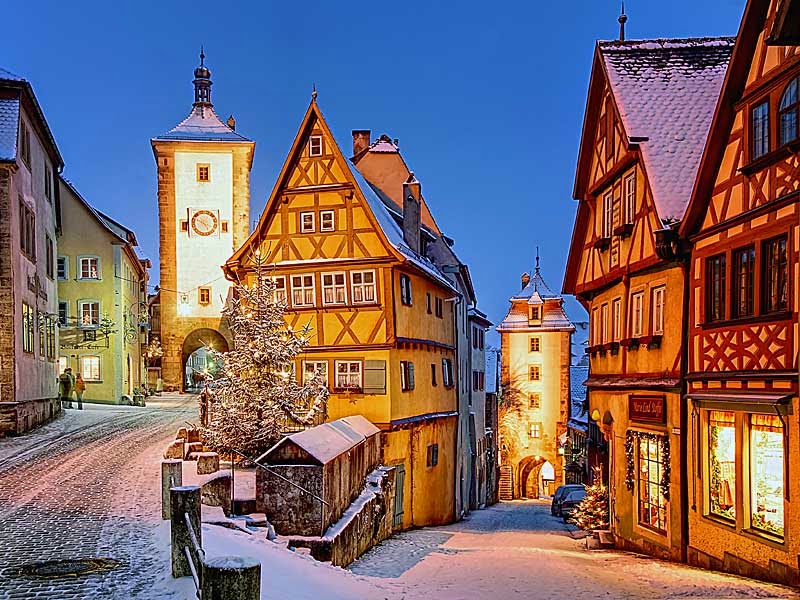 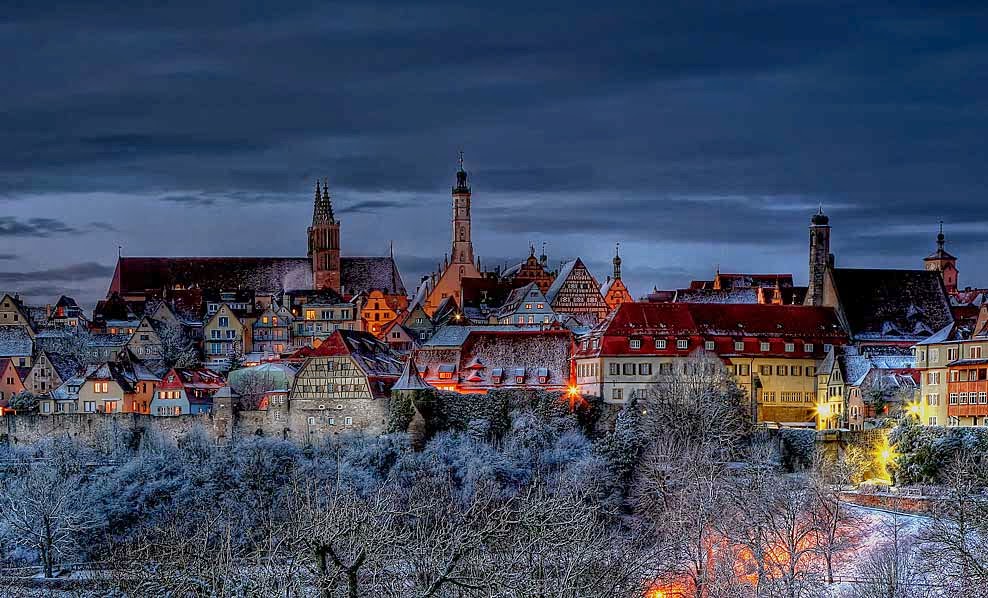 This will be a REALLY fun, Christmas filled month for me!!!  I will of course, be posting photos from each weekend excursion.

Happy Holidays, all.  I am thinking of my close friends and family back home very often in the good old USofA and am missing each of you very much.