For the last 10+ months, a strong urging has been whispering within.  Initially digging in my heels out of fear though, I pushed the whispering aside, stalling.  But when the urging, though hushed, continued growing louder still, I knew there was something to it.  Your heart knows when it on to something.  So, after numerous failed attempts (in bringing up the website for buying a one way plane ticket, even going forward and filling in the information fields but then chickening out last minute.  This happening at least 5 times), I finally. bought. my. ticket.

After having lived in Europe for nearly 4 years, and four of the most transformative and life changing years I have ever experienced, I am moving!!! 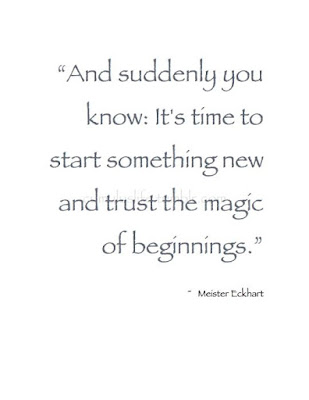 Yes, folks.  I am making the leap and moving to New England in just 2.5 months time.  A brand, spankin new chapter in my life, rapidly approaching.  After the small smattering of awesome photos below of the fabulous place I will be calling home quite soon, I will explain further details regarding this upcoming move!!! 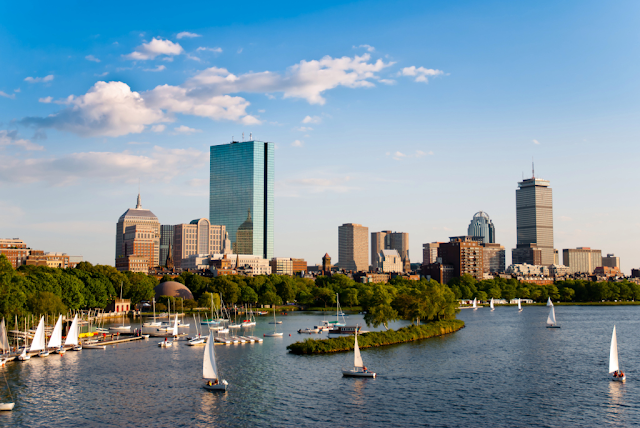 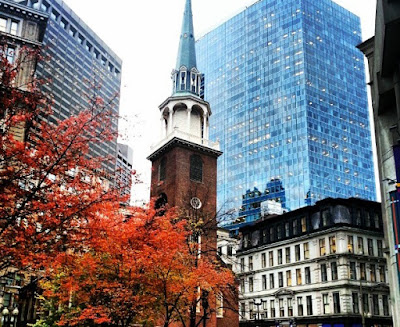 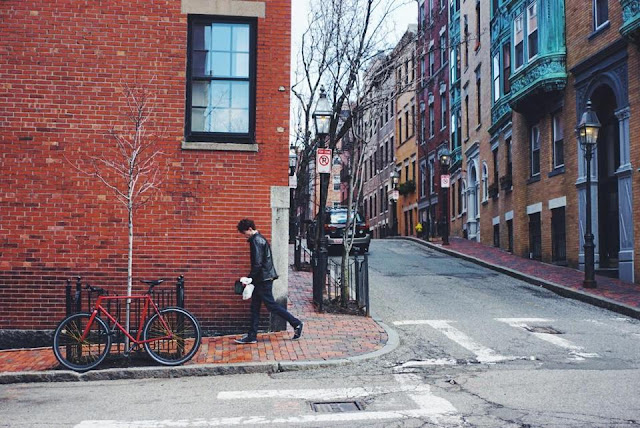 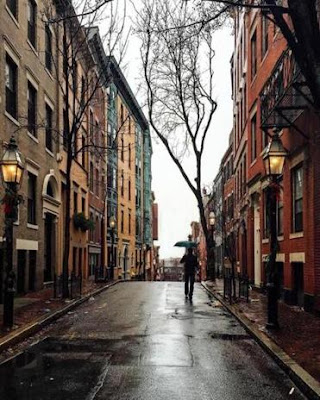 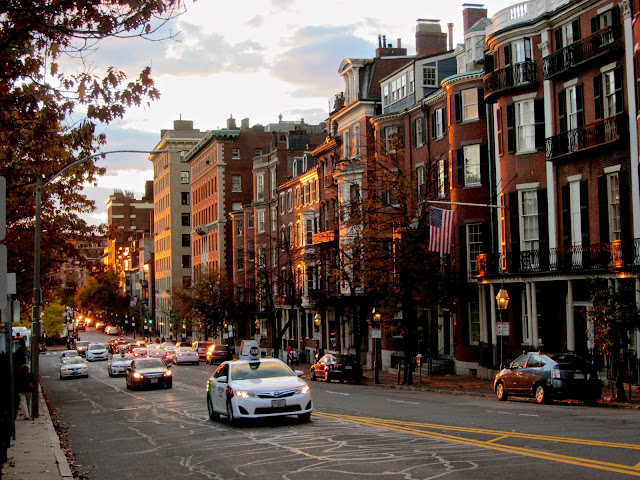 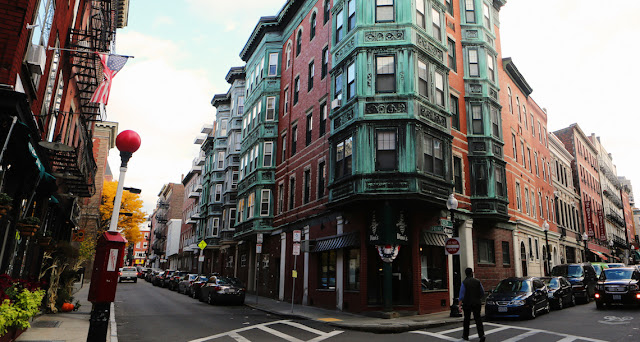 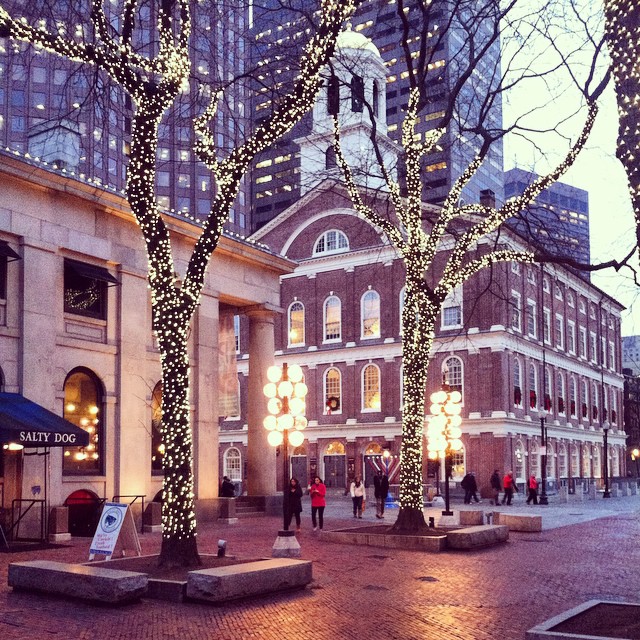 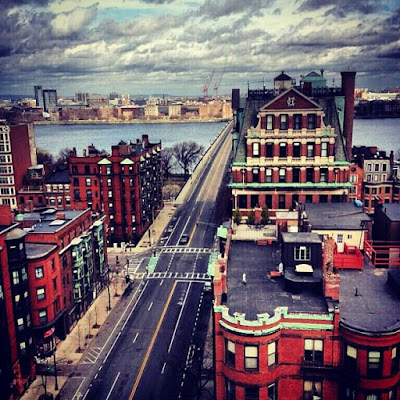 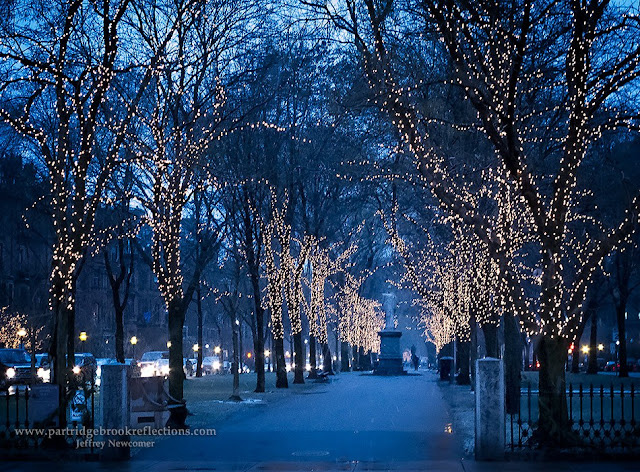 After living in Europe for four years, I feel fairly able to say, firmly and with confidence, that Boston is one of my favorite cities (as the list of places I have experienced has grown considerably).  The cities I have since added to my treasure box of memories and explorations while abroad includes...

I imagine there might be a few I am forgetting.  But the point being that Boston has held tight to its spot near the top of my list.  Something about it just memorable and very special.

Endlessly charming, whether blanketed in snow, summery and bright, or alight with flaming color during autumn.  Historic and stately, with its red bricked buildings and gas lit, antiquated street lamps.  A majorly happening food scene.  LOADS to do, whether for eating, trendy spots for drinks, comedy shows, libraries and bookstores for endless browsing, workout classes (aerial yoga is an awesome and totally unique one, as well as Kung Fu, which I took for about a year and loved).

Boston is chock full of places for all sorts of fun, whether dancing, cooking classes, scenic spots for a picnic, or relaxing over a coffee and great conversation.  With all manner of stunning, picturesque neighborhoods for walking.  Cozy eateries for brunching.  Boston has it all.

In fact, its rated as one of the top cities to live in the US! 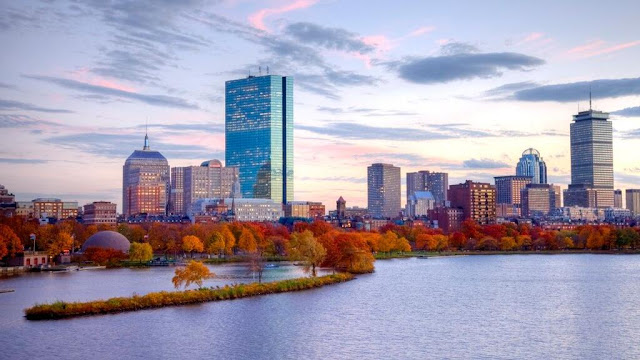 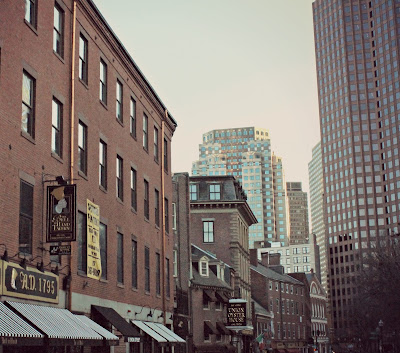 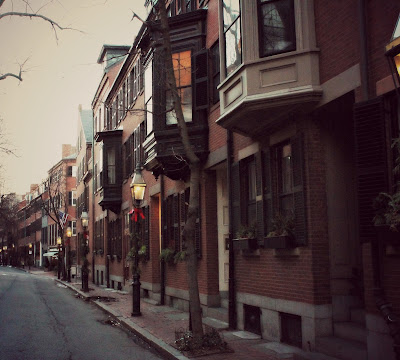 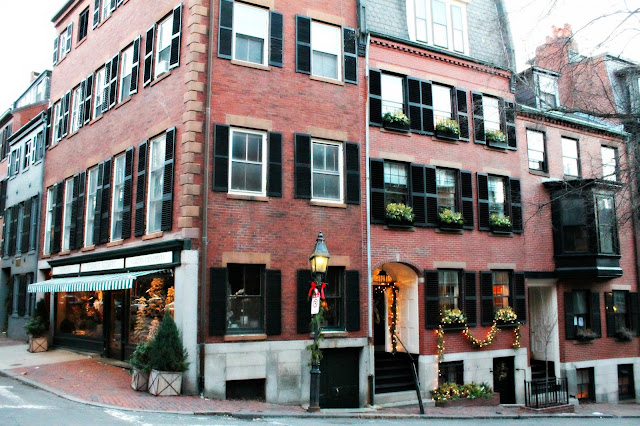 Now, onto the obvious.  Yes, I am aware that our current president is a psychotic disaster and that this a problem.  Upon his being elected, I very nearly renounced my decision.  Strongly considering not moving back after all.  However, upon thinking it through more deeply, I paused.  One, he is not going to be president forever.  And two, while he is a great reason for avoiding the US at the moment, life is also far too short for me to allow his election changing the course of my life and keeping me from moving where I want to go.

There are so many other places in the world with horrible leaders as well.  The US isn't the only one going down at the moment.  So with that said and considered, I decided on continuing forward with what my heart had been telling me for months.  I would be sticking to the plan after all.

I am also aware (especially after living over here for 4 years) that there is a LOT about the US which pales in comparison to the life quality in Europe.  I actually wrote an interesting article about it.  In relation to aspects like health care, security within ones job, cost of living, maternity leave benefits for new mothers.  There is a vast list clearly pointing to Europe being the better place for living in many respects.  Knowing this, and now in my admitting it, you might be wondering, so why on earth are you going back then?

(Note: there are, of course, always negatives to any place as well.  Every place has drawbacks.  Life across the pond isn't perfect either.  I wrote a counter argument article listing the challenges of living in Europe as well).

But why go back?  After admitting all the benefits to living in Europe.  Because my heart has been pulling me towards Boston/New England again for well over a year now.

I miss living in a place where the language is my own.  Where I don't have to worry if, upon approaching someone, they will speak my language or not.  I no longer want to be relegated to low paying teaching jobs, unable to utilize my degree and full skill set.  Leaving me operating well below my potential.  I have several close friends back in the New England area with whom I am really looking forward to reconnecting and picking back up with in person again.  Certain family members, I miss being able to spend time with as well.

I miss (God, I never thought these words would ever leave my lips) New Hampshire.  The glittering snowfalls.  The vivid explosion of fall foliage which (and trust me I have looked) isn't this stunning anywhere else in the world.  I miss the winding back country roads.  The quaint country stores.  The mountains and the beaches.  I miss the glittering of Boston.  The cobbled streets and red brick townhouses of Back Bay.  I miss Mexican food ;-).  Bookstores and libraries overflowing with books, ALL in English (as opposed to just a small, very limited selection).  I miss the warmth and openness of Americans.  (Granted, I have had no difficulty making friends and forming relationships over here.  On the contrary.  Never have I been happier with regards to the relationships in my life).

(The follow photos are of where I am from.  New Hampshire/New England <3) 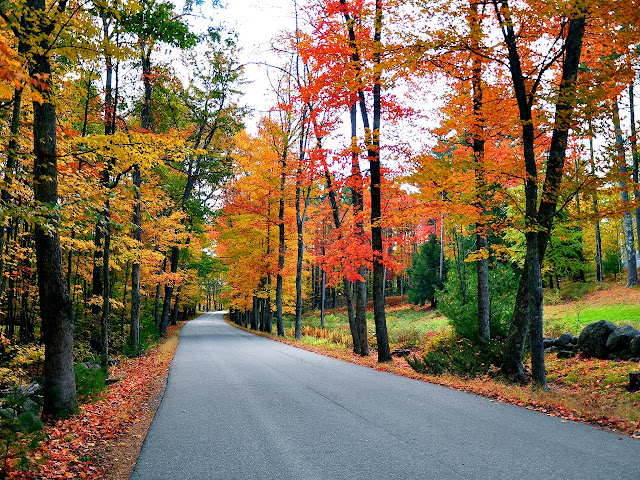 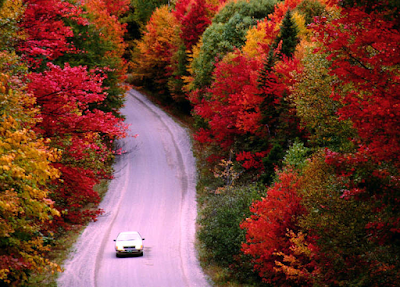 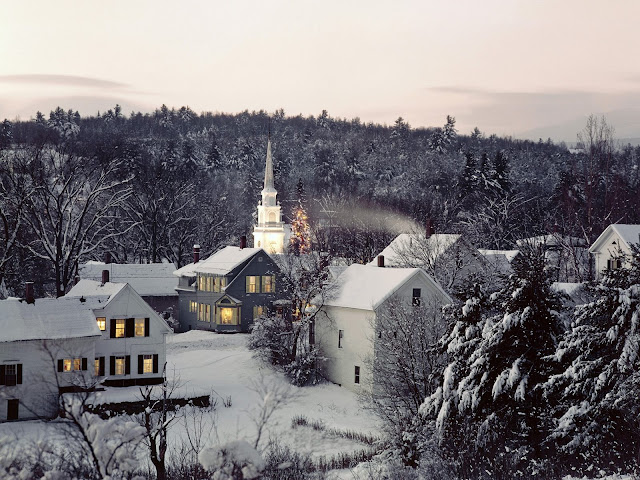 Now, the hardest part.  Leaving.  During my time in Europe, I have found and formed some of the closest relationships of my life thus far.  Leaving the close proximity of these is going to be devastating for me.  Truly crushing.  Meaning that in every sense of the word.  When I consider leaving these people and suddenly not being able to see them regularly, its the one factor (aside from the better living conditions in Europe) that leaves me terrified of regret. 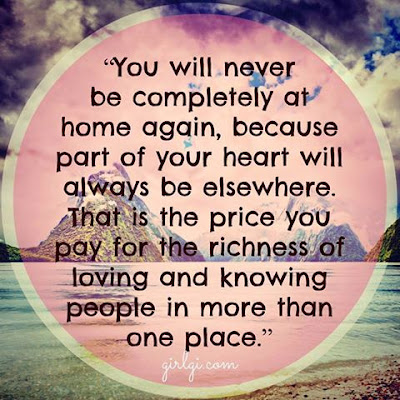 However with this huge leap and life change, I keep myself filled with the openness of possibility.  That there is always the option of my coming back.  To me, this move is not a door slammed shut.  Its an exciting new chapter.  Another door opened.  A new life experiment, if you will.

Maybe I am yearning for New England simply out of a normal degree of missing home.  Something that, upon living there again, I will realize that's all it was but that it doesn't necessarily mean I want to stay there putting down roots again.  However the only way for me to know this, to differentiate if I am merely missing home the way one always does when away or if I truly want to settle down there again, is to go back.  I need to go in order to find this out.
To differentiate whether I am merely missing it but actually prefer Europe after all, or if New England is where my heart truly lies, and thus, where I want to make home.

So.  With all of that said, the countdown has begun. 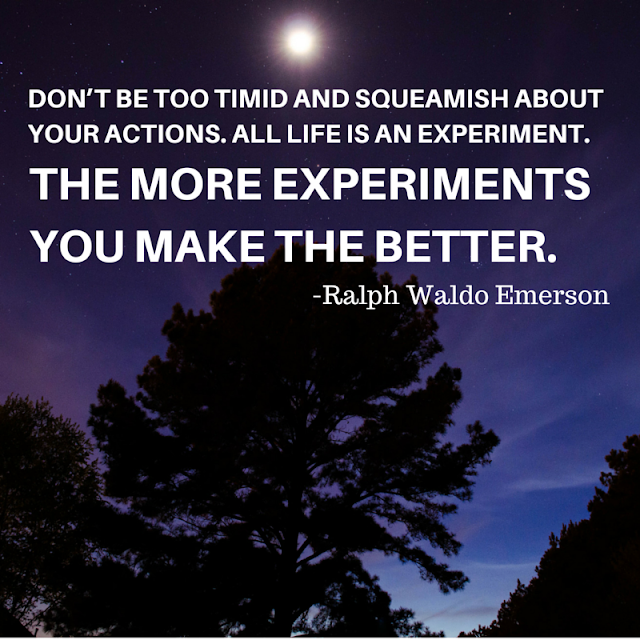 Email ThisBlogThis!Share to TwitterShare to FacebookShare to Pinterest
Labels: Brooke English-Barss, can you love someone and still leave, challenges of moving abroad, loving and leaving, why boston is the best city