The Color of Home 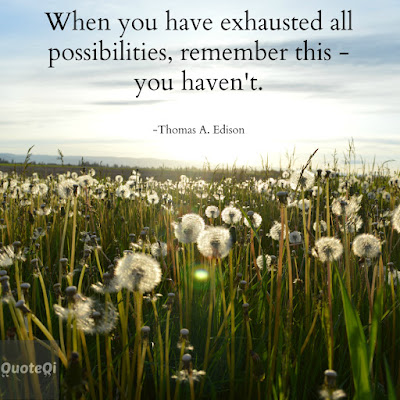 I have to admit, I didn't expect a lot from this one.  Not having an especially wide readership and because it wasn't particularly gripping from the start.  Instead of grabbing hold of and pulling you in, this one takes your hand gently, guiding you into its center, meandering through the tale at a more comfortable, steady pace.  However, I was surprised and delighted to come upon what I feel are rare treasures within the concepts of this love story.  Ones worthy of more exploration and consideration.  Certainly like none other that I have read in others. 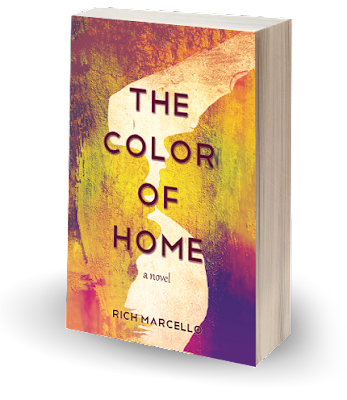 Within the first chapter, we meet Sassa and Nick.  These two go on to have a rather serious, emotionally deep romantic relationship spanning over the next one year.  Revealing some of the innermost depths of their hearts to one another during that time.  However, Sassa isn't sure she is ready, nor certain that she believes in the concept of being tethered to one person for the next 50+ years of ones life.  Instead, feeling as though she still has much growth and exploration ahead of her, which she needs to be able to move forward in.

Growth and explorations that may involve certain parallel paths with Nicks, but in other instances which she imagines may require a forking off from one another (if remaining totally true to themselves).  So, despite loving him deeply and believing there is something poignant between them, she leaves.  But, not before first posing an interesting question.  This is where is gets interesting.

Both Sassa and Nick feel and acknowledge a resonating connection between them.  A sense of being home with each other.  Yet, Sassa is convinced there is more that both of them still need to do first.  Some of which would, if truly following their hearts, take them in opposite directions from one another.  She believes its important for each to continue venturing forth into self growth and discovery first.  That you cannot truly be ready as your best self and partner until you have grown in immense ways.  That one should live through a certain amount of varying experiences and explorations before making a commitment of such magnitude.

So, she poses to Nick the following thoughts and ideas:  might it be possible for the two of them to venture forth through life, down their own paths of discovery and growth, while remaining in sporadic touch (they agree to talk once a year) and still connected?  And even further, can they do this in honesty, openness and bravery with one another?  Keeping the possibility in mind of their ending up together romantically if their paths end up converging once again.  But also, that if it doesn't work out in such a way, this is ok too.  But to go forth trusting in the universe.  To let go, both with the understanding and acknowledgment that a large part of compatibility, a huge part, is timing. 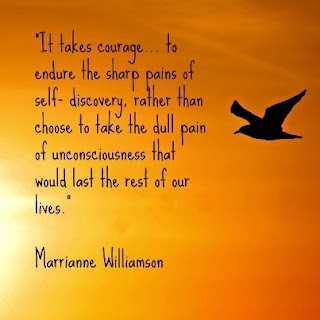 To me, this is an awesome concept.  Mature, courageous, realistic and open hearted.  So often, people feel they have to choose.  Between their significant romantic relationship at the time and other equally important life things (whether those other life things are goals, adventures, career pursuits or even potential for deep connection with others).  So, they stick in the relationship, forsaking so many of the other things for which they were yearning.  Forcing the timing to be right, making it so.  When in actuality, true timing cannot be forced.

I understand that close, intimate relationships require a degree of sacrifice, of compromise and meeting in the middle.  Absolutely.  This is required in any well functioning, long term relationship.  But often times, in my opinion, it ends up being too much.  Too much is given up.  Of oneself, of ones dreams, goals and/or identity, in order to "keep" the relationship and please ones partner.  To "lock it down" so to speak.  This is, essentially, acting from a place of fear.  And many may know the quote, "everything you have ever wanted is just on the other side of fear." 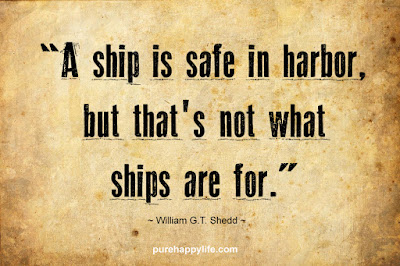 The problem is that these truths and yearnings within us, the ones given up in order to "keep" the relationship, rarely go away.  Whether its far flung adventures one longs going on, or remaining open to the possibility of other significant emotional connections with others, or having ambitious, lofty career goals, or feeling a need to be able to pick up and venture forth into the unknown.  These desires very often continue living within us, instead, smothered, covered and stifled for a time.  But usually bubbling to the surface again at some point, which can lead to resentment, restlessness and at its worst, potentially the collapse of ones relationship.

This book provides us with a unique and entertaining love story.  But not only that, one that I believe is eye opening and important in terms of this dilemma it presents because its one that is true to life.  One that lives below the surface of countless romantic relationships.  Timing.

How do we contend with this tension/dilemma?  Well, for most of us, we decide on giving up in order to keep the relationship.  Sometimes, these are small sacrifices and it ends up being ultimately ok and no big deal over the long run.  Other times though, the personal/emotional sacrifices are significant and huge.  Many people make their choices based on fear.  They see these things as an either/or choice.  As a black and white scenario.  Either I choose this person now and make the timing work or lose them forever (but, at the cost of things potentially just as big in different ways.  Such as, ones dreams, potential for further self growth, closeness with others, further discovery, etc).  Or, I let them go, risking regret and loss, but am able to continue forward down my own path of self discovery which is just as likely to end up resulting in the richest of rewards. 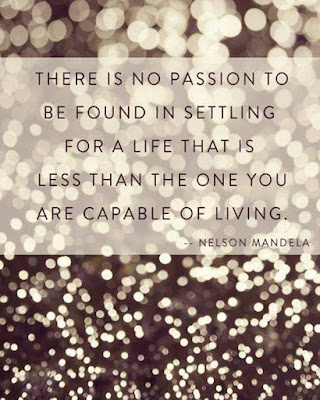 To me, this is seeing the situation in too narrow of a way.  Its making the choice into an "either/or" scenario when instead, its a situation wrought with color, possibility and loads of potential.  One of which is the incredibly brave, unconventional, with-trust-in-the-universe way in which Sassa and Nick choose to proceed with the nature of their connection/friendship/relationship.  And of course, the big question: do they up together?  You will have to read it and find out.  Worthwhile and lots of fun.

I realize a lot of people might exclaim things like, if you really love someone, you make it work.  You are willing to sacrifice, to just bite the bullet and commit.  Or, they might say things like, this is the way people behave when they are afraid of commitment.  When they arent mature enough for a relationship.

I would argue entirely the opposite.  Why is there only one right way to proceed forward in a romantic relationship?  Why is there only one possibility?  Why must things always be either/or?  As humans, we are desperate to make it so because its easier.  Safer.  More comfortable.  To be able to label things into distinct boxes.  To follow the simple, linear script we have been given and told is "the" way.  Life isn't black and white.  It isn't linear.  And its far from simple.

Life is filled with shades of gray.  Its a composite of looping, zigzagging, confusing and swirling lines, all of which make up an eye catching and far more interesting tapestry.  When you live life directed by fear, this is when you limit choices, life paths, growth, potential, and relationships.  There are so many possibilities, both in life and in love.  There is so much beauty and awesomeness to be found in instead, moving outside of the box.  In daring to defy the usual.  In looking at things, instead of as either/or but filled with a myriad of potential and possible options.  Likely, things you haven't even comprehended, considered or imagined.  This book is yet another example of one of them. 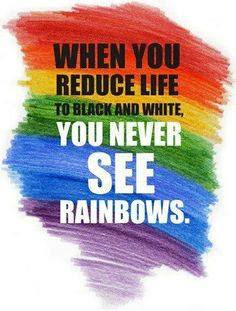 “For some of us, books are as important as almost anything else on earth. What a miracle it is that out of these small, flat, rigid squares of paper unfolds world after world after world, worlds that sing to you, comfort and quiet or excite you. Books help us understand who we are and how we are to behave. They show us what community and friendship mean; they show us how to live and die.”
― Anne Lamott, Bird by Bird: Some Instructions on Writing and Life


(Note: as of course with any book review, if its an authentic one, the reviewer needs to offer any critiques or downsides observed, as no work of art is perfect.  So despite my love of books, I of course have some constructive feedback on this one.  While at times, the authors writing is lyrical and poetic, I also found his writing at other times and especially in some of the dialogue, feeling a bit canned...surfacey....hollow...forced.  The story lacked a bit of the richness of true character depth which I have loved in many other stories.  Some of it felt like merely skirting along the surface, rather then delving deep into the richness of these chracters thoughts and details about their inner lives.

Some great examples of awesome character depth and dialogue can be found in The Art of Fielding by Chad Harbach, The Heavenly Table by Donald Ray Pollock, A Dangerous Fortune by Ken Follet, The Ocean at the end of the Lane by Neil Gaiman, White Oleander by Janet Fitch, The Goldfinch by Donna Tart, and The Storyteller by Jodi Piccoult, to name just a few

With that said though, in general, the story was a great one and as I said, the concepts and ideas explored within are eye opening, thought provoking and worthy of exploration.  Its also an entertaining read.  I finished this one in just three days!).