Openness versus Closedness in Relationships 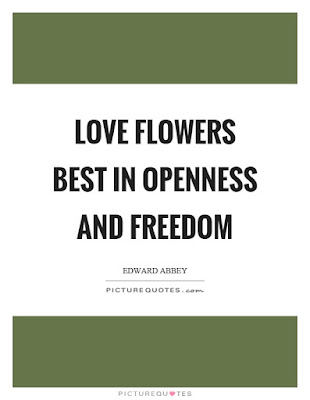 In our culture, within any committed romantic relationship (though especially in marriage) there come a lot of unspoken but pretty automatically assumed "rules" and expectations.  Though these often begin sliding into place as a romantic relationship grows more "serious," they seem to grow more glaring and prevelant once married.  So within the article, I am going to refer to them as being within marriage.

To name a few examples of these unspoken expectations:

-man and woman tend toward occupying certain roles within the relationship.  Often (though of course, not always) the woman cooks, is largely responsible for house work, and tends to handle the majority of care with regards to their children.  Men are typically the ones bringing home the bacon.  Often more hands off with the kids (though thankfully, this is changing).  Sure, they help around the house but it tends to be with more "manly" things like taking out the trash, mowing the lawn, fixing anything broken, etc.

-they are expected to always present a "united couple front," if you will.  Attending most, if not all, social events and gatherings together as a pair.  If one is absent, others often ask and tend towards assuming, "whats wrong?  Where is so and so?"  The assumption being that there to be a problem brewing if the couple isnt attached at the hip 98% of the time.

-hobbies and other interests tend to become limited/restricted once married.  For example, if Jenny loves painting, or Robert loves to play golf, its often seen in a marriage that the other spouse will gripe about this.  Showing insecurity, jealousy, possesiveness or annoyance at their partner wanting to spend signifigant time in these hobbies, especially if/when the hobby does not include their partner or isnt something their partner loves too.  Deemed a "threat" to the couples sense of "togetherness," the spouse is then forced to give up much of the time they would like to spend doing something that lights them up inside.

-people are often expected to eradicate and make invisible any reminents or special tokens of former loves because, again, apparently another threat.  Instead of being allowed the freedom to celebrate and honor both who we were along with who we are now, we are told to erase signifigant past parts of our lives.  Not mentioning nor ever looking at any mementos in relation to these special people from our past.  To pretend instead that they never existed.  That your current love is and was the only one.  For some reason, this is a scary thing for the current partner.  Seen as a semblance of this type of thought: if you still have any feelings of caring for a past love, it must be taking away from your feelings for me and our relationship now.  (Which is of course, absolutely not true.  Feeling love and caring for one person does not invalidate or take away from feelings of love/caring towards another.  People can and do feel multitudes of feelings for many in their lives, both present and past).

-we are expected to limit and often times even sever ties with anyone of the opposite sex, especially exes, and sometimes even friends of the same sex that our partner partcularly dislikes.  Yet again, another supposed "threat" to the relationship.  Our partner is expected to be our only close friend of the opposite gender, our sole sex partner for 50+ years, our financial advisor, therapist, co-parent and more.  An impossible order for any human being to fill.  No wonder so many marriages crumble under the weight of it, in disappointment and disillusion.  Thus, we are prohibited from forming any close connections with anyone else that could be "threatening."  Because you feel love, deep caring and affection for one person, does that take away from or invalidate the feelings of love you feel for another?  No.  If you feel love and affection for one close friend, family member, etc, does it mean you love others less?  Of course not. 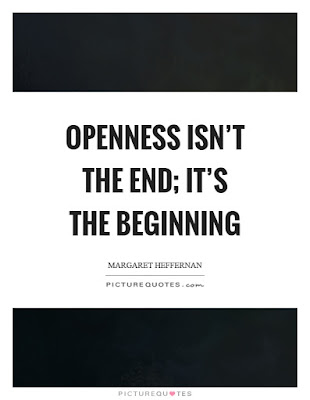 First things first, lets get this out of the way off the bat.  People typically think the term "open" marriage or "open" relationship is synonomis in having sex with people other then your partner.  While it can mean this, it doesnt have to.  Two people can have an incredibly open relationship without having physical relations with others.  Thats an important piece to clarify right off the bat.

What "open" means is simply the opposite of all these restrictive, fear based, tightly bound traditional expectations of what we have been told make up how a committed relationship or marriage should be.  It means choosing not to think in such a way that in order to "keep our relationship safe" we must cut off, restrict and narrow a number of things both in the life of our partner as well as in the life of the relationship.  And also because, if thats how it "should be" and is the "best" way to have a relationship, then why is marriage so difficult for the vast majority of people?

An important thought: might be that the idea of loving someone for life and committing to growing alongside of them is the right intent, but that our method of going about it might be flawed?

Several people have commented on and reviewed the internationally bestselling book "Open Marriage" by the O Neills.  What was a game changer for altering the way people looked at what marriage could be versus what it was.  Within reviews, all seem to have both drawn the conclusion and be stuck on the asusmption that an "open" marriage or relationship is one in the same with having sex with others.  It isnt.  And in fact, they state this more then once in the book.  That sure, this can be part of it but that it doesnt have to be.

Additionally, if you were to decide on wanting to include this aspect as part of your relationship (again, its not needed to have an otherwise "open" relationship), if your reasoning or basis for this would be purely wanting to have sex with other people, its likely that your relationship would ultimately fail.  Surprised?  I bet many of you are scratching your heads thinking, uhhh, but isn't that the main reason people decide on having the option for physical relations with people other than their partner?  In order to have sex with other people?  Sure, it likely would be.  But when thats the motivator, its likely to lead to the crumbling and demise of your primary relationship.

Confused?  For what then would be the right reasons for doing this, if it weren't for purely being able to experience that physicality with other people?  You might be wondering.  Well, you have to read the book to find out ;-) 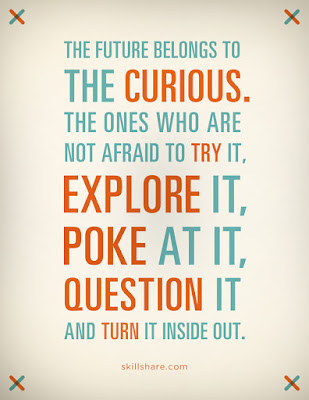 To go back to the central topic of openness in relationships though, instead of potential sex with others (lets forget that thought for a minute, since again that really isnt what "open" means or implies), what "open" actually means is moving bravely away from these incredibly closed, restricted clauses and expectations that permeate marriage still.  Ones that generally only serve in limiting both partners individually, as well as the relationship.  We assume that by restricting, contricting, cutting off, limiting and stunting, this means we are protecting something.  It doesnt.  It merely means limiting growth and possibility, limiting ultimate happiness and much of the richness that life has to offer us.  All under the guise of "protecting" and keeping something "intact."

Life is risky anyway.  Whether we restrict and narrow it, or embrace it wide open with bravery.  Neither approach changes the risk potential.  So why not go with the one that will result in a far richer life?  Doesnt it make a degree of sense that if something were "the way it was supposed to be," that it wouldnt have to be forced, cut off, restricted and safe guarded to such a degree to make it so?
. 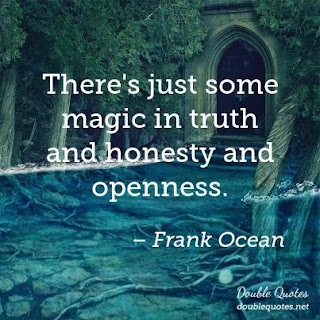 We take these assumptions and expectations in marriage as truth.  As whats right.  As "just the way it is."  But just because thats how something is done, does that make it right?  Does that make it the best way?  I would argue no.  Especially if you take a closer look at marriage in a broader, general sense.  A signifigant number of marriages end.  Another sizeable figure of marriages do not end but remain only marginally satisfied or happy.  Another decent number of people stay marriage but have affairs.  Leaving a small number of those who are truly happy.

I am not making a case against marriage.  On the contrary.  I am known by nearly all of my close friends as well as exes to be romantic, idealistic, imaginative and loving.  I believe in life long love very much so.  Instead, what I am making a case against is the way we assume marriage must be in order to work.  Because actually, if you look around, our current "method" often doesnt end up working all that well for most people.  Again, might be that the idea of loving someone for life and committing to growing alongside of them is the right intent, but that our method of going about it might be flawed?

Instead, I am inviting one to consider what marriage or relationships could be.

What if it were possible to have a partner to whom youre committed, who you love deeply, with whom you want to grow alongside of but with whom there was more trust.  Greater independence, freedom and flexibility between partners as well as for each individual.  What if you could have an emotionally deep, resonating, committed relationship (married or not) while still maintaining other close, meaningful connections with many others, same or opposite gender.  What if you could have that worthwhile, closeknit relationship while continuing to pursue your other passions fully, not having to cut them off at the knees in order to be considered truly committed to your partner.

What if you werent forced to hide past reminents of other loving experiences but instead were allowed to acknowledge, honor and sometimes even reminisce about them because, instead of being a threat, they are merely treasured pieces and experiences had along the pathway to who you have become.  What if you were able to do your own thing fairly often without it being deemed selfish, dismissive or threatening to the state of your union but instead, considered a necesarry piece of a healthy emotional life and part of who you are?

These are all examples (and there are of course, many more) of what a relationship has the potential to be, versus the rigid box weve been told our marriages must occupy in order to be "good" or "acceptable."

Marriage has so much more potential and possibility for what it could be, how it could look, as opposed to the linear, narrow way we believe it has to be. 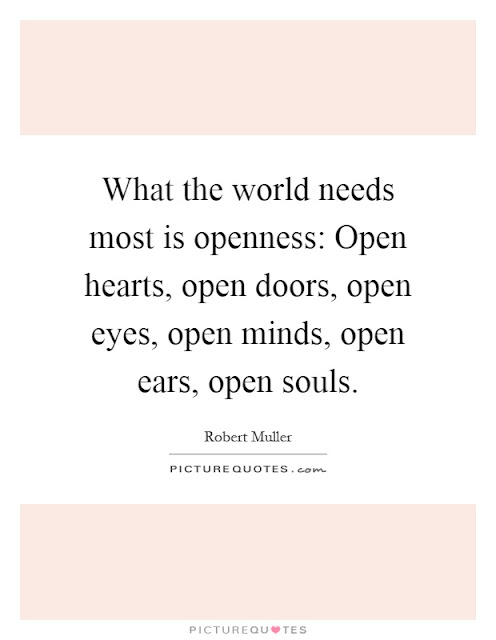 I highly recommend reading the book Open Marriage by the O Neills.  What was one of the most insightful, intriguing, eye opening non fiction books I've read in a long time.  You can of course choose to consider or reject any of the insights or information given.  Taking pieces of it to incorporate into your own life, while rejecting other parts at your own will of course.

However the book is one that will benefit, add to and enrich your relationship.  No negative could come from reading it.
Posted by missbrooke28 at 6:16 AM