What to expect when moving back home after living abroad

Moving back to ones home country after more than a year of living abroad is bound to be filled with conflicting, intense and complicated emotions.  With this experience impending in just 8 weeks for me, I have been doing a signifigant amount of research about it.  Research I unearthed along with considering emotions I can fathom experiencing when the time comes, here is what I have concluded are likely to be some of the emotional hurdles of such a big life change. 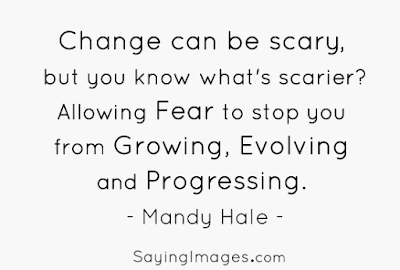 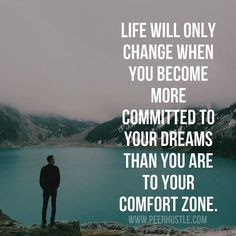 The emotional challenges likely to be experienced when moving back to ones home country after years of living in a different culture/place can include:

1.  The initial rush/thrill/honeymoon stage.  Nostalgia and excitement filled, this will be a hugely fun period of time.  That initial return.  Being back in a city/place you once knew like the back of your hand, after having been away for years.  With eager anticipation, setting forth and revisiting all the places you loved.  Rekindling and reigniting old relationships.  For a handful of weeks, this will be a whirlwind of wonder, exhileration and likely, awesomeness. 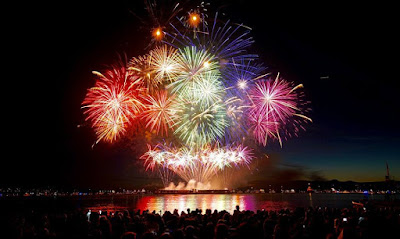 2.  Then, likely to come will be feeling misunderstood along with some disillusionment.  Finding yourself lamenting "when I lived in (___so and so place___)..."  Wanting to recount and revisit memories and moments from where you just came, as well as just yearning to talk about the experiences of your life (like we all do).  The last several of which you spent in some other far flung location, now feeling a world away.  However, your constant references to the life you just left are likely to grow old fast to the people who remained back home.  Having no connection or reference point to your stories.  Yet smiling, trying to listen and be supportive while potentially growing a tad bored.  Not really knowing how to respond other then smiling and nodding.  This may lead to your experiencing feelings of...

3.  Isolation.  As though no one can understand or connect to what you are sharing or the experience you just left.  This can lead to feeling like something of a loner.  Like you dont quite fit in.  A ship adrift at sea.  A bit of an outsider.  Experiencing some difficulty and sadness with having had this HUGE, life changing experience.  This whole other life, in a way.  And not really being able to talk about it with anyone coming close to actually understanding it. 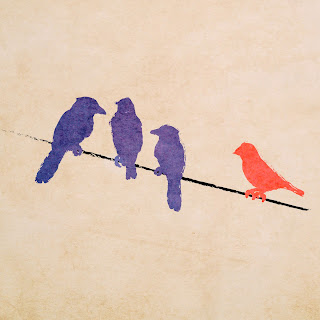 4.  Then comparison may set in.  Thoughts of "well, back when I lived in (__such and such previous place___), it was like this."  Often comparing from where you just came favorably against to where you have just returned.  Potentially feeling disappointed and disillusioned with the home you have now come back to.  Adapting the perception that it fails in measuring up (in a number of ways) to what you hoped and idealized it as being.  Waxing nostalgic about the life you just left.  Maybe even wondering at this point, did I make a grave mistake in leaving?

(Important note: experiencing these emotions does not mean that to where you have just returned is worse.  Think about it.  We do this as humans all the time.  Very often, lamenting the past.  Not having realized how awesome we had it, how much we loved something until going through a major change and reflecting on what used to be.  Often times, it isnt until then that we learn to love what we were experiencing prior.  It doesnt mean the past was actually better.  It might have been.  But experiencing these emotions doesn't automatically mean it was).

5.  Missing the people you love from where you just left.  Anyone who has lived in two different places for signifigant chunks of time knows this is a given.  If you choose to remain in place A, you will find yourself missing people from place B.  If you choose to move back to place B, there will now be people in place A whom you will long for and miss.  Its an unavoidable fact of living for a long time in more than one place, and actually, if you look close, its a pretty beautiful "problem" to have.  People scattered in several places whom you love deeply.  What a neat, slightly bittersweet, but ultimately awesome thing. 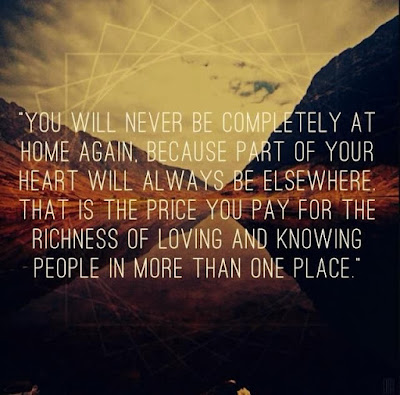 6.  A sense of disorienting time warp may settle over you.  Finding most of the people and places you left a few years prior, at least on the surface, largely the same.  While simultanously feeling as though you just lived a whole other life, an entirely different story.  An experience after which you are totally changed, utterly altered in so many ways.  So how is it that everything else seems so untouched and much the same, while you have so shifted and grown?
This will be a strange, slightly disheartening at times, occasionally frustrating, and a sometimes startling sensation.  It can sometimes lead to... 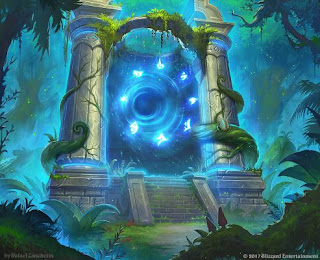 7.  A sense of feeling as though one has regressed.  As though in moving back home, having halted and shifted backwards a bit.  After living in another country, which tends to result in a LOT of inner change and emotional growth, returning home and finding so much seemingly unchanged (at least on the surface) can make one feel as though backpeddling a bit.  This is of course, not necesarrily the reality.  In fact it likely isn't.

Moving back after having lived abroad requires additional emotional stretching, internal emotional challenge and a major amount of guts.  Going through a major upheaval, taking a huge leap and starting all over once again.  That is a big thing.  Do not discount or minimize that.  Though it may feel so, you arent going backwards.  Its merely another chapter in your story.

And though on the surface it may feel like regression simply by means of "going back", it isn't.  You are returning to the place with new eyes, as a different version of you, more likely than not to result in an entirely surprising and unexpected experience while coming home. 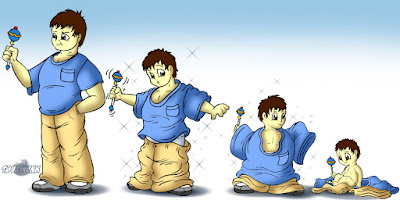 8.  Culture shock.  Returning home after living abroad for several years will result in seeing your home through new eyes.  Some of what you will be observing anew will be positive, feel wonderful and comforting, full of romance.  However, a number of aspects to your culture which may have gone previously unnoticed may now stand out glaringly, and not always in the best way.  Certain things, whether dietary habits, cultural norms, mannerisms, traditions, etc.  Ones that, though before didnt seem problematic, now with having a new comparison may seem offputting, strange or even upsetting.  This can be difficult to readapt and adjust to. 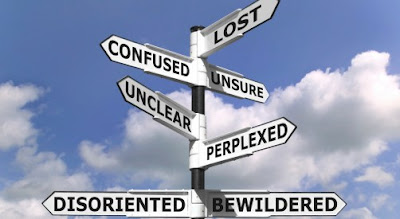 Know this: in almost every culture/place, there will be positive aspects to it as well as negative.  It doesnt mean one place is better or worse than the other.  Yes, occasionally it does.  But more often, it doesn't mean that.  It just means they are different.  Both offering varying positives and drawbacks.


How to deal with these challenging emotions:

First, know that they will pass.  It may take anywhere from five months to 1 year.  And even when they have passed for the most part, just by nature of having built a life elsewhere, some of these feelings will never go away fully.  Popping up sporadically throughout the years.  This is ok and normal.  It doesnt necesarrily mean where youve moved back to isnt where you should be.  If you are otherwise happy and feel mostly settled into your home once again, experiencing these feelings from time to time is normal.

Know that you will have flashes of missing the life you had abroad.  There will be aspects of the other culture in which you lived in that youll find yourself preferring, even lamenting, as compared with to where you have returned.

There will be people in the country you just left whom you are likely to miss for a long time.  Possibly even forever.

As a result of having built a world in a different country, there will be moments throughout your life of feeling disconnected and unable to be understood by others (as many people have never done something like this).

All of this is ok.  Its part of what comes with the territory of having done what you did.  The awesome, life changing thing of having ventured elsewhere.  Knowing this will make the emotions easier to work through when they come up.  Being aware that just because you experience these emotions does not necessarily mean that to where you returned isn't where you should be.  Instead, do not ignore the wonder and awe that is available, in abundance, both from where you just left as well as in the new life which you have just arrived at.

And though its a separate topic, how does one know if where they have moved to is "home?"
How can you know if the right choice was made?
Should you stay or should you go?

All really important questions that a huge number of us wrestle with.  Here is an article about that very topic.  On how to know where your "home" really is and how you can figure this out. 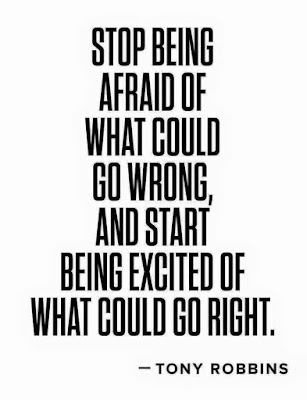 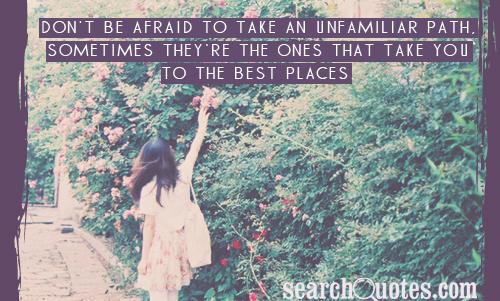 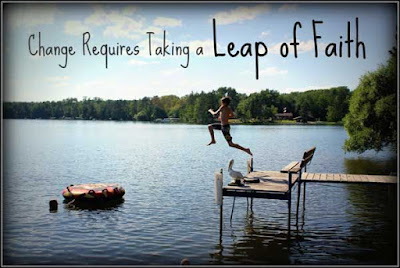