A couple weekends ago, Maxx and I embarked on a sinfully saccharine tour throughout Boston.  What were we sampling?  Ice cream!!!  A tour I put together for Maxx as a birthday gift. 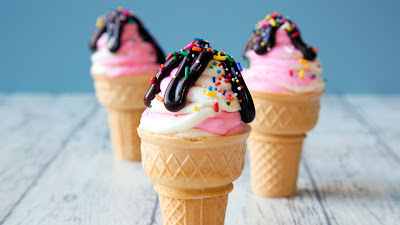 The day was warm, the sky clear, the sun bright.  The streets were crowded with excited revelers, as this was the same day that the Pride Parade was taking place.  Maxx and I really enjoyed watching the joy and liveliness of this underway.  Meanwhile, at the top of the docket, ice cream.  Ides came along too, for the ride, as well as a few lickins that we allowed her to get in on ;-) 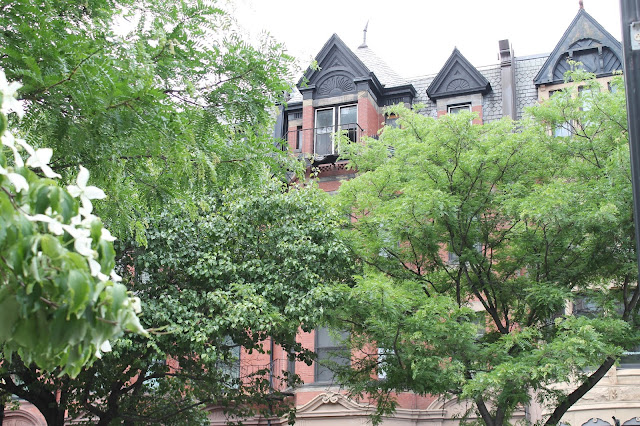 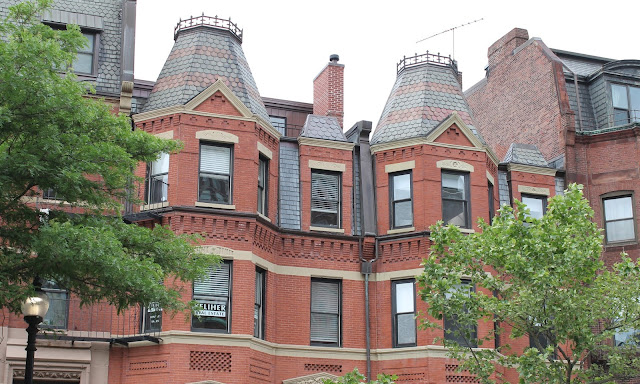 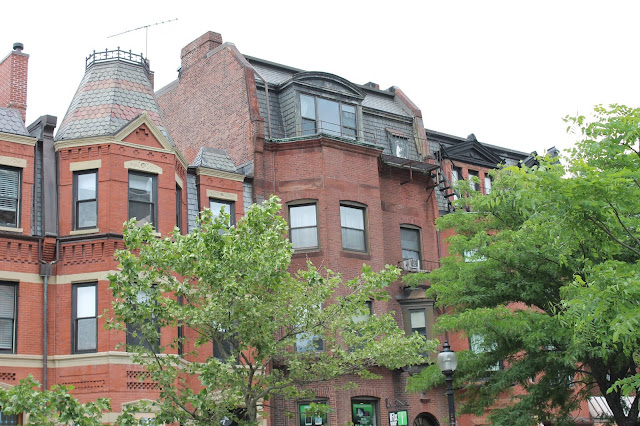 Before embarking on the enormous eating fest of all things dessert, we were hungry for some real food.  We decided on something light but healthy.  Sushi being the perfect choice. 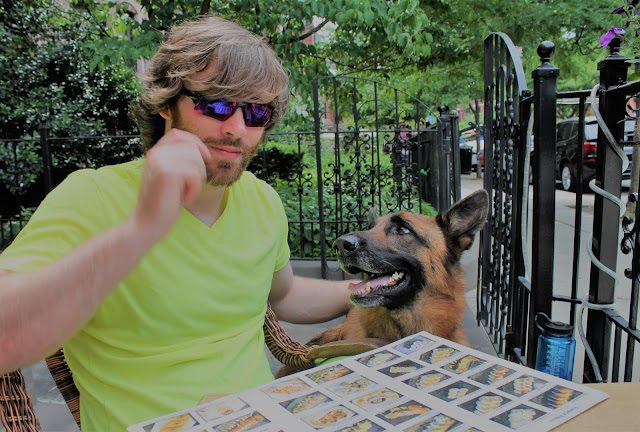 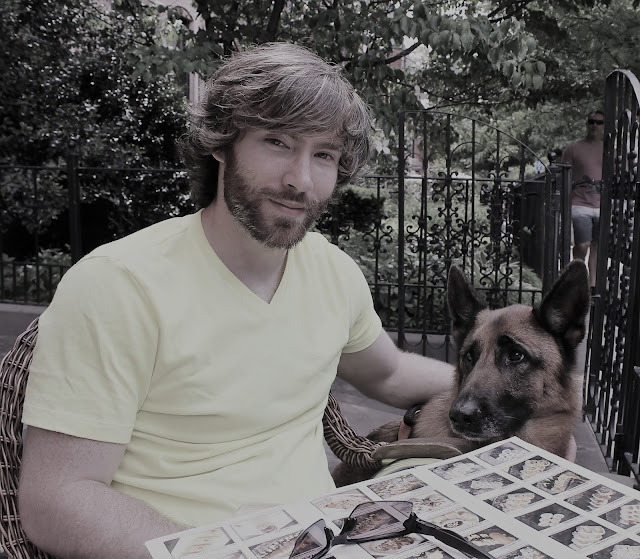 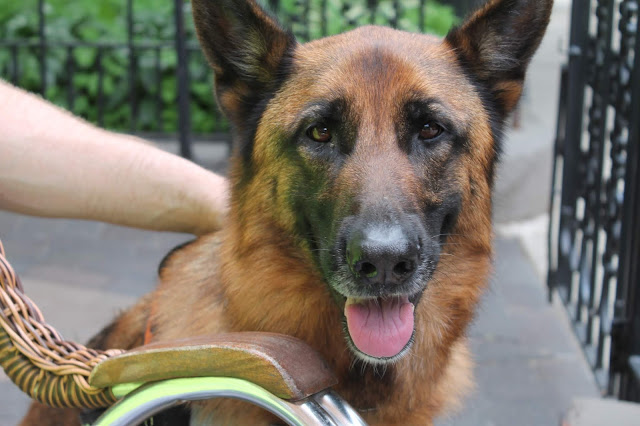 Onto the first stop of our ice cream tour.  J.P. Licks, known as having some of the best ice cream in Boston.  Maxx chose a strawberry rhubarb flavor, straight up.  I got dairy free chocolate ice cream (made with coconut milk) doused in hot fudge and topped with sprinkles.  We even got Ida a little pup ice cream for herself, which she went wild over. 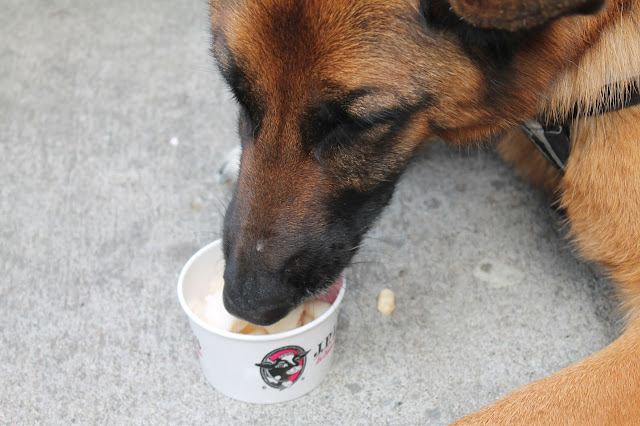 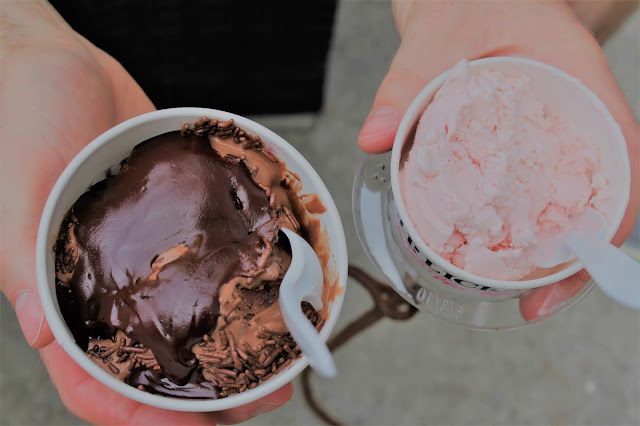 And, on to Newbury Street for the next tour stop.... 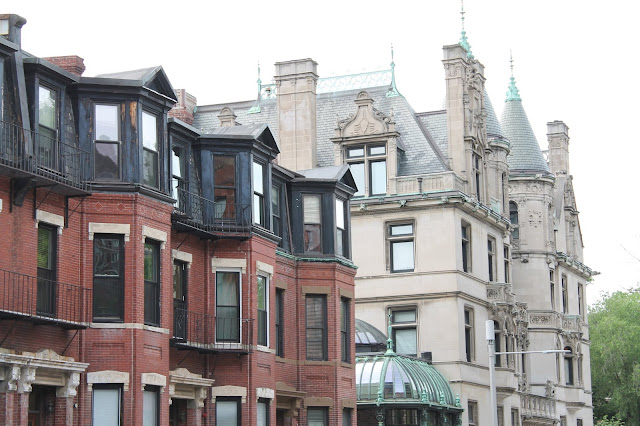 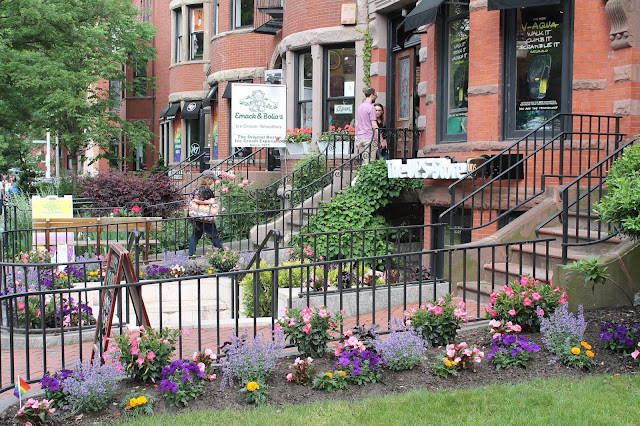 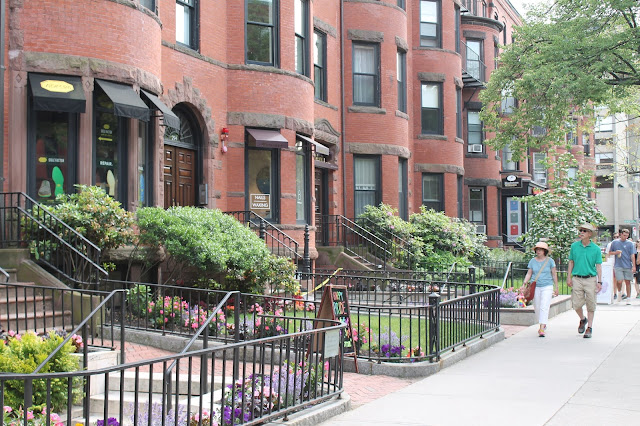 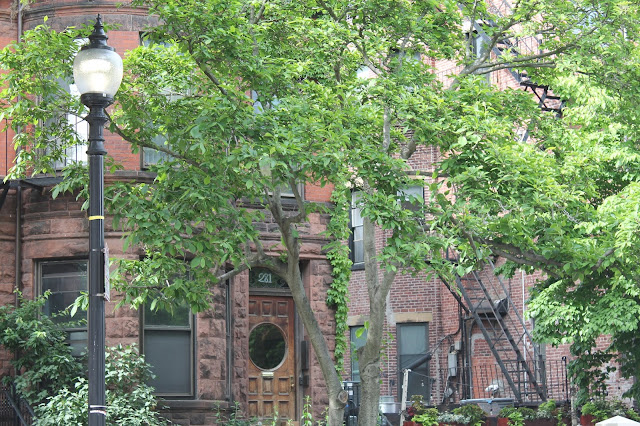 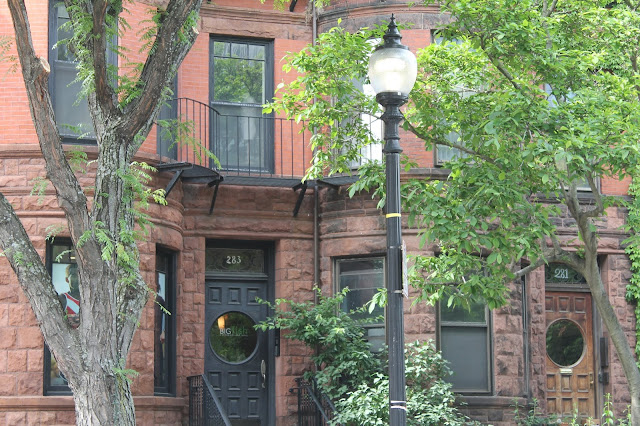 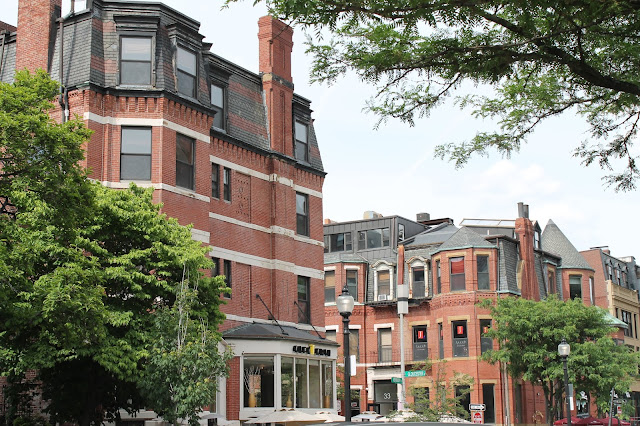 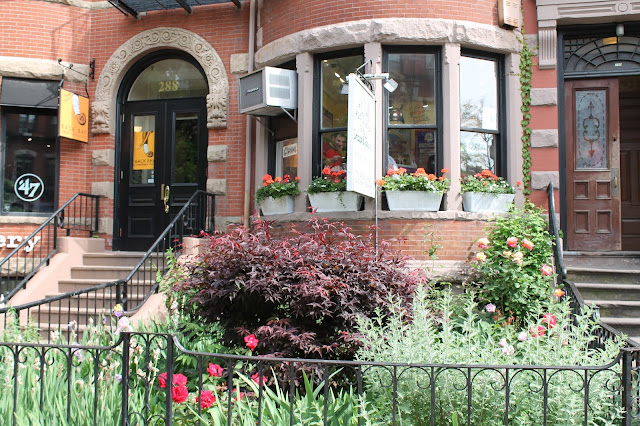 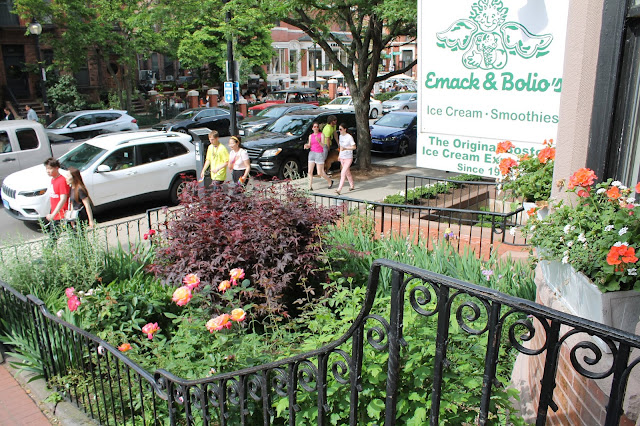 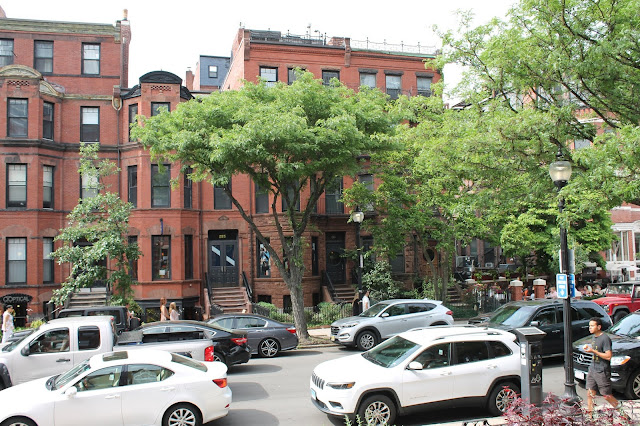 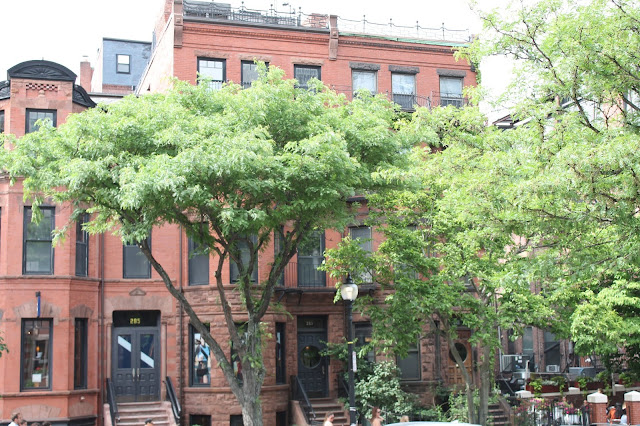 Second stop: Emack and Bolios.  Known for having unusual, outrageous, off the wall flavors.  For example, I watched several people emerge from the shop doors with a charcoal black ice cream.  It was in fact, that very flavor.  Though I was not daring enough to sample such.  This place would be such fun to return to on a weekly basis, sampling a different flavor each time. 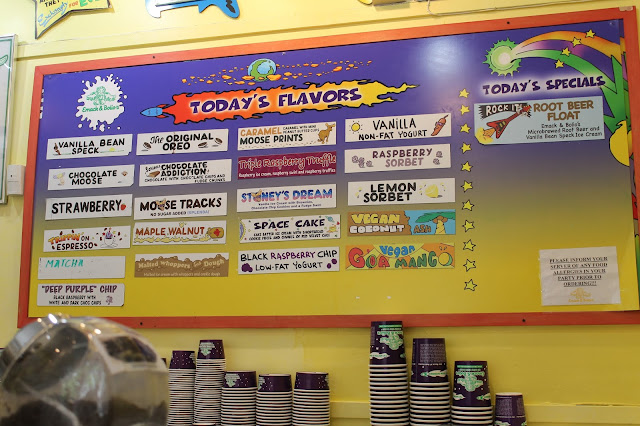 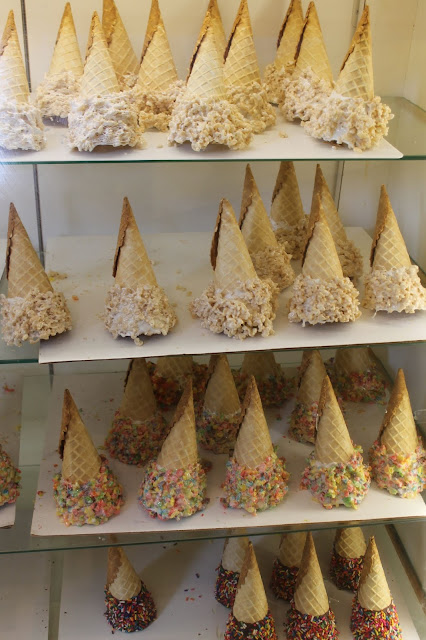 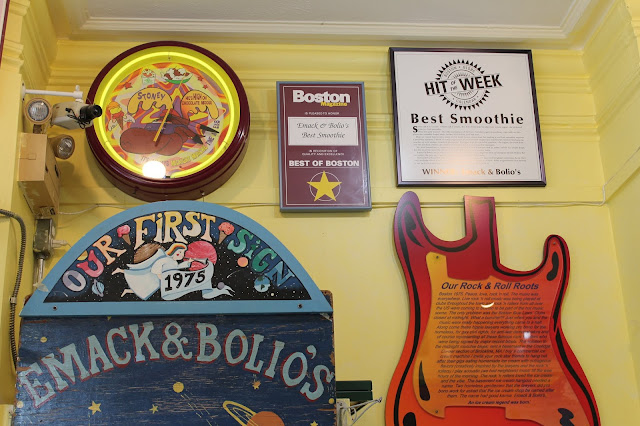 Third stop was Amorino Gelato.  Maxx tried the flavors Black Currant and Lime Basil, with a macaron in the middle.  This was his favorite tasting of the tour, he said.  With such bold flavors, creamy and refreshing, just really good. 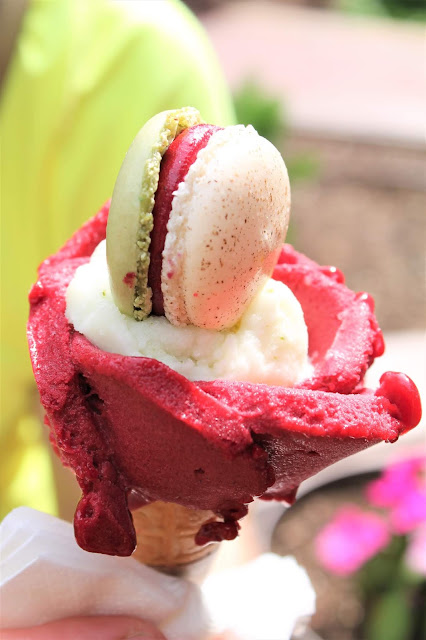 Final stop of the tour, all but clutching our stomachs, was Juicy Spot Café.  Aside from the fact that it was PACKED (I waited easily 35 minutes in line for our ice cream), the concept of the rolled ice cream, both watching them make it as well as eating it, was great fun.  We tried the "Razzle Dazzle," a yogurt base with raspberry, topped with blueberries, pomegranates, and chocolate syrup.  I definitely recommend this place.  Just know, its likely to be packed when you go.  Also, there isnt really anywhere to sit, either inside the shop, nor out. 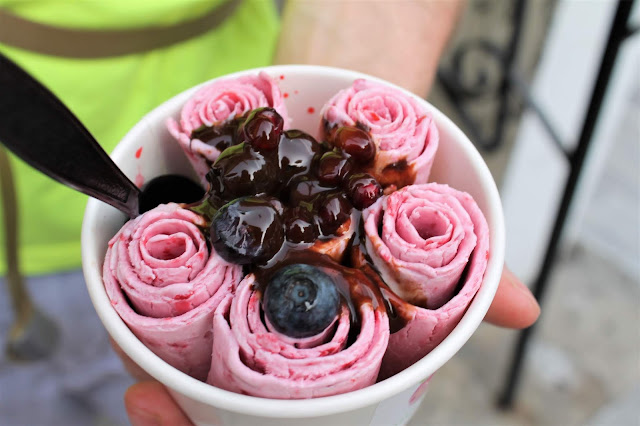