A video clip from my trip riding the gondola up to the very top of the hill above Rudesheim the other day. AWESOME!!! 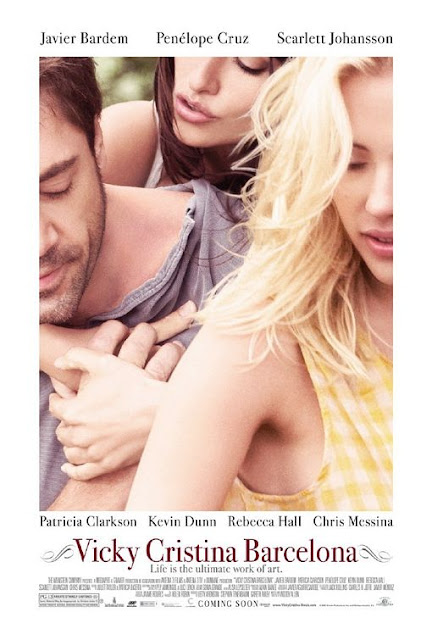 The first of three new movies I watched this week.  Vicky Christina Barcelona.  This was a great movie.  It actually won an Oscar award, as well as an additional 34 wins and 42 nominations.  So this isn't just my opinion.  Its a fact that this is a worthwhile watch.

This is an especially perfect warm weather flick.  Its about two young women who venture to Spain during the summer, for some adventure, relaxation and travel.  These girls are totally different from each other.  One is sensible, safe, predictable and logical.  The other is impulsive, sensual, adventurous and emotionally driven.  Naturally, these two women find themselves entangled, and ultimately having feelings (in varying ways), for the same man.
Now add this mans tempestuous, tumultuous ex-wife to the mix, who re-enters the picture at some point along the way.  And things get really juicy.

This movie is sexy...intriguing...fun to watch...and interesting.  It offers us a look at unique types of relationships.  I would highly recommend it.  I loved it. 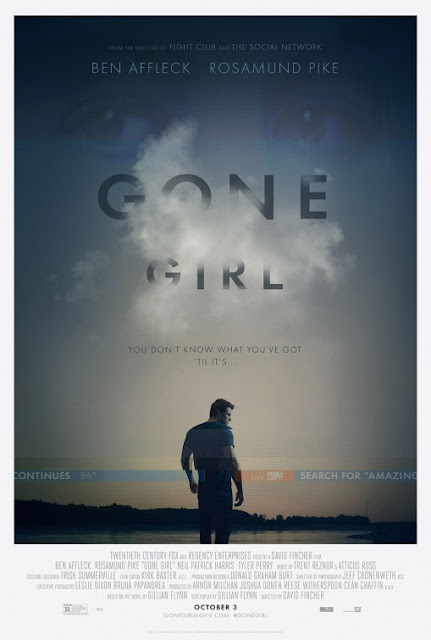 I finally sat down and watched Gone Girl, as I read the book back when it first came out and have heard positive things about the movie.  I enjoyed the book, all the way up until the very end, which I totally hated.  It was just a tad too f*cked up for me.  That aside though, the story is dark and incredibly gripping.  A slow-reveal of a suspense story.  Psychologically gritty and disturbing.  Not the usual type of book I would reach for, but one that kept my attention until the very end.

I felt the same way about the movie as I did about the book.  I really enjoyed watching it.  I was gripped nearly the entire time (though the start was slightly slow, but it picked up fast).  The acting was solid, especially the female lead, who I totally hated.  She was cold, mechanical, calculating and totally insane.  Exactly the way her character is supposed to be ;-) and Ben Affleck did a great job too.  Yes, the ending was...ugh.  The same as with the book.  But overall, a good movie.

I would recommend it.  Its a really fun watch that keeps you on the edge of your seat through most of the film. 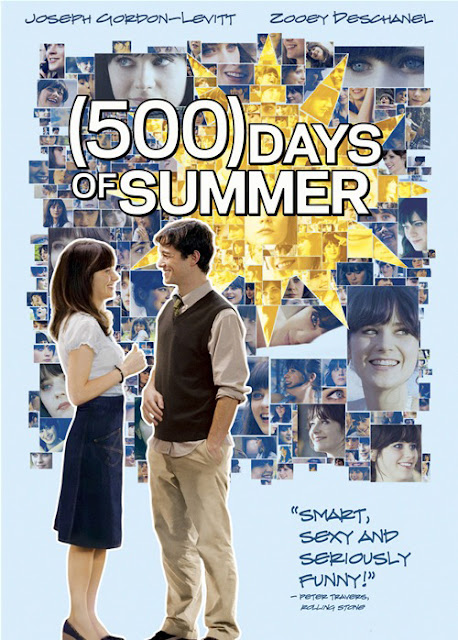 And finally, 500 Days of Summer.  I had heard about his movie and always avoided watching it, thinking it looks sort of arty, obscure and strange.  I am not sure why I thought this, as it was none of these things!

This movie was incredibly sweet, heart rendering and fun to watch.  I actually got teary twice during the film (embarrassing but true).  This is a love story about Summer and Tom.  Tom falls hard for Summer.  Summer holds Tom emotionally at bay for quite a while, as she doesn't believe in love.  Though slowly over time, she lets him in bit by bit.  Eventually they become quite close, and by all intensive appearances, seem to be mutually in love, as evident by actions on both of their ends.

However, to me this movie was a realistic account of romantic relationships in the sense that it showed us, they sometimes just do not work out.  It doesn't always mean someone is a cheater, or that one of the people was a terrible person to the other, or that something truly awful happened to split the couple up.  The message here was that it doesn't always have to be some huge deal-breaker (though in life, this is equally often the case for things ending between people), but that it can also just be that the relationship just...ended.

This movie is also an interesting look at perception between people.  Tom clearly loved Summer deeply.  He was totally smitten.  Head over heels for her.  Summer clearly cared very deeply for Tom as well.  She told him things which she had "never told anyone before."  She made compromises for him, regarding the approach of their relationship.  Her affection towards him was evident.  But, she didn't feel quite the same passion for him that it seemed he felt towards her.  There was some level of imbalance there, in existence between them.  An imbalance which exists in nearly every relationship.  Sometimes the imbalance is barely noticeable...sometimes its more obvious.  Often, this imbalance will even shift, back and forth throughout the course of a relationship, not always being the same person who is more invested, or less invested.  It can switch between the two people.  But. It is always there.  This movie was a good showcase about this type of perception, and how it can shape the outcome of a relationship.

The one thing I didn't like so much about this movie was the ending.  To me, it was a bit...silly and disappointing.  After he was able to move past Summer eventually, he now moves on to Autumn??   ;-p
I get the symbolism, and its valid.  But still, meh.  I just didn't love it.

Anyway, with all of that said, I did love this movie.  I thought it was just a super sweet love story.  My heart really ached for Tom, and I so wanted them to end up together!  But ah, I guess as this movie shows us, that just often isn't what happens and this is just part of life :-)

And I liked the movie even more so for this fact.