I have a delicious and super easy recipe to share with you.  I made this for dinner tonight and man, did it turn out tasty!! The recipe is "Sweet Potato and Black Bean Enchiladas."  Sounds a bit strange I know, this particular combination of ingredients.  But trust me when I say it was really, REALLY good!!!  The flavors actually went together wonderfully and really complimented one another.  The light sweetness of the potatoes with the earthly flavor of the black beans, combined with the zesty crunch of the onions was AWESOME.
I got the idea from a cookbook at the library, but put a couple of my own personal twists on it.

Technically the recipe was listed as being vegan but I added some cheese to it ;-)  however you can make it vegan if you wish.  You could also add some cooked chicken into the enchiladas and that would likely be a delicious meat version of the recipe as well (though I would not recommend any other kind of meat with this recipe, just chicken).

The ingredients needed for this recipe:

Tortilla wraps (I used four, and the amount of filling I had fit into the 4 tortillas perfectly)
2 sweet potatoes
1 can of black beans (mine are in a spicy chili sauce)
1/2 of a large, white onion
Goat cheese
Enchilada sauce ideally (if not, a bit of tomato soup will work, or mild salsa)
*cooked chicken, if you so desire 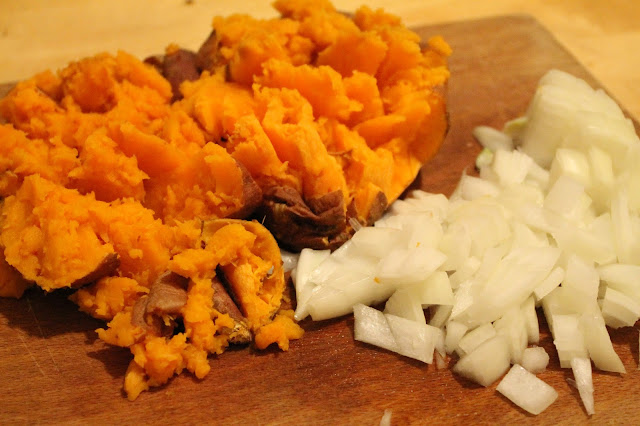 Rub a bit of olive oil over the skins of the two sweet potatoes.  Then pierce each of them, multiple times, all over, with a fork.  Microwave the sweet potatoes, on high, for about 4-5 minutes, until pretty soft when poked once more with a fork.

Meanwhile, dice up the half onion.

Once the sweet potatoes are done, remove from microwave and set aside to let them cool a bit.  Then cut them up somewhat, like so in the photo above. 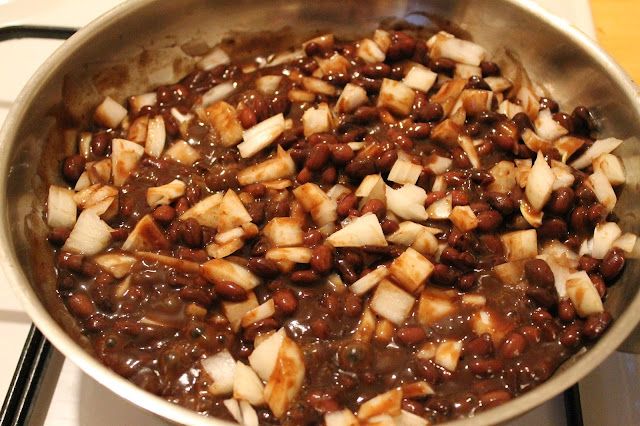 Cook the black beans (make sure they are drained first!!!  Unless in a special sauce like mine were, in which case there would be no need to drain) and the onions on medium heat for 3-5 minutes on the stove. 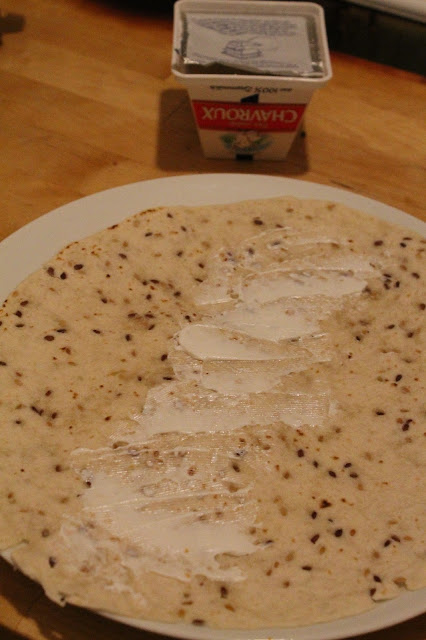 Spread some goat cheese onto each tortilla.  In retrospect, I wish I had used just a tad more then as pictured (in terms of the flavor it added). 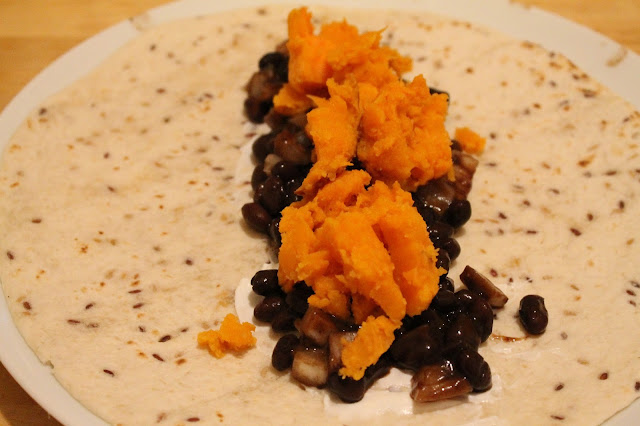 Remove the black beans and onions from the heat.

Heap 2-3 spoonfuls of black bean mixture onto each tortilla and top with a few spoonfuls of sweet potato, as pictured. 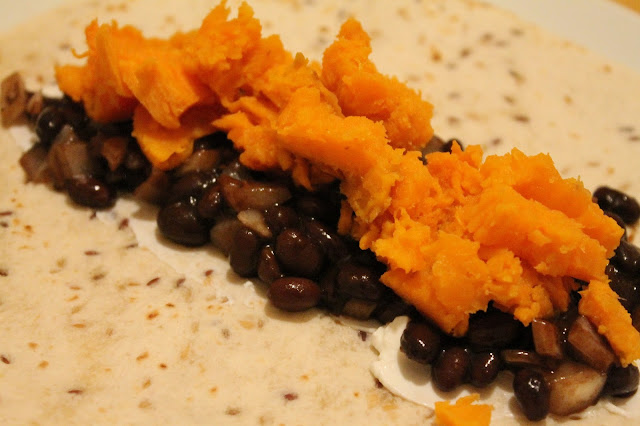 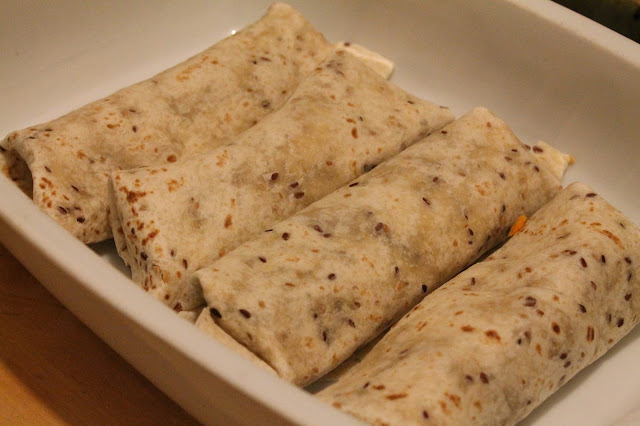 Roll up the tortillas securely and place in a baking dish, like so. 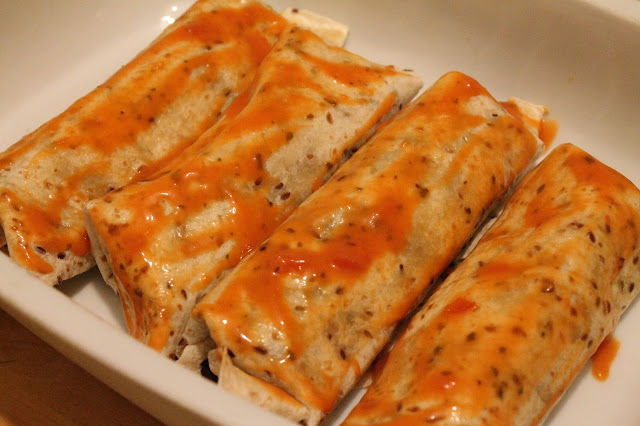 I covered each one with roughly 1-2 spoonfuls of tomato soup (as I unfortunately don't have access to enchilada sauce here.  This has nearly killed me, in a number of cases when I have been cooking Mexican food.  Miss this stuff sooooo much).

Do not use a lot. I don't think the flavors will work well together if there is too much sauce.  It will overpower the sweet potato and bean flavors.

The sauce is mainly to keep the tortillas moist so they do not burn or dry out while cooking...as well as add a tad bit of flavor. 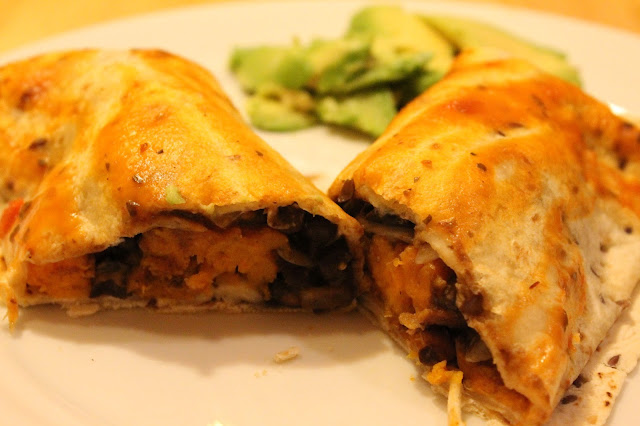 Bake in the oven on 180 C or 325 F for about 25 minutes or so.  Cover with aluminum foil while cooking.  Spray the underside of aluminum foil with nonstick cooking spray if this will be touching the tortillas.  Otherwise they will stick to the foil.

Once finished, remove from heat, let cool for a few minutes and then enjoy!!! 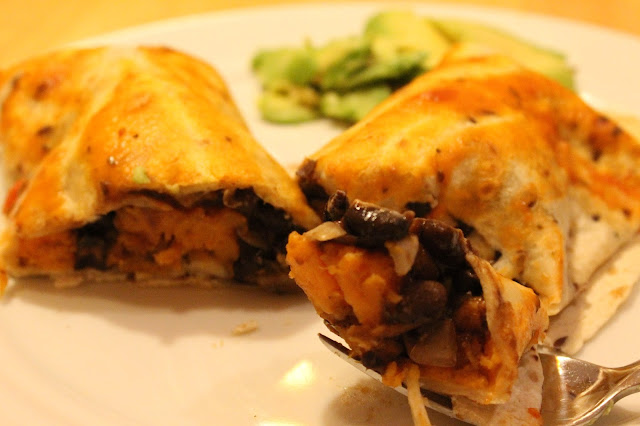 And now...onto a great suspense book I just finished.  You may have heard of it.  Its been all over the bestseller shelves for months and months now... 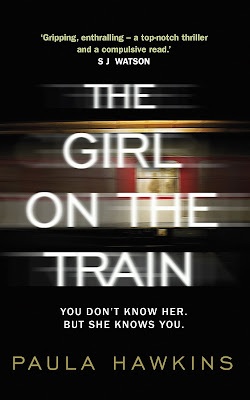 “Like its train, the story blasts through the stagnation of these lives in suburban London and the reader cannot help but turn pages.”—The Boston Globe
“Gone Girl fans will devour this psychological thriller.”—People
A debut psychological thriller that will forever change the way you look at other people's lives.
Rachel takes the same commuter train every morning. Every day she rattles down the track, flashes past a stretch of cozy suburban homes, and stops at the signal that allows her to daily watch the same couple breakfasting on their deck. She’s even started to feel like she knows them. “Jess and Jason,” she calls them. Their life—as she sees it—is perfect. Not unlike the life she recently lost.
And then she sees something shocking. It’s only a minute until the train moves on, but it’s enough. Now everything’s changed. Unable to keep it to herself, Rachel offers what she knows to the police, and becomes inextricably entwined in what happens next, as well as in the lives of everyone involved. Has she done more harm than good?
Compulsively readable, The Girl on the Train is an emotionally immersive, Hitchcockian thriller and an electrifying debut.


And now for my own personal opinion about it.  First off, this book was gripping and very readable.  I could not put it down.  I looked forward to reading it every day.  I was dying to know what was going to happen.  This is a story that grabs hold of you from almost the very start and doesn't let you go until the end, upon the big reveal at the conclusion.  The story is dark and intriguing.

Therefore, I really enjoyed reading this.  It was a great summer read, in all of the regards which I described above.  I finished it in 2.5 days.

In terms of the actual story, it was fairly forgettable.  It was lots of fun to read, but upon the conclusion, it is probably not something I would reread, nor is it particularly memorable.

The characters are all deeply disturbed individuals, all with a host of various psychological problems, whether battling alcoholism or power hungry and manipulative, all of the main characters were unquestionably messed up.  If you want to feel better about your own life and psychological state, read this book ;-) haha, juuuuust kidding.


Reading this book is akin to feeling like a voyeur peering through the window of the house next door in which you know there is LOTS of drama and craziness, watching some of it ensue.  Something you cannot turn away from, but of course would have no interest in being a part of either.  Or its akin to hearing about an acquaintances life that is just incredibly dramatic and full of problems.  Interesting to listen to, but of course only from afar where there is no risk to you being pulled into such things.  Like watching a catastrophic accident about to occur in a moment.

All jokes aside though, the story, upon conclusion, was nothing to write home about.  And these characters would give a psychologist hours of abnormal psychological analysis fascination.  Yikes.  One certainly would not want to be acquainted with any of these individuals.

But with all of that said, I loved reading it.  I was hooked right away, and really enjoyed the excitement of trying to figure out what the suspense and thrill would reveal at the big ending.  I enjoyed being pulled along for the ride, with the Girl on the Train ;-p merely as a spectator watching it unfold. 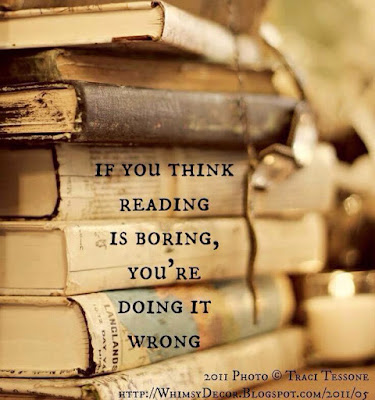