In the past week, I have added some new locations to my Frankfurt fun repertoire of places I have tried out and really enjoyed :-D  Lots of tasty new food and sweets were tried, a new city was visited and drinks were drank.  See below for a little tour of the places I sampled: 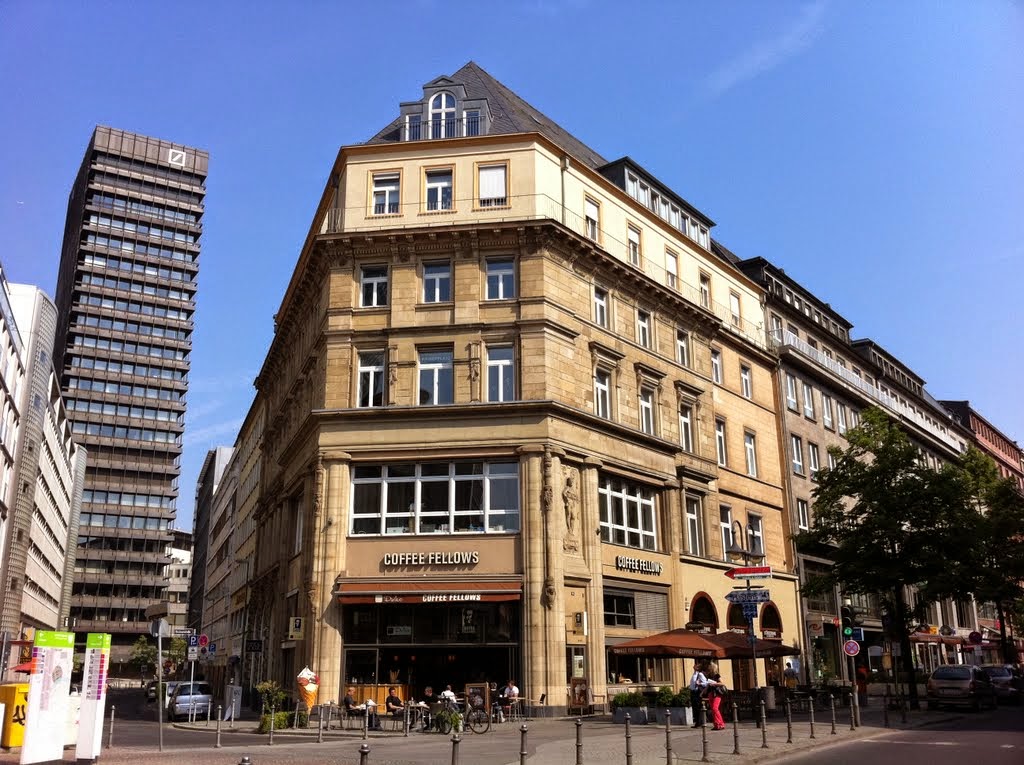 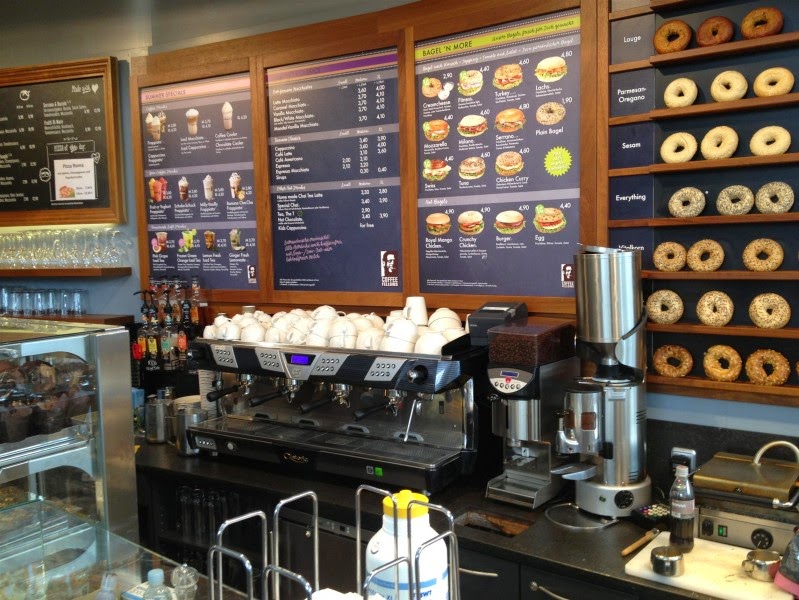 First stop last week was Coffee Fellows.  This is a semi-chain like cafe, a few of which are found throughout Frankfurt.  The cakes here are yummy, though they also serve a variety of bagel sandwiches here, ice cream and other sweets.  I myself enjoyed the usual (green tea) along with a slice of Oreo cheesecake!  Despite generally being quite busy, the inside of this cafe is cozy.  Lots of couches and big easy chairs for comfy sitting and longer conversations. 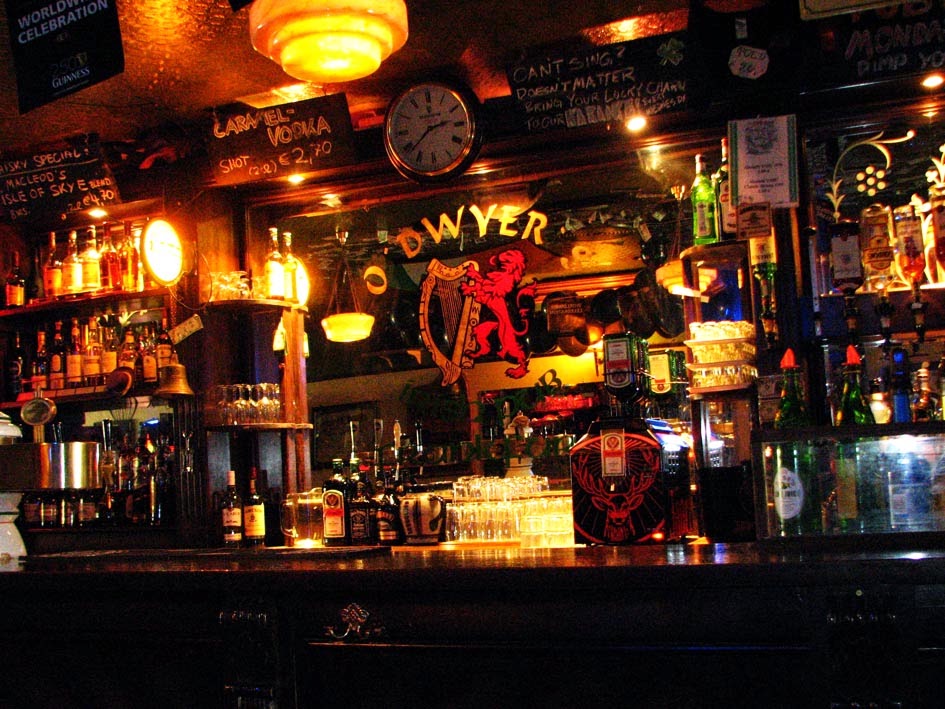 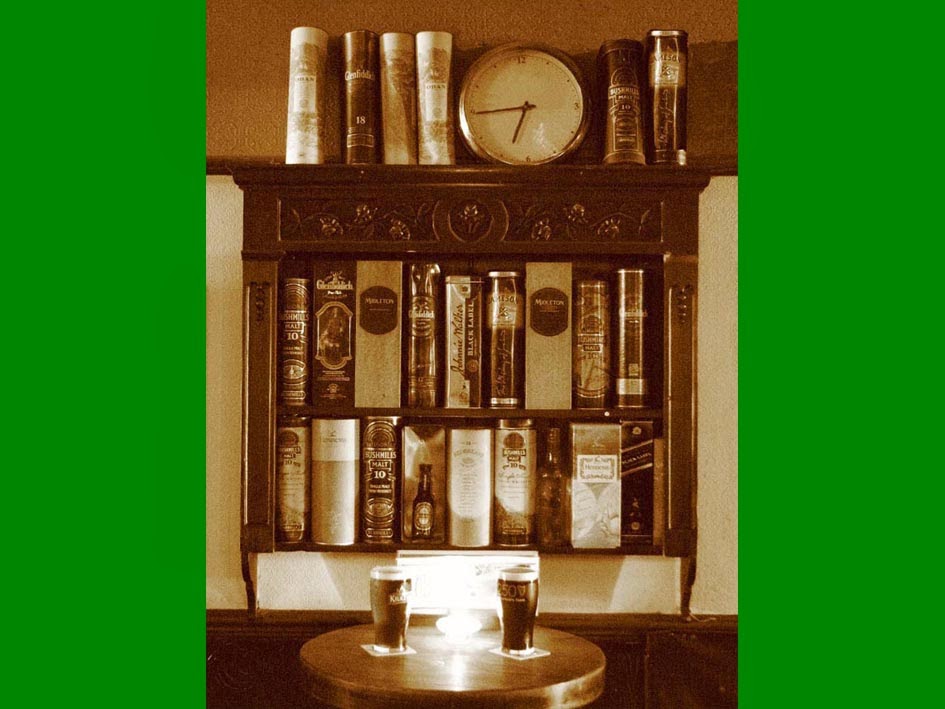 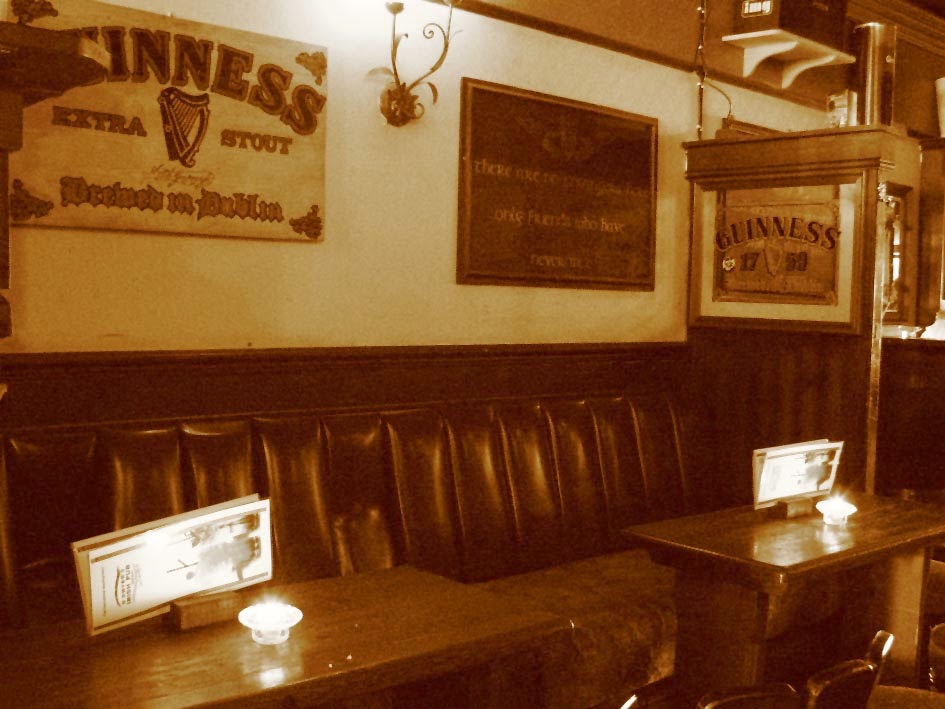 For our last meetup with mine and Judiths group, Sweet Meets, we headed to a little Irish pub called O´Dwyers.  This is supposed to be one of the funner, lively, more highly recommended pubs in Frankfurt.  On Tuesday nights, apparently whenever a song by U2 plays, each patron is able to receive a free Guinness beer or a shot of Baileys.  This was a cool place!  Though the lively part was lacking, as we went on a Tuesday evening.  But our group had great fun, nonetheless.  Lots of laughing, as well as large beers that are nicely sized for the prices. 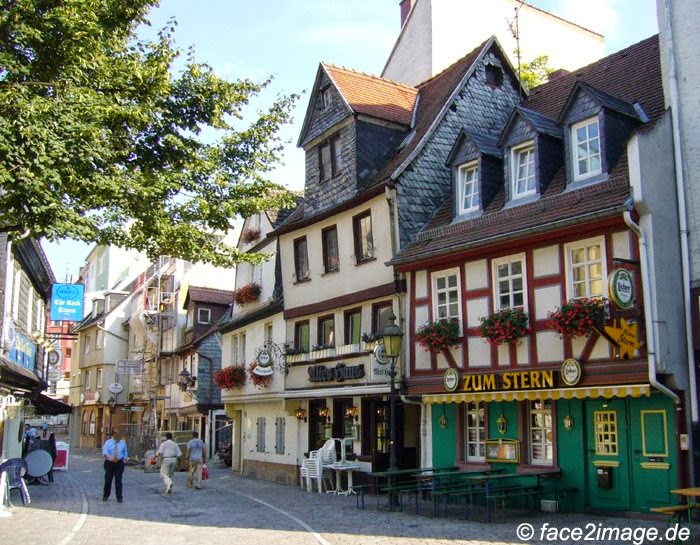 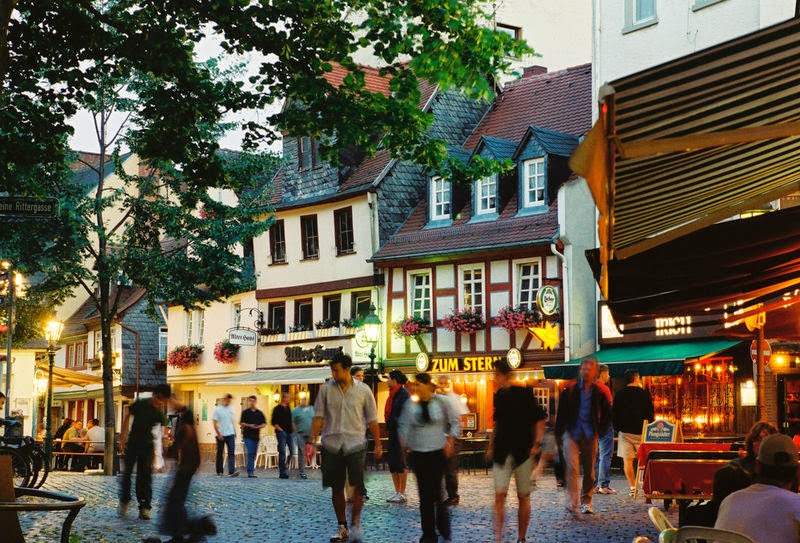 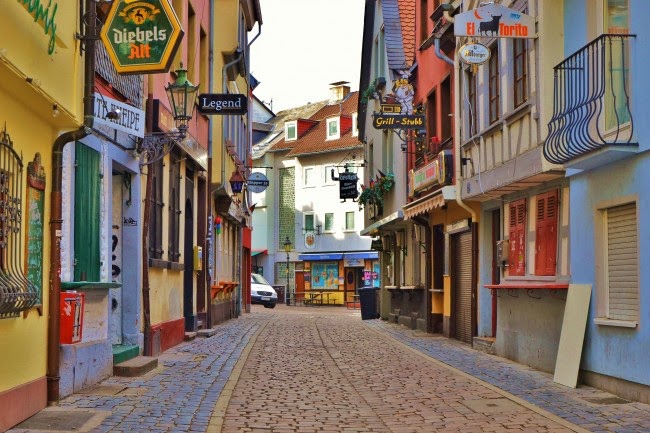 ´
On a related note, I was shocked when, as I was walking to O Dwyers,  I turned onto the street where the pub was actually housed and whoa.  This is hands down the coolest street I have ever happened upon in Frankfurt.  Incredibly charming, super European, gorgeous, typical traditional German architecture, and colorful.  Like a street taken right out of a German fairy tale.  I LOVED it.  I will have to return here at some point during daylight with my camera to take my own photos, but in the meantime, here are some I found on the internet.  This area of the city is called Alt Sachsenhausen. 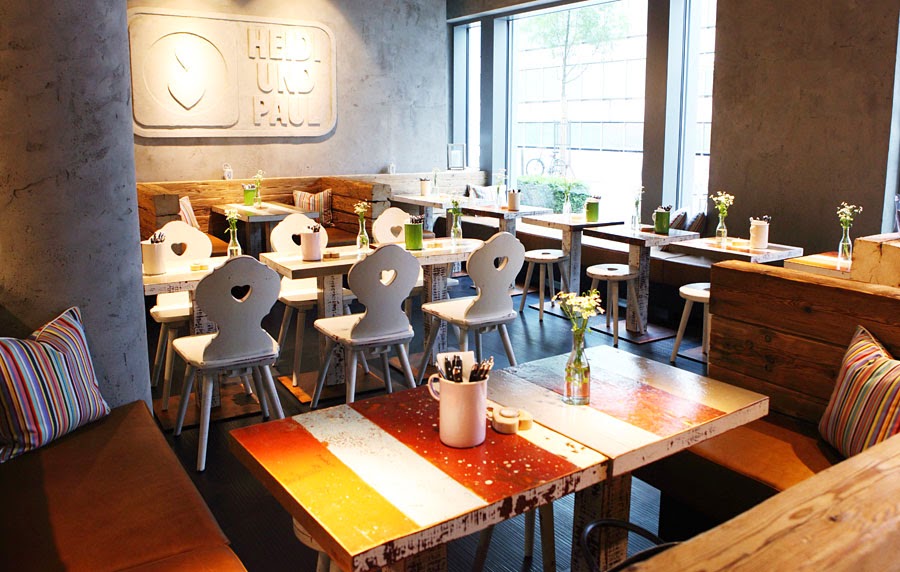 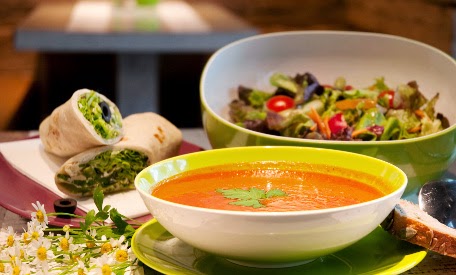 The next delicious location I found myself at is called Heidi und Paul.  This is a bright, simple little cafe where one can "make" their own wraps or salads.  Upon entering the cafe, you grab an order form, check off the corresponding boxes that indicate what you would like to eat as well as what you would like on it and then you order.  The food here is fresh and tasty.  The cafe is sweet and inviting.  I ate a Caesar salad with avocado and red onion added, as well as split a wrap with my generous friend. 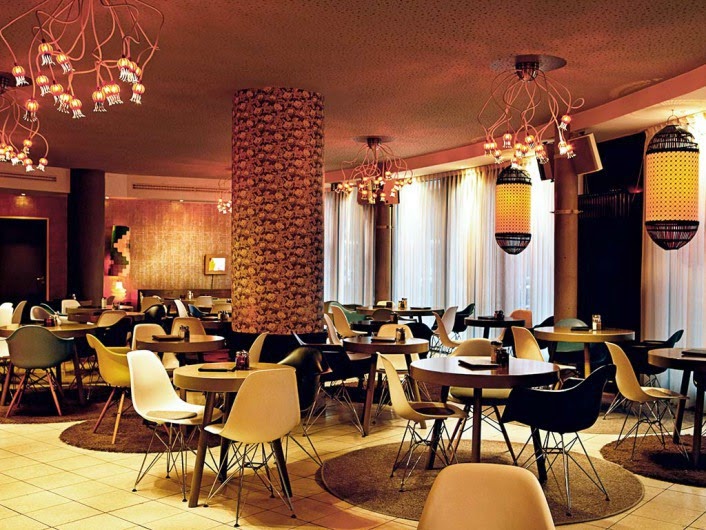 Chocolate cake was eaten at Walden cafe.  Bomb.  SO tasty.  Its super chocolaty with a side of whipped cream drizzled in berry juice and a small cup of chopped fruit.  Delicious.

And finally, another first time visit for me in terms of a city within Germany.  Bad Homburg!  This city was gorgeous.  Super lush, lots of parks, green everywhere, huge homes tucked into hills, lots of trees and flowers, a beautiful winding little "old town" area with cobblestoned streets.  I loved this city.  I took a ton of photos which I will post within a few days. 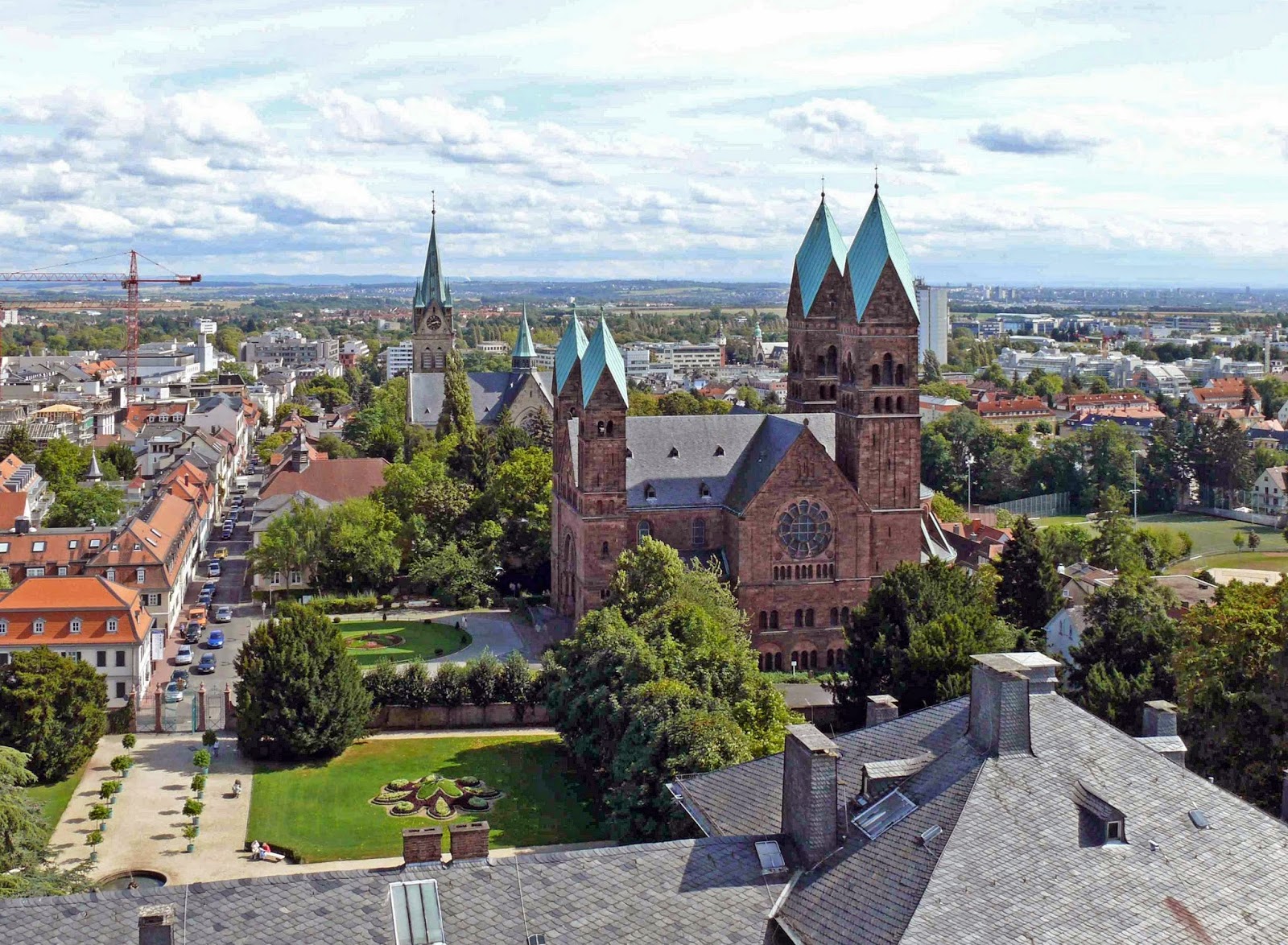 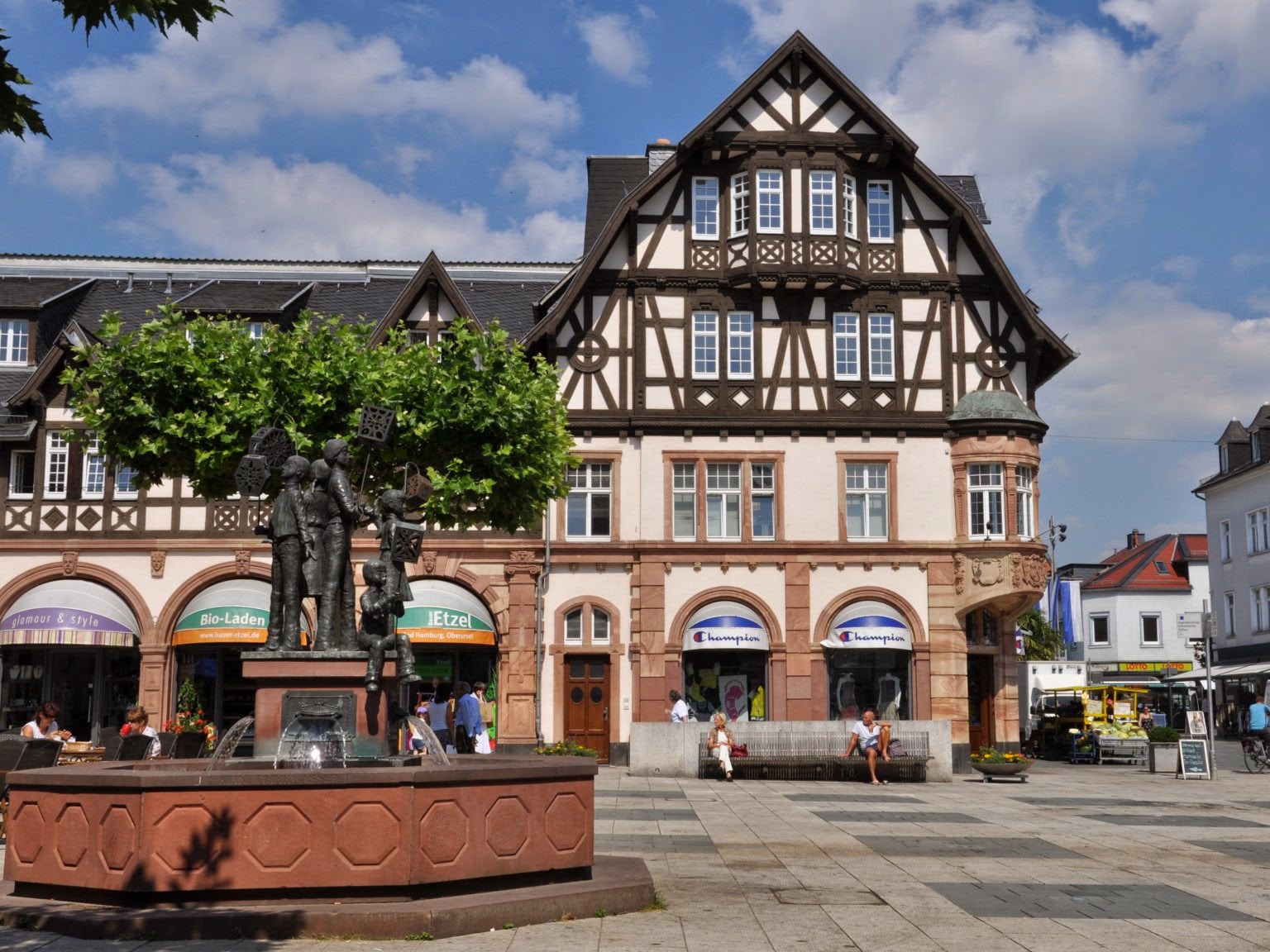 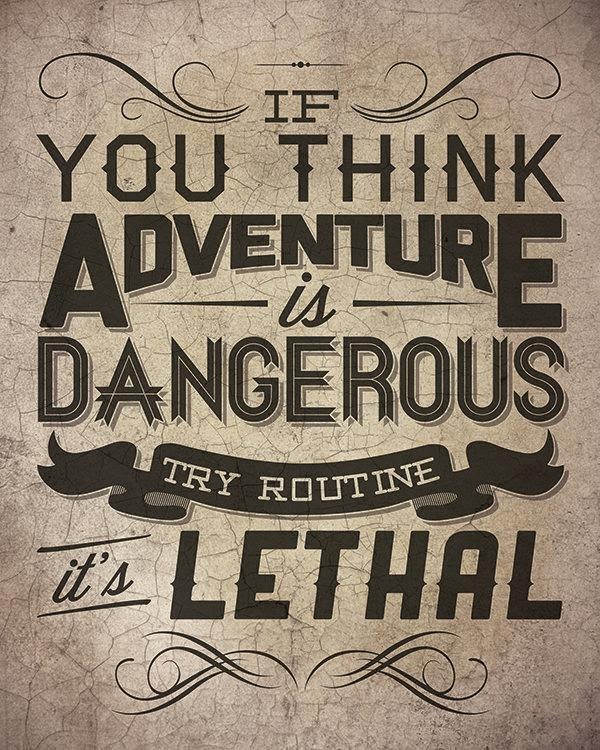